Three conservation groups have sued the federal government over a plan to allow a nonprofit organization log a large forest in Northern California. The conservation groups contend that federal authorities have failed to properly ensure the protection of the Northern Spotted Owl and coho salmon, which are both classified as threatened species under the Endangered Species Act. 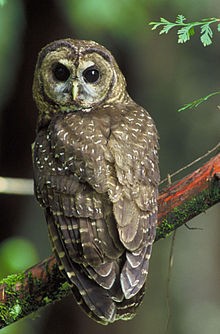 The lawsuit centers on a fifty-year logging project proposed by the Fruit Growers Supply Company, a nonprofit that sells agricultural supplies. Fruit Growers Supply Company plans to cut down trees in a 150,000-acre forest near Mount Shasta and then sell the lumber to help support its business. The large forest includes mostly Douglas fir, white fir and montane hardwoods and is located between Weed, California and the Oregon border.

But the conservation groups — the Center for Biological Diversity, the Klamath-Siskiyou Wildlands Center, and the Klamath Forest Alliance — contend that the US Fish and Wildlife Service and the National Marine Fisheries Service should not have approved Fruit Growers Supply Company’s logging plan. The groups say that Fruit Growers Supply Company’s plans for the longterm protection of the forest are too vague and don’t guarantee that owl or salmon populations will truly be protected once logging starts.

Fruit Growers estimates that logging operations could impact 82 different northern spotted owl sites that currently support about 160 owls. Under the plan approved by the federal agencies, Fruit Growers will be able to kill up to 83 northern spotted owls. In return, the company will be required to create 24 “conservation support areas” throughout the property to help restore owl populations where logging activity will be limited. The habitat conservation plan also prohibits Fruit Growers from creating noise disturbances or harvesting within a quarter mile of owl nesting sites through the breeding season, February 1 through August 31.

The conservation groups also contend that logging will increase sediment in nearby streams and impact more species like the Yreka phlox, Upper Klamath and Trinity Rivers Chinook salmon, and Klamath Mountains Province steelhead. Although a Road Management Plan will require Fruit Growers to reduce the amount of sediment that will flow into nearby waterways during the timber harvest by half, the company doesn’t know how much sediment is already entering the waterways. As a result, the groups say there’s no way to determine just how much sediment can be reduced throughout the next fifteen years.

“Fruit Growers’ fifty-year plan targets endangered species and the forests that sustain them in the first ten years in exchange for forty years of empty promises to do good after the habitat and the species are gone,” George Sexton, conversation director of the Klamath-Siskiyou Wildlands Center, stated in a press release. “The plan fails rare species and is a big step backwards for healthy forests and rivers in Northern California.”

Previous ArticleMPP’s Rob Kampia: Alaska Will Be the Next State to Legalize Pot — Not California