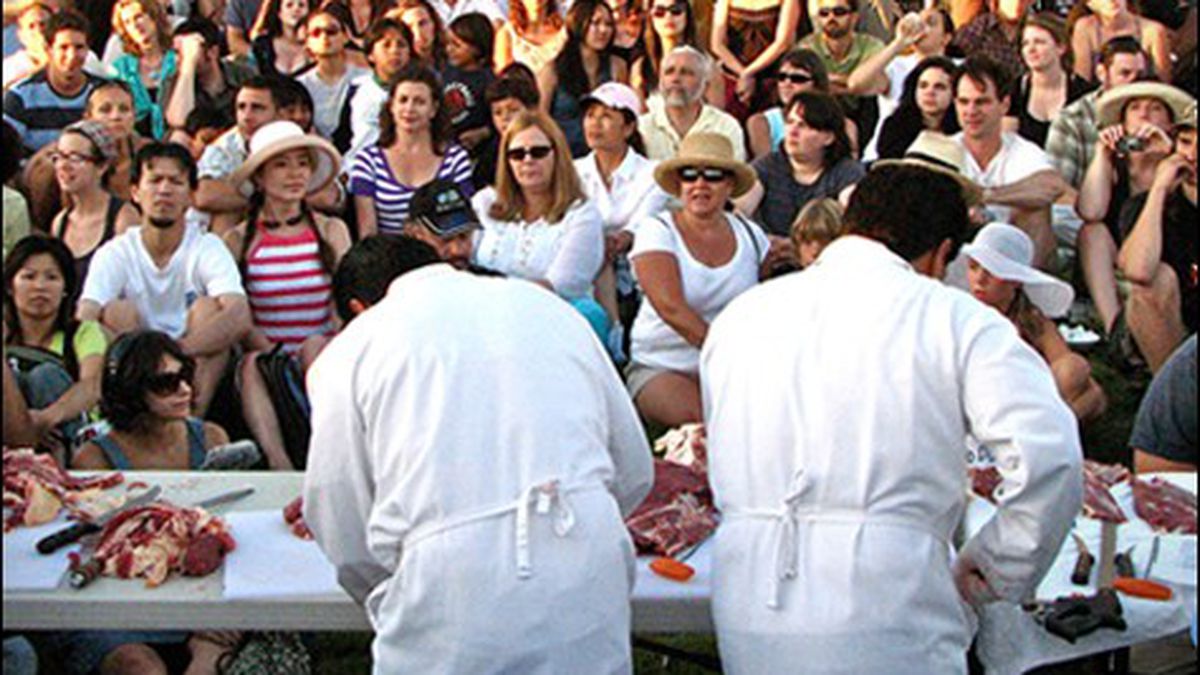 It’s a wonder this is only the second iteration of Eat Real Fest. The East Bay is, after all, an area notoriously saturated with foodies, farmers, and do-it-yourselfers; where Alice Waters, Michael Pollan, and urban farmsteader Novella Carpenter are elevated to celebrity status; where food trucks slinging artisanal tacos, sandwiches, and cupcakes attract around-the-block lines on a regular basis; and where a festival-happy populace manages to throw events celebrating everything from salmon to beer to tomatoes. Suffice it to say that pooling all of that enthusiasm for fresh, local, affordable food into a three-day celebration was a bit of a no-brainer.

At least that’s what Susan Coss and Anya Fernald thought, and it turns out they were more right than they ever imagined. The two had worked together to organize Slow Food Nation, a festival of artisanal food in San Francisco in 2008, and though they were inspired by that event’s success, Coss said they wanted to do something a little more casual and accessible, a celebration of the cheap, tasty street food they loved. What Coss said was originally conceived as a laid-back tribute to taco trucks and beer quickly morphed into something bigger and more ambitious. But, Coss said, “always, at the heart of it was this whole idea that good food can be accessible and affordable — and more than that, that it should be.”

Last year’s event — which, as will this year’s, took place over three days in Jack London Square — featured vendors, live music, and demonstrations. It drew some 70,000 people, far more than the organizers had anticipated. “We were completely and totally excited and surprised by the amazing response we got,” said Coss. As a result, this year they’re scaling the whole thing up. Eat Real is now an all-out celebration of the creation and consumption of artisanal, fresh, and cheap food, something with all the range of activities and enthusiasm for eating of any county fair, but with nary a deep-fried Twinkie in sight. The festival’s added butchering, preserving, and canning competitions, incorporated into what Coss calls an “urban homesteading zone,” upped the number of vendors from forty to eighty, and added a main stage that will alternate between musical performances and professional demonstrations of activities like noodle pulling, pizza tossing, and butchery.

The food-skills stage will offer nonstop demonstrations of how to make cheese, jam, and kombucha, and another area will house workshops covering topics like sauerkraut-pickling, butter-churning, and fish filleting. The Lit Fest will feature local food writers reading stories on a variety of food-related themes (sample topic: “things I’ve eaten off the street”), and short food-related films will also be screened. The beer and wine tent will have kombucha and twenty beers on tap, as well as wine and non-alcoholic drinks. And then, of course, there’s the food itself: spicy pork sausage so creamy it can be spread like cheese, chocolate-bacon whoopee pies, and more varieties of tacos than anyone would know what to do with. To top it off, no food item costs more than $5. Friday through Sunday, August 27-29, in Jack London Square (Broadway at Embarcadero, Oakland). Fri. 2-9 p.m.; Sat. 10:30 a.m.-9 p.m.; Sun. 10:30 a.m.-5 p.m.; free. 510-250-7811 or EatRealFest.com

Who You Gonna Believe?