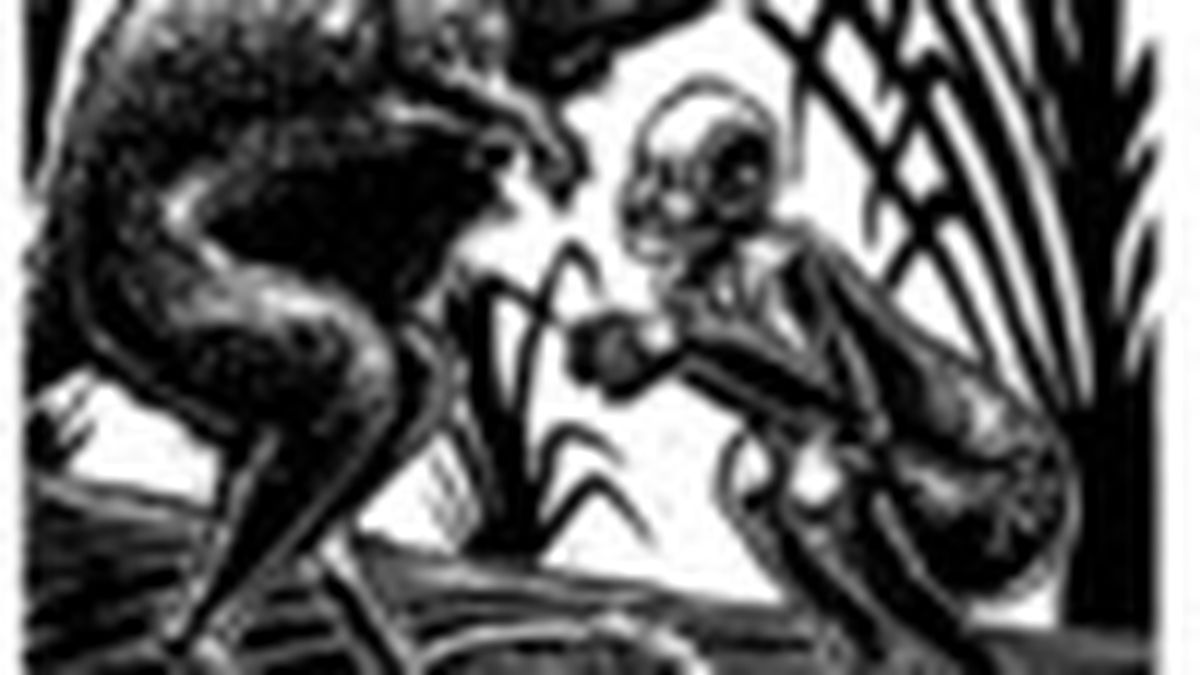 A Look at What We're Buying this Month

1. TALIBAN, by Ahmed Rashid (Yale University, $14.95). A Pakistani journalist offers this close look, published last year, at militant Islam and how it relates to oil and other issues that are currently changing the world.

4. A HEARTBREAKING WORK OF STAGGERING GENIUS, by David Eggers (Vintage, $14). Sad but true and oh so ambitious, this memoir of orphaned siblings spares not a single gory detail.

5. BLOWBACK, by Chalmers Johnson (Owl, $15). Whoops, America blew it by insisting on maintaining an empire in the wake of the Cold War, and this book is an analysis of why people worldwide hate us.

6. ME TALK PRETTY ONE DAY, by David Sedaris (Little, Brown & Co., $14.95). The NPR autobiographer’s essays poke fun at family life down South as well as life as an expatriate in Paris.

7. JIHAD VS. McWORLD, by Benjamin Barber (Ballantine, $15). Globalism (à la multinationalism) and tribalism (à la holy war) are reshaping this planet rapidly, the author tells us, claiming that both are big threats to democracy.

10. KITCHEN CONFIDENTIAL, by Anthony Bourdain (Ecco, $14). A scary amount of smooching, spitting, and other unsanitary stuff goes on behind the scenes at fancy restaurants.

1. THE AMAZING ADVENTURES OF KAVALIER AND CLAY, by Michael Chabon (Random House, $26.95). This tale of two cousins who create a comic-book hero netted its Berkeley author a Pulitzer.

2. PRODIGAL SUMMER, by Barbara Kingsolver (Harper Perennial, $14). A summer in the Appalachians is by twists and turns fruitful and frustrating for men, women, and little crawly things.

3. THE CORRECTIONS, by Jonathan Franzen (Farrar Straus & Giroux, $26). On the downward slide of a degenerative disease, a patriarch heads a modern American family whose misadventures in love and work are all too familiar.

4. LORD OF THE RINGS, by J.R.R.Tolkien
(Houghton Mifflin, $20). Now a major motion picture, this classic tale of hobbits, wizards, sorcery, camaraderie, and an epic quest has tempted generations of children to dream of dragons.

5. BEE SEASON, by Myla Goldberg (Knopf, $13). After a nine-year-old wins an important spelling bee, her family’s dynamic changes completely: She’s the star now, and she watches her role unfold.

6. THE BLIND ASSASSIN, by Margaret Atwood (Anchor, $14). When the car containing one of two sisters sails off a cliff in broad daylight, her sibling enters a dark world of wondering.

7. THE RED TENT, by Anita Diamant (Picador, $14). Briefly noted in the Book of Genesis, our narrator is Dinah, daughter of Jacob; she recalls the triumphs and tragedies of biblical-era women.

8. GIRL WITH A PEARL EARRING, by Tracy Chevalier (Dutton, $24.95). Set in the household of 17th-century Dutch painter Johannes Vermeer, this novel focuses on his servant-turned-model, Griet.

9. HARRY POTTER AND THE SORCERERS STONE, by J.K. Rowling (Scholastic, $16.95). It all began here: with a cool kid finding redemption at a special school for wizards-in-the-making.

10. BALZAC AND THE LITTLE CHINESE SEAMSTRESS, by Dai Sijie (Knopf, $10). During China’s Cultural Revolution, two boys whose lives have been turned upside down experience the power and perils of literature and love.

Facebook
Twitter
Previous articleIt was a dark and stormy month…
Next articleSlick as an Eel
18,637FansLike
0FollowersFollow
67,429FollowersFollow

Choose a Side — Carefully