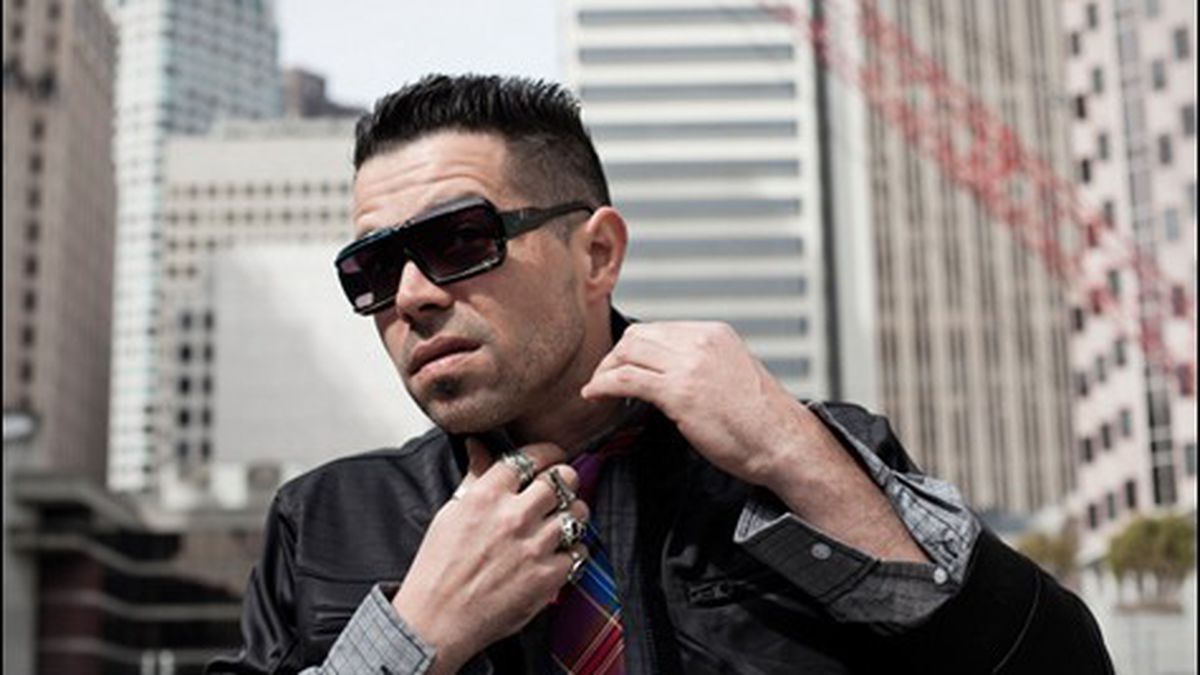 The Oakland rapper grows up, his way.

March, 2012, Low End Theory at 1015 Folsom: Doseone (aka Adam Drucker) decides to gauge the reception to instrumentals on his upcoming solo album. His set is scattered, dissonant, and experimental to the core — a throwback to the original Low End sound. The fans push closer to the speakers, but some, hungry for heavy-bass dance-pop, grow restless. From somewhere in the mob a slurred voice shouts, “Drop the beat already!” The music stops and the room goes silent. Drucker stares out into the darkness with an exhausted sneer. “Fuck you, asshole,” he finally says, and then returns to the decks.

Rapper, artist, producer, poet, illustrator, and local personality, Oakland’s Doseone rose from humble origins rap-battling a then-unknown Eminem and went on to cofound record label Anticon. With his characteristic, ever-changing style that’s one part machine-gun-fire rapping, one part discordant melody, and one part wild card, Doseone never gives his fans the same thing twice. With a genre-crushing body of work as varied as it is prolific, Drucker, 35, has given the impression of being tireless. He spent nearly twenty years spearheading the indie rap scene, having produced 22 full-length albums and been involved in 12 noted collaborations.

But it turns out his indefatigable persona had became part performance, and Drucker had, in fact, grown tired. Two years ago, exhausted from the industry of making music — the touring, promoting, and selling — Drucker began withdrawing.

“The music became a heavily clouded machine,” Drucker said. “You write lyrics to record an album to go on a tour to get inspired to write more lyrics.” Plus, after two decades of funding projects he was passionate about while barely making rent, Drucker incurred $20,000 in debt.

Now, he’s returned to his old self — buried in a million different projects — with one major distinction: a day job that keeps him out of debt and allows him to take even bigger risks.

Granted, part of his debt may have been attributed to his purist ethic. Drucker has always been specific about what he wanted to do and when he wanted to do it — sometimes losing fans in the process. “You love the me you love,” he said. “The Dose I am now is maybe not the Dose you originally got into.” Part of it may also have been due to his overcommitment to a multitude of projects. Or to his eclectic aesthetic and overly concerted effort to not sell-out — to not be marketable — at whatever cost. Part of it might have been that Drucker is, actually, a good guy, and good guys, while not always finishing last, often finish poor. But whatever the reason that led to his debt, the consequence was the same.

“The debt made me feel underpaid and owed, and brought on regret and bitterness I didn’t want,” Drucker said. “It became denial, regret, failure, waste, and I didn’t want to put that on my music.”

So Drucker did what many thirtysomething Generation X artists decide to do at a certain point: He got a day job. Coming up in the scene, Drucker said he and his longtime collaborator Jel were regarded as white trust-fund rappers, but they weren’t. While working on one of the duo’s many projects, a YouTube meme for Conan & Friends, Drucker learned overdubbing skills that led to his current work scoring music for MTV and Nickelodeon video games. For an artist often associated with aggressive rhymes questioning Middle America and consumerism culture, this may seem a departure from principle.

“It’s not an abuse or trampling upon what I do,” Drucker said. “If I’m going to extend art to money, than this is what I’m okay with.” He added that his new job designing sound for games such as Jersey Shore and SpongeBob SquarePants isn’t that different from what he was doing before. “It’s still a building of worlds and a shaping of user experience.” It’s not, he said, the same as allowing a song of his into an ad for Nike or McDonald’s. Plus, he said, video games are a great forum for his arsenal of “stupid” voices.

But the job did more than free him from debt — it also released him from his expectations about his career. After spending most of his adult life as a self-described control freak and perfectionist, disheartened by watching his peers play the “youth catch-up game,” wrought with questions of whether music had his back, Drucker found that his job allowed him to let go of control and, in doing so, rekindle the energy that originally led him to music.

On his most recent album, G Is for Deep, which he tested that night at Low End Theory, there’s evidence of Drucker’s rediscovered joy. He replaces his customary rapping with a lyrical, laid-back (by Doseone standards) rap-singing. The songs are simpler and more composed than his past work. And while previous Doseone releases sounded like he was rapping inside a cave, “building my rhymes with twigs,” this album sounds more like a hypnotizing dream. “This was my blues, kind of my R&B,” Drucker said. G Is for Deep is an album of questions and disappointments, crescendoing into a catharsis.

And it seems that catharsis left him the necessary room to further develop his work. Drucker teamed with Mike Patton and TV on the Radio’s Tunde Adebimpe for The Nevermen, a brassy, theatrical, and unexpectedly lighthearted mix of jagged rock, jam band, and doo-wop. Combining Patton’s layered builds and unique rock aesthetic with Tunde’s clean yet emotive drumming and Drucker’s interwoven rap and dissonant start-and-stop melodies, the collaboration was rich, exciting, and truly jaw-dropping.

His new collaboration with Alan Moore and Mitch Jenkins, The Show, is a series of haunting, hallucinatory short films produced by Lex Records and The Creators Project. Drucker is also one half of the duo Crook&Flail, alongside Fog’s Andrew Broder, which is scoring and designing sound for a set of shorts. The first, Act of Faith, will premiere in theaters and online November 19, followed by Jimmy’s End, which will be released November 26.

Drucker is also working closely with animator/creator Ghostshrimp (Adventure Time) to score, sound-design, and do voiceovers for Mars Safari, an amazingly weird, hyperactive, and hysterical (in all senses) cartoon for children. Produced by Cartoon Network, Mars Safari will air next year.

Most exciting, however, may be Drucker’s return to his East Bay roots with his collaboration with local vocalist Ashley Gallegos. Akin to Swedish electronic duo The Knife, their coupling is a dark, electro, dance-pop project that treads experimental waters. Fist-pumping bass lines and Gallegos’ sexy, breathy vocals soften Drucker’s characteristic terse rapping and arrhythmic flow. The result is a playful, gritty, and thoroughly Oakland dance album that’s bound to leave any crowd sweaty and breathless, and any Doseone fan wondering if he has, finally, dropped the beat. As for those same fans wondering if this is just another Doseone side project?

“That’s the ultimate middle-finger monolith,” Drucker said. “There are no side projects.” The still-untitled duo is rehearsing to play local shows in early December and prepping to release its album in the new year. “The music is all I have and it’s more sacred than it has ever been,” Drucker said. “I don’t do Buddha. I just do work. And if I don’t enjoy my moments of passage, no one will.”

Eviction Protections Could Be Extended to Thousands More Oakland Homes Through...

The Year of the Corrupt Cop

Six Nonfiction Books to Give for Holiday Gifts