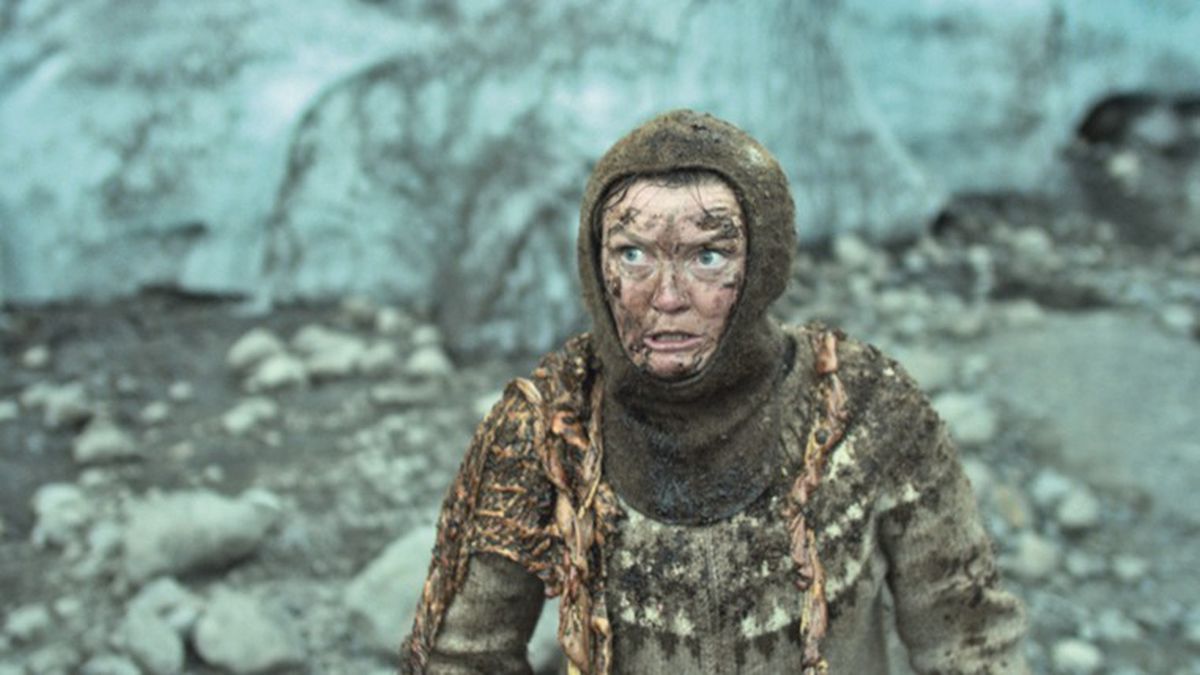 Don’t Mess with This Woman at War

Halla (played by actor Halldóra Geirhardsdóttir) has an earnest, freshly scrubbed, Northern European face. Sensible. Not easily dissuaded. So when we see her, in the opening scene of Woman at War, crashing a power grid by shooting an electrical tower with her bow and arrow, we’re ready to believe she has her reasons.

She does. The heroine of director Benedikt Erlingsson’s quirky, humanistic, determinedly humorous drama Woman at War is so outraged by climate change, and the Icelandic government’s seemingly lackadaisical attitude toward companies that contribute to the impending catastrophe, that she takes matters into her own hands. And so the middle-aged, small-town chorus director becomes an environmental guerrilla, and eventually a fugitive, in addition to being a dedicated earth-hugger.

The authorities naturally see the unknown “Mountain Woman” as a potential terrorist, plunging communities into power blackouts in an attack on ordinary people. But Halla and her “cousin,” a burly farmer named Svenbjörn (Jóhann Sigurdarson), know that she only targets multi-national corporations that value profits over the health of the Earth. The police deploy helicopters, drones, video surveillance, DNA evidence techs, and listening devices (she and her allies always put their cell phones into the fridge when they want privacy) against Halla, but she perseveres.

There’s more than a hint of the films of Finnish filmmaker Aki Kaurismäki in Halla’s misadventures. That includes a pertinent running gag about an innocent Spanish-speaking tourist (Juan Camillo Roman Estrada) who always gets picked up by the cops — they naturally suspect this dark-skinned stranger. Meanwhile, Halla is increasingly shadowed by a trio of musicians and three Ukrainian folk singers, who perform in frame as witnesses to her exploits. At one point, the fleeing Halla even hides inside the crevices of a melting glacier. The sight gags increase as Halla’s campaign gets more perilous. The absurdist touch of Erlingsson’s (Of Horses and Men) screenplay — co-written with Ólafur Egilsson — suits the topic, but it’s Halla we believe in. She should run for office.&#8;

The Battle for Los Angeles