Cities are starting to pull their investments out of the oil, gas, and coal industries, but the biggest public investors like CalPERS remain unmoved. 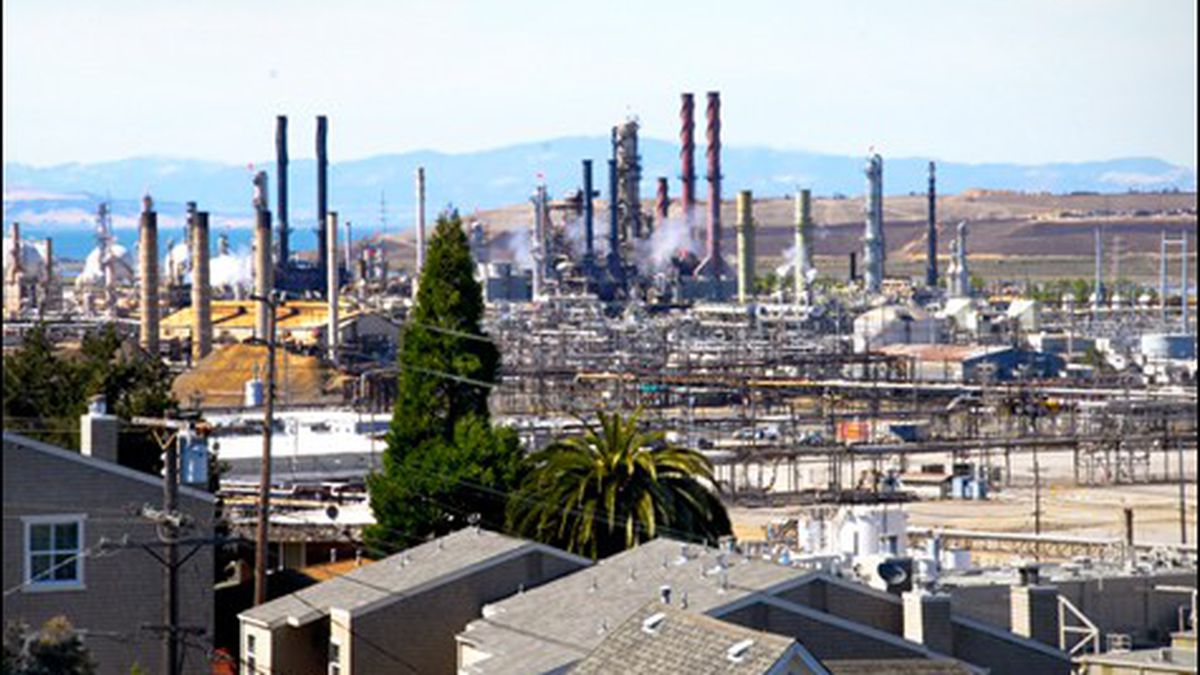 On April 23, the San Francisco Board of Supervisors passed a resolution urging the San Francisco Employees’ Retirement System (SFERS) to divest its holdings in fossil fuel companies. SFERS holds stock in dozens of oil, gas, and coal companies valued at a total of about half a billion dollars. San Francisco was following Seattle’s lead in publicly attempting to break with fossil fuel companies, and other municipalities are also taking up the cause. Late last month, Berkeley Mayor Tom Bates introduced a similar resolution. It also calls on CalPERS, the State of California’s massive pension system, to dump oil, gas, and coal investments from its portfolio.

Divestment might be a way to undermine the hegemony of fossil fuels from the bottom up, say those pressing the issue before different cities and university boards. “Our goals with this campaign are to turn climate change into more of a moral fight, weaken the political power of the fossil fuel industry, and to make an economic impact by moving money out of the fossil fuel industry and towards climate solutions,” explained Jamie Henn of the environmental nonprofit 350.org.

Divesting from fossil fuels is easier urged than actually done, however. Four of the ten largest corporations in the world measured by market capitalization are oil drillers. Most of the world’s electricity and transportation fuels are derived from coal, oil, and gas. In the United States, the oil and gas industries have become highly profitable over the last decade by aggressively using fracking techniques to squeeze hydrocarbons from otherwise dry rock. Huge pools of capital from private banks and insurance companies capital are financing mining operations on every continent and ocean. Rich off these exploits, the dirty energy industry pours money into lobbying efforts around the world, but especially in the United States, to prevent policies like a carbon tax or treaties like a global climate accord that would undermine the profitability of fossil fuels and steer capital to clean energy.

“We have no illusion that we can bankrupt a company like ExxonMobil through divestment, but we can vilify them to the point where they begin to lose their political influence,” said Henn. Divestment activists are working in upwards of one hundred cities nationwide, circulating petitions, and this summer will likely see other big cities bail on fossil fuels in very public ways.

Industrial corporations, however, rarely use stock to finance capital expenditures and operations. Instead, fossil fuel giants prefer to use internal profits and bond debt to drill new wells and explore new fields. Credit lines from banks like Wells Fargo and JP Morgan provide another key source of capital, all of which are impervious to the ethical considerations of public officials.

In 2012, ExxonMobil booked $45 billion in earnings — a lot of cash to finance new fossil fuel ventures without even having to tap financial markets. Ivo Welch, a professor of finance at UCLA’s Anderson School of Management, said that divestment from stock will do nothing to influence the fossil fuel industry. “It will not change the decisions of Exxon. Relative to the huge amounts of money in the economy, it’s a tiny drop in the bucket.”

However, numerous pensions and foundations do, in fact, buy fossil fuel company bonds. Divestiture from these securities could potentially reduce the availability of capital going to smaller oil, gas, and coal corporations in markets where they expand. According to data extracted from CalPERS’ 2012 annual report, the pension owned eighty different bonds for oil, gas, and coal corporations, including companies with some of the biggest stakes in the highly controversial tar sands oilfields of North America, like Nexen, Inc. and Canadian Natural Resources. All told, CalPERS holds fossil fuel company bonds valued at $1.4 billion, about 12 percent of its total corporate bond portfolio.

CalPERS also has billions of dollars invested in private equity funds, some of which have used the pension money to take major ownership stakes in fossil fuel companies. For example, last year the Blackstone private equity firm used several hundred million in CalPERS money to buy oil tankers. Nationwide, pensions, university endowments, and other investment funds that are the target of activists likely own tens of billions in fossil fuel company bonds, and billions more in stock.

Still, 350.org has no illusions about what it can achieve. “The goal of divestment isn’t to tank a company’s share price, it’s to make a powerful moral statement that can have a political impact,” said Henn.

Henn also noted that the goal isn’t just getting money out of dirty energy companies; it’s about redeploying pension and endowment capital away from fossil fuels and into renewable energy. “I hope that, in the end, reinvestment will become an even bigger movement than divestment,” he said. “There are these huge pools of money sitting in college endowments and state pension funds that could be invested in ways that both deliver a good return and help the environment and community in the process.”

CalPERS, which is not considering a divestment program from fossil fuels, currently allocates $1.2 billion of its total $179 billion in assets toward stock in companies developing “clean energy” sources, such as wind, solar, and biofuels, according to a sustainability report issued by the pension last year. To put that in perspective, however, CalPERS owns $1.75 billion of stock in ExxonMobil and Chevron, its top two oil company holdings. If CalPERS were to divest of its ExxonMobil and Chevron stock and use the money to purchase shares or bonds of solar or wind energy companies, it could instantly double its clean energy investments.

Unlike with mature oil, coal, and gas companies, purchasing stock in younger clean energy businesses does often provide a source of finance for the firm to build energy projects and expand its operations. Many clean energy companies are ripe for IPOs and other new issuances of stock. However, zero-carbon sources of energy come with enormous risks for investors, due partly to the political power of the fossil fuel industry that enables it to continue to obtain large subsidies and externalize environmental costs onto the public.

CalPERS is actually scaling back on clean energy investments after experiencing a negative 9.7 percent return on its clean-tech fund. The pension is being pressured to divest from solar, wind, and other alternative energy ventures because of the strain it’s under to post at least a 7 percent return in order to fund public employee retirement.

“We’re all familiar with the J-curve in private equity,” CalPERS chief investment officer Joseph Dear joked at recent industry conference. (The J-curve refers to the shape of investment returns over a ten-year span in which a fund loses money the first few years, but then swings into profit in latter years.) “For CalPERS, clean-tech has got an L-curve, for lose.”