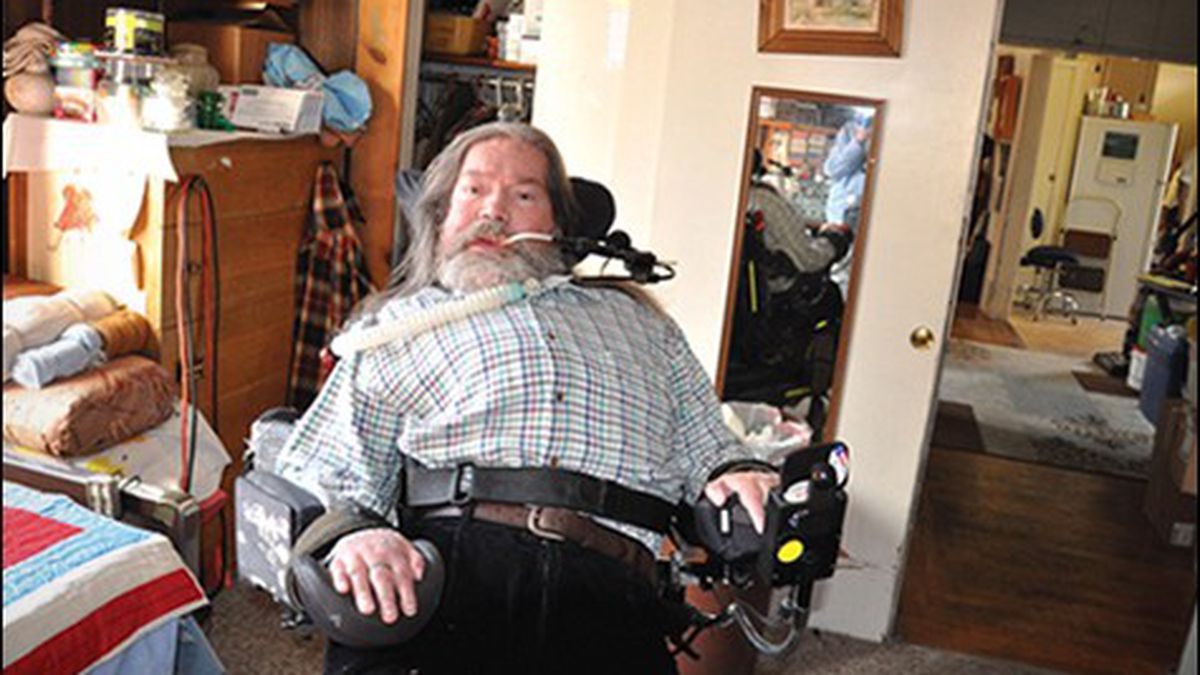 East Bay residents say the governor's proposal to slash health services will push them into institutions and cost the state more money than it will save.

With California’s budget $25 billion in the red, Jerry Brown has proposed slashing $12.5 billion from programs largely serving the disabled, the poor, children, students, and seniors. The governor plans to make up most of the other half of the deficit by convincing voters to extend temporary tax increases for five years. But the East Bay’s disabled community, accustomed to fighting for its rights, has teamed up with groups around the state, and is standing up to Brown’s plan. They’re also standing up to liberal Democrats who are going along with the proposed service cuts, claiming the Republicans’ vow not to raise taxes has them in a stranglehold.

“If we lay down and do what they want, people will die; we have no choice but to fight this,” said Blane Beckwith, a quadriplegic from Berkeley, active with CUIDO, Communities United in Defense of Olmstead. Olmstead refers to a 1999 US Supreme Court decision affirming the right of disabled people to live among their able-bodied peers. CUIDO is the group that spearheaded “ArnieVille,” last summer’s month-long encampment on a South Berkeley traffic isle, where protesters challenged Arnold Schwarzenegger’s proposals to cut services for disabled people — proposals, Beckwith says, that were not so different from Brown’s.

Activists packed recent legislative hearings in Sacramento to speak out against the cuts, and demonstrated at San Quentin prison, calling for funding for disabled services rather than for a new $356 million Death Row. They say Brown’s budget will leave institutionalization as the only option for disabled people who lack the assistance they need to maintain their independence. Proposed cuts include reducing attendant care hours by 8 percent, capping doctor appointments at ten per year, limiting prescriptions to six per month, and setting an annual ceiling of $1,600 on equipment costs. Along with cutting an individual’s $845 disability check to $830, new rules would require co-payments of $5 for doctor, clinic, and pharmacy services; $50 for emergency room services; and $100 per day co-pays for hospitalization, with a $200 maximum. Brown also is proposing a $750 million cut in services to the developmentally disabled, and the elimination of adult day health centers for fragile elders.

Beckwith said he’d be hit from all sides if the cuts go through. He’s totally dependent on attendants to get him out of bed; help him use the bathroom; and feed, bathe, and dress him — plus make sure his ventilator, which he rents for $1,800 per month, is working properly, and more. Attendant hours were already cut under Schwarzenegger.

Beckwith takes a dozen different medications — for high blood pressure, an intestinal condition, breathing-related issues, and the list goes on. “What’s scary is cutting down to six prescriptions per month,” he said. In general, Beckwith, who hasn’t seen a dentist in years because he said can’t afford to, said he’s generally in good health, but last year, with a broken leg, a thyroid problem, and allergies, he had more than ten doctor visits. Beckwith said if restrictions on the number of doctor visits had been in place, he would have limited his appointments to ten, causing his health to deteriorate, possibly to the point that he’d have ended up in the emergency room, with greater costs to the state than more doctor visits.

Michelle Rousey, an Oakland resident who chairs Alameda County’s Public Authority Advisory Board on home health-care services, is among the hundreds of disabled people who spent long hours in the packed Capitol hallways over the last few weeks, waiting for their minute to address the legislators who, she said, hold the quality of their lives in their hands. “I don’t want to be sentenced to a nursing home,” Rousey said, adding that institutional care would cost taxpayers more than paying for services to keep her living independently.

Rousey has asthma, chronic obstructive pulmonary disease, and several different bone diseases. She uses an oxygen tank to help her breathe and a specialty wheelchair to get around; the chair tilts and reclines, adjusting her position to minimize her constant pain. The chair requires new batteries every year, at a cost equal to the proposed $1,600 annual equipment ceiling. “Without my chair I’d be stuck in bed all day and all night,” Rousey said.

Jean Stewart, a CUIDO organizer and author from El Sobrante, said the proposed cuts violate Olmstead, which “is supposed to give us the right to live in our homes in integrated settings.” Stewart, who uses a wheelchair and suffers from a condition brought on by pesticides she worked with as a researcher, argues that it’s a question of equal protection. “Our rights are guaranteed by the Supreme Court in just the way that women and people of color’s rights are,” she said.

Liberal legislators are not unsympathetic. State Senator Loni Hancock, a Democrat who represents constituents from Richmond to Livermore, called the proposed cuts “brutal.” But she argued, in a brief telephone interview sandwiched between meetings, that because California Republican legislators (except Senators Anthony Cannella of Ceres and Sam Blakeslee of San Luis Obispo) signed a pledge not to raise taxes, it isn’t realistic to push for tax increases. “We have to find twelve and a half billion dollars to cut,” Hancock said. “We have to make the cuts as least harmful as possible.”

The only hope Hancock sees to avoid cuts even deeper than those already proposed is the governor’s plan to extend temporary tax increases — rather than fighting what she says would be a losing battle for new taxes. Hancock said simply placing the measure on the ballot won’t be easy, since that requires a two-thirds majority in each house, meaning they would need all the Democratic votes, plus three Republican votes in the Senate and two in the Assembly.

CUIDO is working in coalition with other organizations statewide, including Health Access California and the Health and Human Services Network, calling for the governor to add new revenue to his budget proposal. Stewart points to the possibility of $20 billion in new revenue sources put forward by the California Tax Reform Association. That includes an oil severance tax that would bring in $1.2 billion annually; reinstating the top bracket income tax for $4 billion; closing corporate property tax loopholes, $2 billion; increasing tobacco and alcohol taxes, $2.4 billion, and improving tax collection, $1.5 billion.

Brown’s budget “cozies up to all the same corporate fat cats that our budgets have always cozied up to,” Stewart said, adding a message to Hancock, Assemblywoman Nancy Skinner, and other liberal Democratic legislators: “There comes a time when you stand up — figuratively speaking — and say, ‘I won’t go there and I won’t participate in this bloodbath.’ Our blood is on your hands if you pass this budget.”