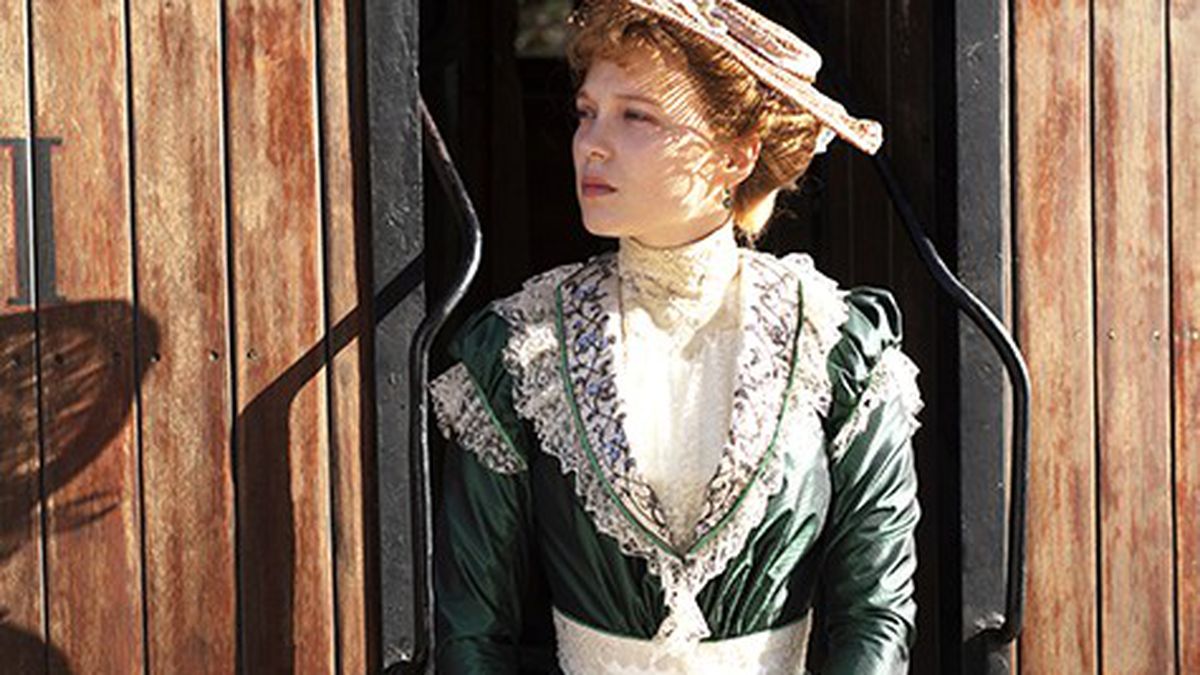 ‘Diary of a Chambermaid’: Service with a Snarl

There’s a persistent ice-cold streak running through many of Léa Seydoux’s on screen characters. Whether in the role of a lesbian sex kitten in Blue Is the Warmest Color or as a dystopian huntress in The Lobster, the thirty-year-old French actress slips easily into parts that require a certain brass-bound resolve. Seydoux’s latest, Diary of a Chambermaid — writer-director Benoît Jacquot’s remake of Octave Mirbeau’s 116-year-old novel of the same name, set in provincial France in the time of the racially divisive Dreyfus Affair — provides her with ample opportunity to do what she does best. For all its costumed finery and Belle Époque setting, it’s one of the bitterest dramas of Seydoux’s less-than-saccharine career.

The film opens with the title character, Célestine (Seydoux), projecting a combative attitude at the office of an employment agency trying to offer her a new position. After barking a bit about her lot in life, Célestine reluctantly takes a train to the country home of the Lanlaire family. The job stinks. The fastidious, nagging Madame (Clotilde Mollet) complains incessantly and Monsieur (Hervé Pierre), a dumpy little man, attempts to feel up his new maid twenty times a day. The coachman is a surly, uncommunicative anti-Semite named Joseph (Vincent Lindon), and the nearest neighbor, the eccentric Capitaine (Patrick d’Assumçao), is in the habit of throwing rocks and garbage over the fence into the Lanlaires’ yard. It is not in Célestine’s nature to shrug off other people’s bad manners. Her response, at first, is to mutter insults under her breath. But the mounting pressure is reflected in every scene.

Jacquot’s version is the third time around for Chambermaid. In 1946, Jean Renoir saw the story as more of a romantic comedy, with Paulette Goddard sorting through various admirers. The 1964 Luis Buñuel/Jeanne Moreau redo dwells on kinky fetishism and Joseph’s racist animosity, with Moreau in the role of mocking catalyst. By contrast, Jacquot’s vision — he co-adapted Mirbeau’s novel with Hélène Zimmer — is built around Célestine’s barely concealed contempt for her employers. It more closely resembles Claude Chabrol’s La cérémonie (1995), in which malicious maid Sandrine Bonnaire finds common cause with disgruntled postal worker Isabelle Huppert in a full-on class-based assault on a bourgeois household. Chabrol’s rich folks annoyed their hired help by watching opera on TV. In the new Célestine’s case, her resentments go all the way back to childhood, through a lifetime of rape and exploitation. The fact that this victim then warms up to a hate-filled brute, who may or may not be guilty of violating and murdering a young village girl, is part of Jacquot’s ironic arsenal. The more we think we understand Célestine and what drives her, the less we actually do.

All the actors fit their roles perfectly, from Seydoux all the way down to the gaggle of housemaids who meet to gossip and trade atrocity stories. The only exception is Lindon — his Joseph deserves a monstrous, over-the-top performance to match his crimes. But no complaints about Mollet and Pierre as Célestine’s mealy-minded bosses, nor about Mélodie Valemberg, Yvette Petit, and Adriana Asti, as, respectively, as the Lanlaires’ miserable cook, the village abortionist, and a local procuress. The society Célestine can never seem to escape is rotten to the core. She continues to tread through the muck, plotting her revenge and reliving her shame in flashback nightmares. If Jacquot’s deceptively packaged, fake-genteel fin-de-siècle melodrama has a “Class Warfare for Beginners” tinge about it, we’re ready to forgive that every time Seydoux flashes her angry pout. This maid was made for retribution, not cute little curtsies.