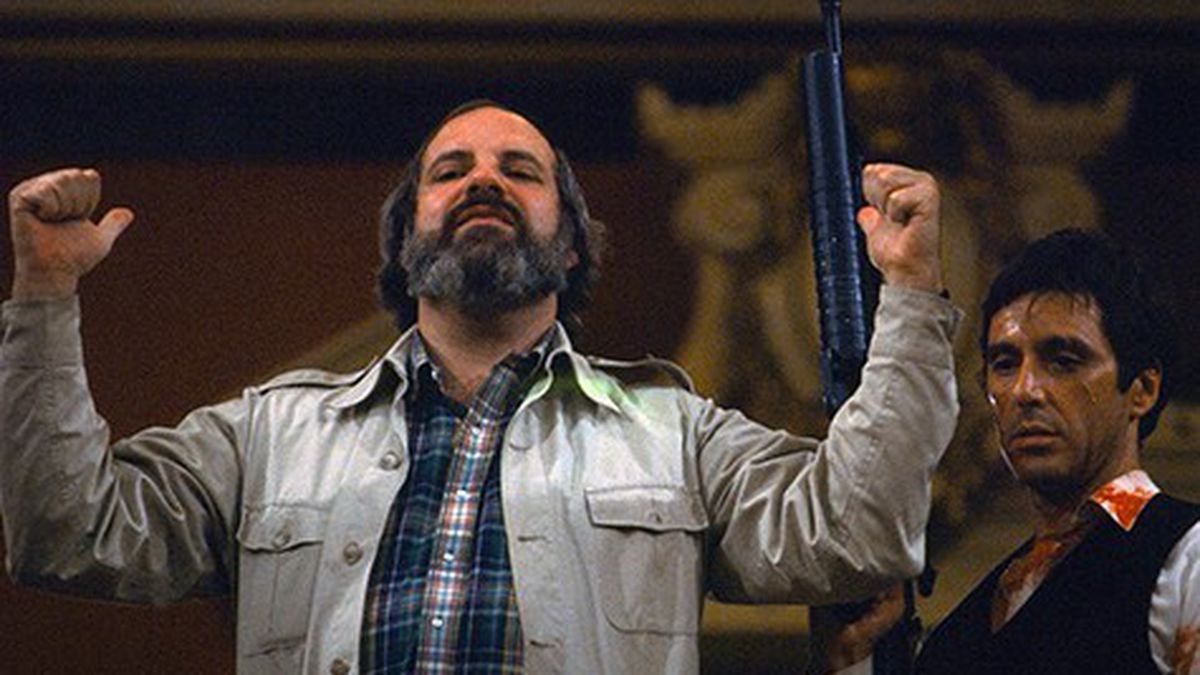 Doc reveals director as a science nerd with a taste for blood.

Director Brian De Palma, subject of the new documentary De Palma, is notorious for his money shots: the giant drill going through a victim in Body Double; Sissy Spacek’s blood-drenched Carrie wreaking vengeance on her high-school tormentors, and the “hand from the grave” finale; gangster Tony Montana (Al Pacino) nose-diving into a hill of cocaine in Scarface, plus the chainsaw torture sequence from the same movie; the “Odessa Steps” tribute montage in The Untouchables, etc. Quite a row of grisly, grotesque images. We might even go so far as to call them gimmicks.

There has to be more to De Palma than shocks and splatters — otherwise Herschell Gordon Lewis and Eddie Romero would rate their own big-budget critical studies. It’s the job of Noah Baumbach and Jake Paltrow, who made the doc, to examine the hows and whys behind the 75-year-old De Palma’s oeuvre, and what makes him worthy of serious attention. Longtime De Palma friends Baumbach (Frances Ha) and Paltrow (Young Ones) decided to interview the director in person and let him discuss his filmography on screen, in chronological order, with no other talking heads. This gives us the director’s unfiltered point of view but ultimately proves limiting.

De Palma is a well known admirer of Alfred Hitchcock, even going so far as to claim that he’s the only director to use Hitch’s trademark visual approach. That may be, but De Palma often seems inordinately fond of blood (he excuses that by explaining that his father was a surgeon), a preference that has caused on-the-job disagreements with writers, not to mention the studios, over his taste in images. In the case of Scarface, disappointing initial grosses gave way to cult-hit after-market status because the violence appealed to hip-hop fans and gamers — two fan bases De Palma evidently wants nothing to do with. The director’s candid commentary reveals him to be a cultivated man with a gut-bucket sensibility trying to make mass-market commercial hits (à la the first Mission: Impossible) but who rarely finds the right combination of style and substance. At least we now know why he did what he did.

Digging Dirt to Dial For Dollars?