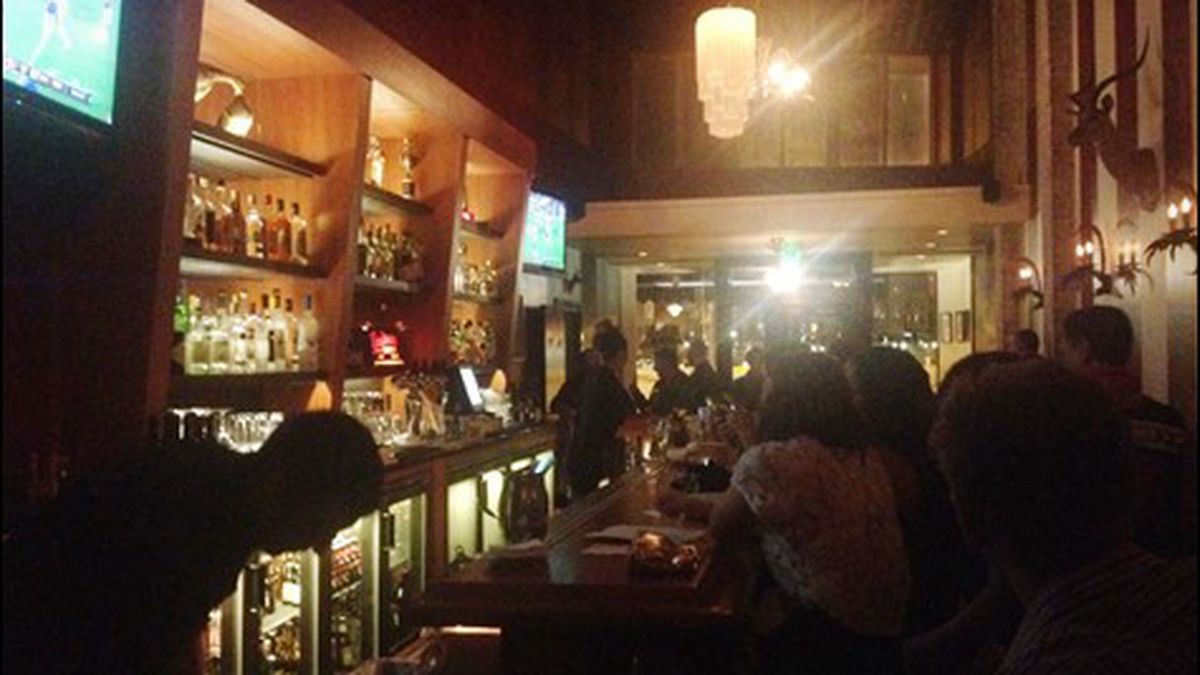 Did Downtown Oakland need another nicely appointed, preciously decorated, craft-booze-centric, gourmet-snacks-carrying, upwardly mobile-clientele-having bar? Empirically: It did not. Fauna, the latest addition to the rapidly expanding manifest destiny that is the Dona Savitsky-Thomas Schnetz mini-empire, sits between fellow colonies Xolo (nicely appointed gourmet snacks, hold the hard liquor) and Flora (upscale snacks and craft booze in a restaurant setting). It is up the street from Make Westing, a few storefronts north of Bar Dogwood, a couple blocks away from Plum Bar, and within a rough mile of Bar Three Fifty Five, The Layover, Hopscotch, Era, The Night Light, SomaR, District, The Den, Luka’s, and probably more I’m forgetting, plus no fewer than five forthcoming bars, all of which are sure to settle comfortably into the nice/precious/craft-y/snacks-y/youthfully urban professional axis of genteel pleasantness. It is, on a practical level, wholly unnecessary, and yet: Here it is, and here we are. The divine imperative toward outward expansion strikes again.

Fauna is one part hunting lodge, one part art-deco, all parts darkly comfortably/comfortably dark, with just a welcome hint of weirdness shining through; its particular take on nicely appointed and preciously decorated is, in other words, a good one. It’s in a narrow, high-ceilinged former storage closet next to Flora with a sturdy wood bar, low lighting, and walls painted in thick stripes of alternating ivory and brick, for an effect that evokes a very classy circus. There’s a triptych of stills from Planet of the Apes in the north alcove and a Donnie Darko-style stuffed rabbit perched on a tiny chair in the loft space; the copious taxidermy, meanwhile, makes for an excellently macabre twist on the name.

The rotating drinks menu takes the craft-booze thing predictably seriously with six or so specialty cocktails — recently, two with gin, one each with tequila, rum, and bourbon, and a shandy — plus five beers on tap and many more in bottles, in addition to a capable and well-curated wine selection. Snacks, in this case, include burrata on toast with gray salt and olive oil, which is basically all you need to know. (Okay, fine — also: sandwiches, nuts, olives, and the like, prepared next door at Flora for $5-$12 a pop.) And clientele is most definitely upwardly mobile, as well as a bit lower-key and slightly older than it is at various other bars in the immediate vicinity: Dates, mostly, or small groups of friends catching up after work or before a show at the Fox, by the looks of things. It’s nice.

Fauna opened only a couple months ago, so not everything is quite right yet (a too-limey daiquiri here, an excruciatingly long burrata wait time there, overly big and bright televisions in two places), but things are looking up: cheese and salt on bread, for one, and Racer 5 on tap, and Exile on Main Street on the sound system. And while we’re at it, if there was a prize for weirdest-sounding-but-secretly-the-most-delicious-ever drink (and there should be!), the Dial D for Derby ($8) would surely win: It’s Four Roses bourbon, grapefruit, and coffee-honey syrup — breakfast, but better, both because it contains booze and because coffee apparently does something truly fantastic when it mixes with honey and grapefruit and bourbon, creating a sort of back-of-the-throat velvetiness that’s truly, unforgettably unlike anything else I’ve ever tried.

Manifest Destiny was, according to Frederick Merk in his 1963 book on the subject, Manifest Destiny and Mission in American History, buoyed by a belief in “the potentialities of a new earth for building a new heaven”; Fauna is not quite heaven but that cocktail might be. Or, to unforgivably twist the words of one Mr. Mick Jagger: Downtown Oakland did not need Fauna, but sometimes you don’t get what you need — you get what you want.