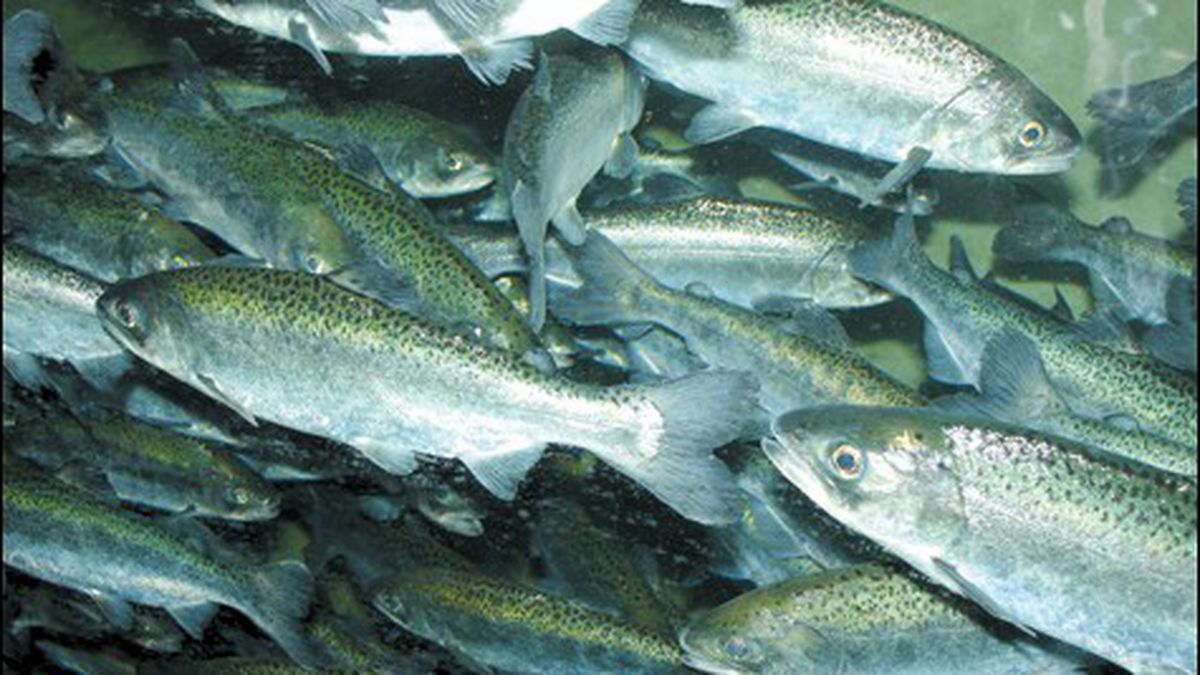 Death of a Salmon

Many East Bay fishermen worry that the reopening of the salmon season will bring chinooks closer to the brink of extinction.

Last fall, the fewest number of chinook salmon ever recorded swam upstream to spawn in the Sacramento River. Yet just months later, fishery managers opened season on the struggling fish for the first time in three years. While many recreational fishermen welcome the opportunity to fish for the coveted salmon once again, others, particularly East Bay fishermen, say that dropping lines for chinook during a time of ecological crisis could take the once abundant species another step toward total collapse.

Fishing for chinook, also known as king salmon, in state waters was prohibited in 2008 and 2009 following biologists’ predictions of poor returns in the autumn of each year. So the decision to allow sportfishing this year came as a shock to many in the commercial and recreational angling communities. And they’re dead set against opening the commercial salmon season. “It’s ludicrous,” said Mick Menigoz, captain of the Superfish, a sportfishing vessel based in Emeryville that also does commercial fishing. “Our population of fish is still going down. How can you justify this with the numbers we got this fall?”

The decision to allow a season for at least the month of April came from the Pacific Fishery Management Council, or P-Council, in mid March. The P-Council based its decision on a modeling system that figures in numbers of premature salmon, or jacks, counted in the Sacramento River and accordingly generates predictions on the next year’s return. For the fall of 2010, P-Council predicts that 245,000 chinooks will return to the Sacramento in the absence of fishing pressure. Biologists consider between 122,000 and 180,000 fall-run salmon to be the minimum necessary to maintain a viable population. That would leave at least 65,000 fish to be caught.

Still, the number of chinooks has diminished dramatically in the past several years. In 2002, nearly 800,000 returned in the fall. Moreover, P-Council predictions have been wildly wrong before. In 2009, for example, just 39,500 fall-run kings returned to the Sacramento. But the P-Council had predicted there would be 121,000. “Their model doesn’t work,” said James Smith, owner and operator of California Dawn, a Berkeley fishing boat that guides groups of paying clients on excursions for striped bass, halibut, sturgeon, and, in season, salmon. “I think my three-year-old could give numbers of the same accuracy.”

While hundreds of Bay Area sport fishermen have taken advantage of the renewed opportunity to catch salmon, Smith is voluntarily sitting out the season, which opened April 3 to recreational fishermen. Commercial fishing could be allowed later in the year. The P-Council is expected to make a decision this week. But Menigoz said flatly that he’s not fishing for chinook this year. “I’m boycotting it,” he said. “I need money as much as anyone, but there aren’t enough salmon.”

Chuck Tracy, a National Oceanic and Atmospheric Administration biologist and P-Council’s salmon staff officer in Portland, defended the current method of predicting fall salmon runs based on jacks counted the previous year. “There is definitely a relationship between jacks and river returns,” Tracy said, “but it’s not perfect and with each year that passes we get another data point and can improve the model’s accuracy as that relationship is better understood. Obviously, last fall we missed it by a factor of three, but this is still the best available science, and it’s what we’ve been mandated to use.”

Mike Hudson, a commercial fisherman and vendor in Berkeley, also feels that fishing for salmon in 2010 may impact the fishery as it teeters between recovery and collapse. “Our salmon fishing industry has always been a sustainable fishery,” he said. “There’s no reason to start fishing unsustainably now, and if we have a commercial season we run the risk of hurting the resource more than it’s already been hurt.”

Sport fishermen eager to fish have publicly accused commercial fishermen and party boat skippers opposing the season of disingenuousness — of wanting another round of financial aid from the government, which many received during the last two years. But party boat captains around the Bay Area say any financial aid this season is highly unlikely due to federal budget constraints.

Many East Bay sport anglers, though, have taken the conservation side. Water4Fish, a recreational fishermen’s conservation group in Concord, has analyzed the numbers of returning adult salmon and out-migrating juveniles from the Sacramento in recent years and has concluded that the 2010 fall run could be as minimal as that of 2009. The nonprofit’s administrator Dick Pool explained in an e-mail: “2008 out-migrants were down by 38 percent from 2007 yet the [P-Council] model is projecting a six-fold increase in 2010 returns.”

Most experts in fisheries biology believe that the current salmon decline, which began about five years ago, is due to the over-allocation of water to farmers in the San Joaquin Valley. Water is diverted southward via two major pumps near Tracy. Though water diversion volume has increased from the 4 million-acre foot-range to more than 6 million per year in the last decade, farmers nonetheless have lobbied for still looser controls on the restrictions against pumping water into their fields. And some fishermen worry that the allowance this year of a salmon season may steer the public toward believing that the crisis is over and that limitations on water pumping are no longer necessary.

Menigoz said the decision to open the season “is very political,” and that recreational fishermen are helping — purposely or not — southern Central Valley agribusiness bent on getting more water. “The sport fishermen who are pushing for the season are playing right into the water guys’ hands,” he said.

If numbers tell a straight story, the Sacramento’s chinook have never been in a more dire state, yet many recreational fishermen have argued this year that they have a “right” to fish. But Menigoz and others believe the modeling system used to predict salmon returns is not to be trusted. “If you look at real numbers of real fish, there is no way to justify a season,” he said. “Right now they’re gaming a model. They’re playing with paper fish.”

Punks With Lunch Homelessness Benefit at The Night Light

Reem’s California: The Power of a Corner Bakery