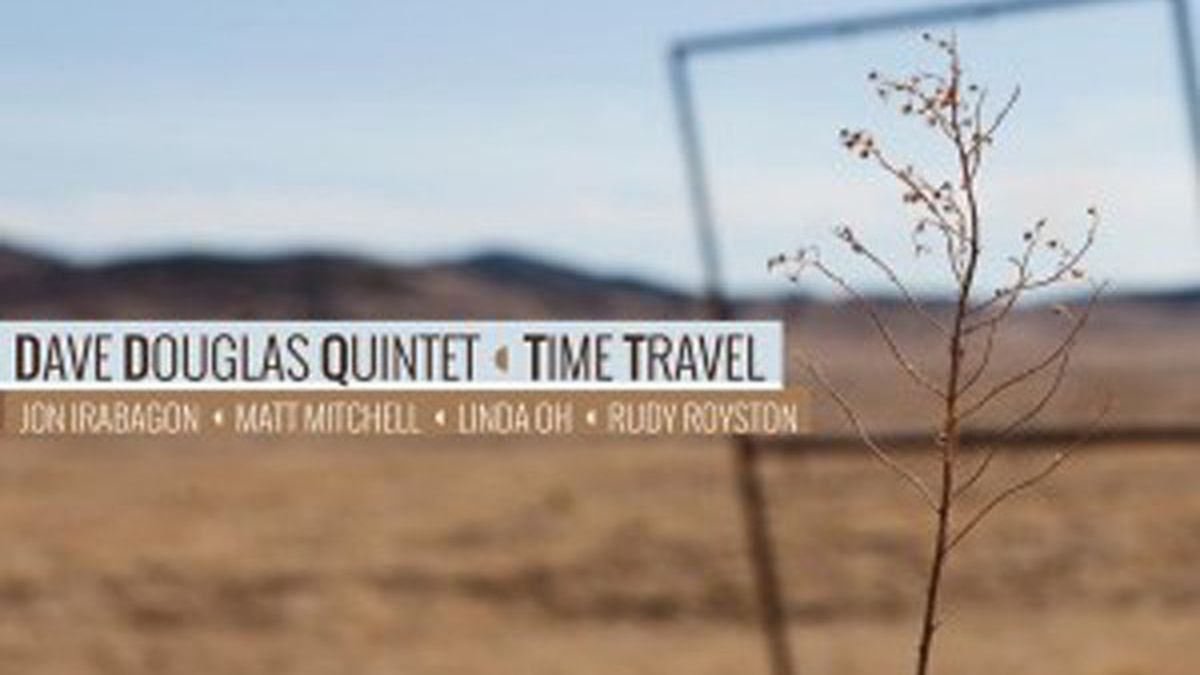 When some jazz musicians find their niche, they stay in it forever. Not so with trumpeter/composer Dave Douglas — who, like John Zorn (a frequent collaborator of Douglas’), pursues numerous avenues while steadfastly refusing to compromise (and that includes compromising to the jazz police — er, purists — too). Douglas has played earthy bop with Horace Silver and helmed tribute albums to major influences Wayne Shorter and Joni Mitchell. On Time Travel, he reunites with the powerhouse quintet off his last album, Be Still, on which traditional Americana was surveyed and reinvented, for some first-class post-bop jazz.

The hard-swinging opener “Bridge to Nowhere” sets the album’s tone with a mildly sardonic (à la Thelonious Monk), blues-tinged theme that sounds like it could’ve come from an early Sixties Blue Note session. But this is definitely not nostalgia — as saxophonist Jon Irabagon reminds throughout with exhilarating, agitated, nearly “out”/free energy. Douglas also conveys both joy and anxiety, carrying echoes of Dizzy Gillespie and Booker Little. The respective bass and drums of Linda Oh and Rudy Royston only further the sense of nervy stimulation. Pianist Matt Mitchell is punchy and luminously lyrical throughout. If Alfred Hitchcock had composed a pretty ballad for one of his movies, it might’ve sounded like “Little Feet” — it has both a yearning prettiness and ominously tense, suspicious undercurrent. “Garden State” swaggers and crackles like Art Blakey’s Jazz Messengers at their peak, albeit with an utterly modern (and higher) energy level. Aces back to back, baby. (Greenleaf Music)