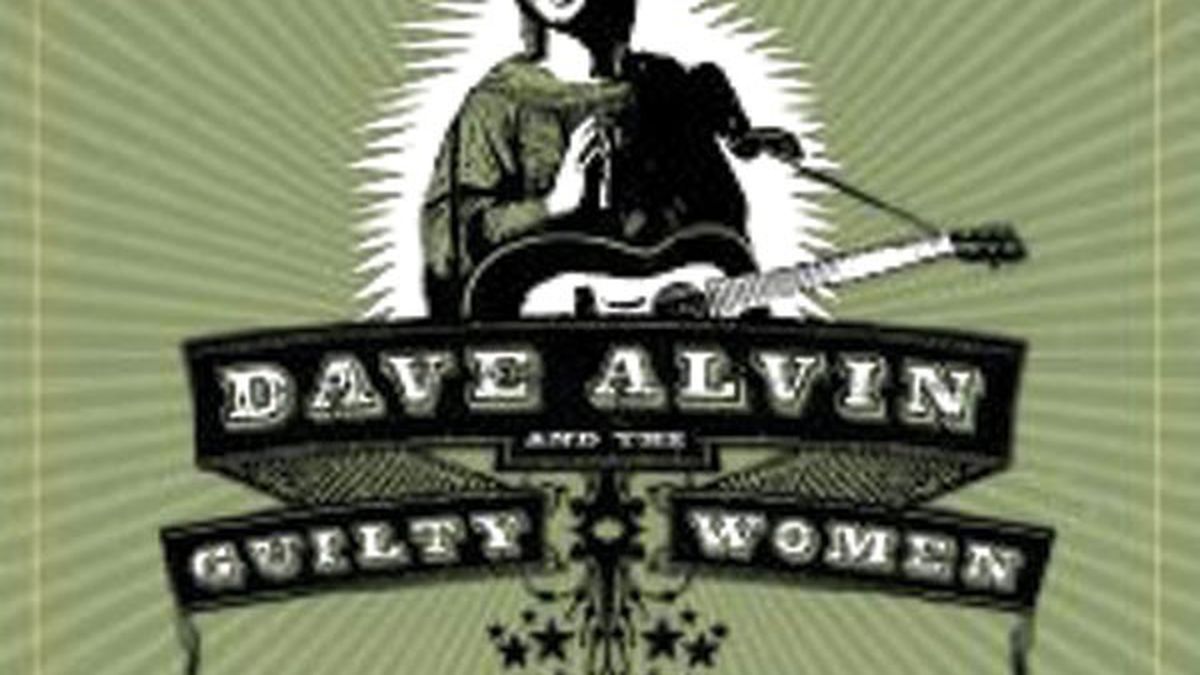 Dave Alvin and the Guilty Women

Long, long before the term “Americana” became a catch-all for
amalgams of assorted roots music, Dave Alvin was living it. First as
one of the main men of the Blasters and then on his own, Alvin has
soulfully mixed the aforementioned, all while being a damn fine
songwriter to boot. Not one to get stuck in a rut, Alvin’s latest
debuts his new band, a counterpart to his Guilty Men configuration, the
Guilty Women. This ensemble includes some of the West’s most talented
female performers: Christy McWilson (formerly of Seattle’s fine
Picketts), lead and harmony vocals; Bay Area vets Nina Gerber, guitar,
and Laurie Lewis, fiddle; Amy Farris, violin and vocals; Sarah Brown,
bass; and Lisa Pankratz on drums. Needless to say, this set is modestly
excellent. Alvin’s singing has gotten smoother and achieved greater
nuance, the ladies play with the enthusiasm and unity of a band (as
opposed to an assembly of hired guns), there’s plenty of variety (the
swing-tinged “Boss of the Blues,” a Cajun version of the Blasters’
“Marie Marie,” a sublime country version of Tim Hardin’s “Don’t Make
Promises”), and McWilson’s husky, passionate singing often evokes Patsy
Cline. The songs are vivid, bittersweet slices-of-life (“Downey Girl”
pays deference to the late Karen Carpenter), the production focused and
no-frills. This gets my vote as one of the discs (roots-rock
division) of ’09. (Yep Roc)