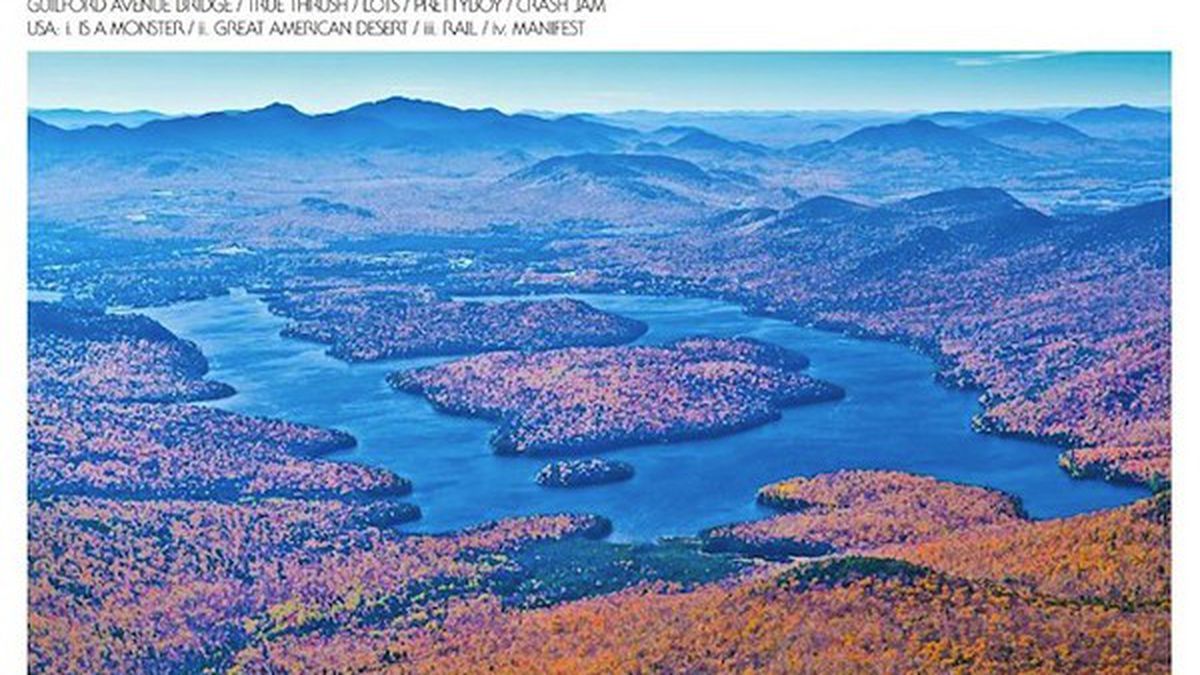 When was the last time you listened to an album and got truly startled with a “Where did that come from?” moment? America, the latest opus by Baltimore electronica whiz kid Dan Deacon, has several such moments. As might be expected, there is the stormy, caustic techno of “Guilford Avenue Bridge,” with its dabs of nervous drum ‘n’ bass rhythms, followed by the slightly twee, Beatles-meet-Kraftwerk “True Thrush,” which has a madly catchy hook. The harmonious, almost lush, twittering electronics of “Prettyboy” has echoes of Gary Wright’s Seventies hit “Dream Weaver,” which segues into some pretty and occasionally stirring minimalism played on acoustic instruments recalling Philip Glass’ 1970s works and some glistening, chiming pastoral woodwinds and percussion. Most notable is the twenty-minute suite “America,” with its orchestral textures evoking Aaron Copeland, pre-Sixties Hollywood dramatic film soundtracks, and the splendorous Americana idylls of Van Dyke Parks and Brian Wilson, interspersed with more Glass/Reich-style trance-like passages and some swelling vocal choirs.

Deacon is not a one-trick pony — his 2007 Spiderman of the Rings was a zany aural cartoon show, and 2009’s Bromst reflected his studies of electro-acoustic composition. America is neither more of the same nor a collection of sonic excursions into some dreamy, abstract “ambient”-land, but a set of well-constructed songs on which electronic and acoustic instrumentation support each other with poignant and invigorating results. (Domino)