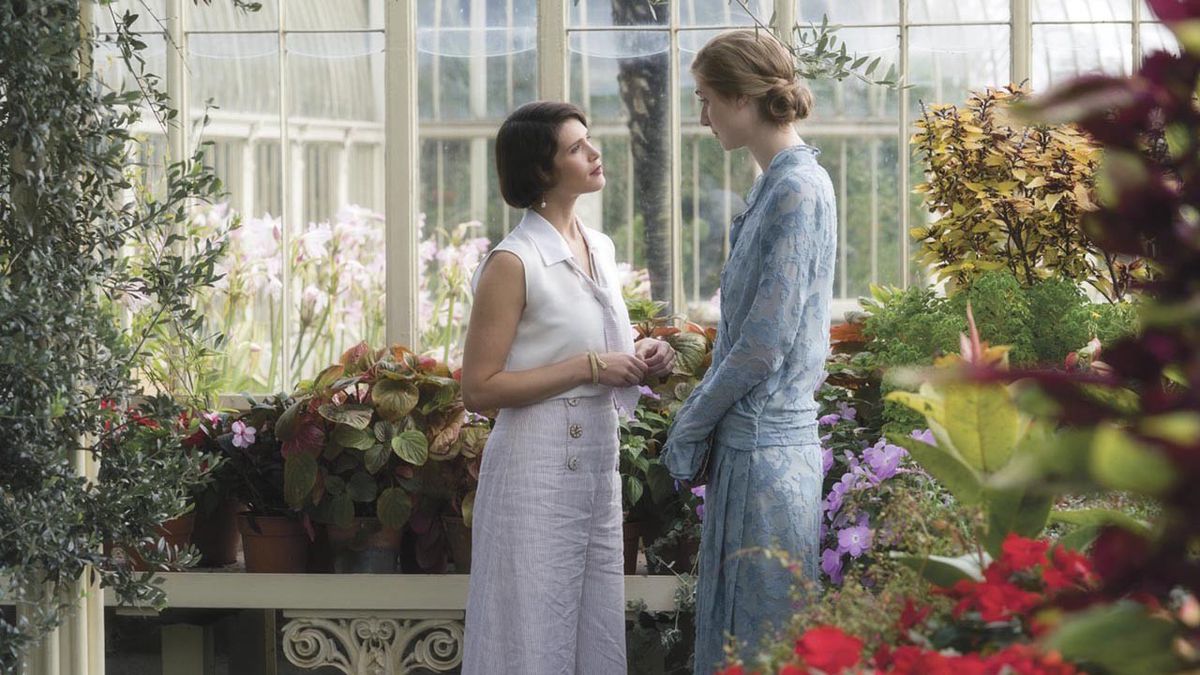 Tale of literary lust Vita & Virginia is not exactly a page-turner.

The Coffee Table Film we will always have with us. The latest example, Vita & Virginia, comes from the literary wing of the coffee table subgenre and, despite its handsome production values, is an especially simple-minded, pandering piece of art-house entertainment.

In director Chanya Button’s version of this true-ish lesbian love story — screenplay by Button and Eileen Atkins, adapted from the letters of Sackville-West and Woolf — half the women are horny sophisticates and all the men are either daffy dandies or simpering sycophants. We have to take it on faith that this is indeed a torrid, red-hot affair. Button’s film is impeccably restrained, phlegmatic, almost wan, with too many close-ups of the women’s faces addressing the camera. To some that may indicate veddy British, but mostly it reminds us how much we miss Ken Russell, maker of Salome’s Last Dance, Gothic, and other zany costumed “lives of the artists.”

The film is further ruined by the use of tiresome upbeat 21st-century contempo music; not a shred of period ragtime. Vita emerges as an impulsive, easily distracted dilettante. What a shock. But the kicker comes with the idea that their respective literary careers are only window dressing for the tamest sort of hanky-panky. For the record: when Virginia finally falls and the couple has sex, Vita is on top. Q: Who’s afraid of Vita & Virginia? A: Anyone who thinks there might be more to reveal about Woolf and Sackville-West than their soft-focus peccadilloes.&#8;