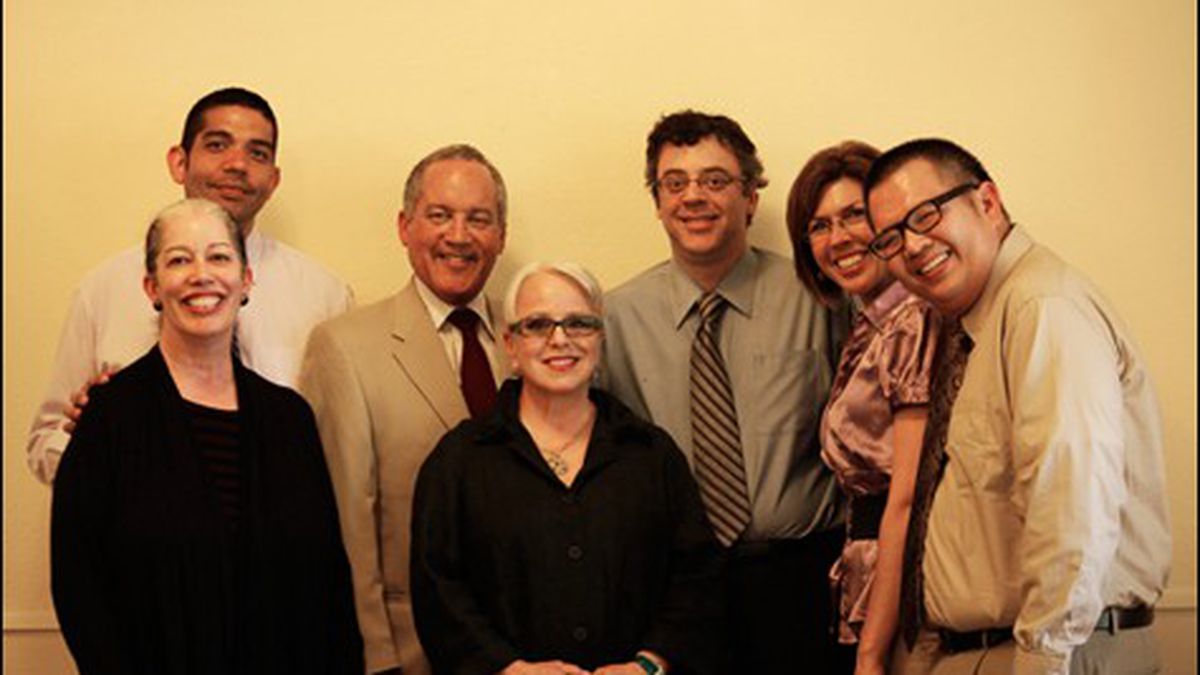 Judge Gordon Baranco donned his robes at the last minute, putting them on over a gray suit and a tie that depicted a reindeer tugging Santa in a sled. Baranco normally hears cases in Alameda Country Superior Court, but on this day he was presiding over a ragtag crowd in a well-used community center, where homeless and formerly homeless defendants had gathered to have the fines they had received for minor offenses waived. Baranco stood in front of his makeshift bench, a rectangular folding table, and began his introduction. “This actually is a court,” he said. “We figure we need to meet people on their own terms. We figure most of you don’t like going to the courthouse.”

Baranco’s remarks prompted a laugh from the thirty-some people sitting in the blue plastic chairs that formed the gallery. They laughed because he was right. They were here, in the St. Vincent de Paul center near downtown Oakland, because they had avoided court for too long. Many were recovering addicts; some grappled with mental health problems; most of their legal problems stemmed from their homelessness. Because their predicament had made it hard for them to deal with court procedures promptly, their misdemeanor and traffic tickets had piled up — doubled in price, tripled, gone to collections, earned them bench warrants for failure to appear in court, or resulted in holds on their driver’s licenses. Some were on probation, some had fines associated with pending criminal cases. But they were present at the last Homeless Court session of 2012 to have those obstacles removed.

The Alameda County Homeless and Caring Court program is an alternative to the traditional court system. The special court session is focused solely on the homeless and formerly homeless and meets every two months to resolve individuals’ nonviolent infractions and misdemeanor cases. Traffic violations, like driving with a suspended license or without registration, were the most common cases the court heard in December, but tickets for public intoxication, trespassing, or sleeping in a park after dark are frequent too, said program coordinator Kathie Barkow. These are the types of tickets that, dealt with responsibly, would likely have led to penalties like community service, rather than fines, she said.

To be eligible, participants must show they are actively working to better their situations. The hope of those who run the program is that by meeting the participants in a familiar, non-threatening setting and rewarding the work they’ve done to reintegrate into society, the court can process stagnant cases and help the homeless improve their lives. The program now works with about three hundred participants per year, Barkow said.

In the airy community room, the trappings of a traditional courtroom were in place: California and American flags flanked the judge’s station and a carved model of the state seal was perched on a tripod. But the makeshift legal theater lacked the ostentation of a dark wood judge’s bench or a bar separating the audience from the proceedings. Instead, posters listing the Twelve Steps and Twelve Traditions of Narcotics Anonymous were tacked up on the wall — a reminder of one of the space’s other uses —and a Christmas tree hung with softball-size ornaments stood in the corner.

Judge Baranco’s clerk and a deputy district attorney sat at a folding table piled with files to his right. To his left, the public defender’s table was strewn with hefty accordion files. “We call cases in order,” Baranco said before dropping into an office chair behind his table. The judge called names three at a time so participants would be ready to join their public defender at the podium and keep up the session’s speedy pace.

When a 28-year-old named Douglas, who asked that his last name not be used, approached the dingy white stand, Alameda County Public Defender Diane Bellas told the judge her client had eight traffic matters he wanted to resolve. “After a period of homelessness he found housing,” Bellas said. “He works almost forty hours per week now and he’s clean and sober.” The audience broke into applause, as it did often during the two-and-a-half-hour session.

Read the rest of this story at Oakland North