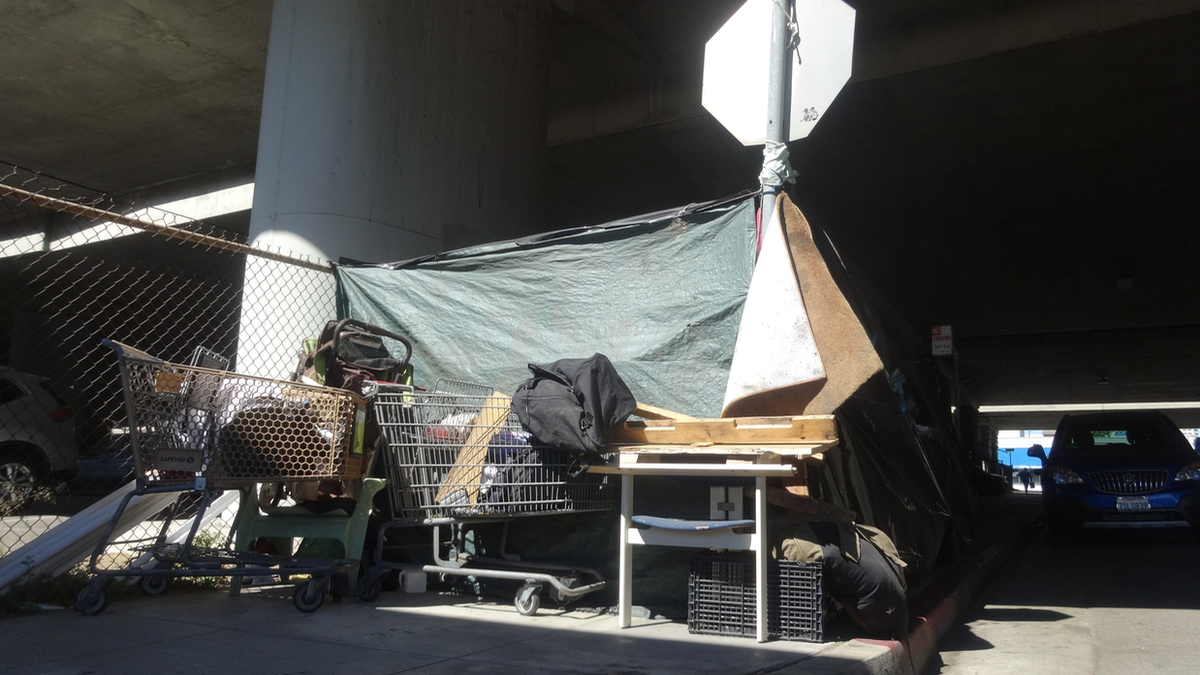 Share
Facebook
Twitter
Linkedin
The affordable housing crisis is causing a healthcare crisis in the East Bay, and Oakland is  the epicenter. That’s according to Dr. Muntu Davis, the director of the Alameda County Public Health Department.

In a conference room in Oakland’s City Hall today, Davis presented the results of a recently conducted survey of Alameda County health workers about the housing challenges faced by their clients: thousands of low-income, senior, and disabled people, many who are Oakland renters. According to the survey, thousands of renters are over-crowding into into unsafe housing units. Many Oakland residents are now paying a majority of their income on rent. Evictions, displacement, and homelessness are rising. Children’s educations are being interrupted by frequent moves. Commutes are becoming longer. Social networks and family ties are fraying and breaking. Collective stress is boiling over.

The health outcomes, which Davis described as a having reached “crisis” levels, can be seen in rising numbers of hospitalizations for hypertension, mental health emergencies, asthma attacks, and numerous other illnesses that shorten people’s lives.

“While the causes and solutions to address the housing crisis are complex, inaction is a prescription for shorter, sicker lives for many of our Alameda County Residents,” concluded Davis in policy brief published today.

Kalima Rose, a researcher with the nonprofit PolicyLink, said the Bay Area is undergoing a period of intense job and population growth, but the supply of housing, especially rental units that the bottom half of wage earners can afford, hasn’t kept pace.

Uber is expected to move 3,000 jobs into Oakland next year. The tech company’s arrival is a symbol of the tens of thousands of more affluent newcomers flooding into Oakland. Other companies employing highly paid professionals are rapidly growing throughout the Bay Area. At the same time wages for half the population are stagnating. Inequality is growing.

Unable to compete in the new housing market of hyper-scarcity, Oakland’s working class is being squeezed into substandard, crowded accommodations, or pushed out of the city entirely. The dynamic is hitting Black and Latino households especially hard.

But still, Oakland has been losing its lower-income renters and homeowners for over a decade, especially Black families who are being priced out of rapidly gentrifying neighborhoods like West Oakland and Eastlake. Approximately 34,000 Black residents moved out of Oakland between 2000 and 2010, according to the U.S. Census. Numbers for the past six years haven’t been tabulated yet by demographers, said Rose, but many believe the pace of Black displacement has picked up.

“We know that the rate of [Black displacement] that was marked in 2010 is at least as much now, if not more,” Rose said.

Next ArticleRaiders Are Still in Oakland! Here Are Three Things They Must Do to Make the Playoffs.