.Controversial Antiabortion Billboards to Stay Up in Oakland, For Now 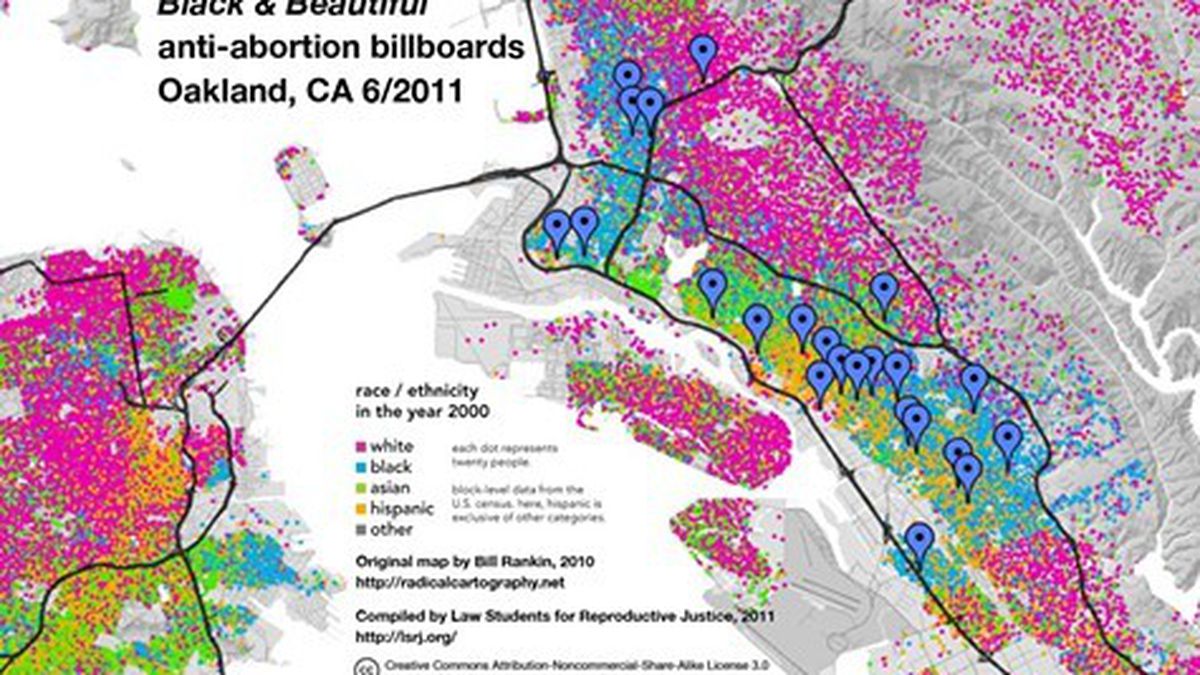 The sixty billboards in question, which currently line boulevards in both West and East Oakland, feature a sleeping African-American baby under the phrase, “Black & Beautiful” and a link: TooManyAborted.Com/CA.

The Atlanta-based Radiance Foundation, which partnered with local non-profit Issues4Life to put up the ads earlier this month, said the goal of the campaign is to draw attention to the high rates of abortion among African-Americans.

“I’m pleased with all the coverage we’ve gotten,” said Walter B. Hoye II, president of Issues4Life. Hoye — who served jail time in 2009 for violating an Oakland ordinance that bars protesters from coming within eight feet of anyone entering an abortion clinic — said he thinks the billboards will create “an environment for discussion.”

But some local politicians and advocacy groups say the billboards are racist and manipulative: “I am deeply offended by the race-based billboards that are being displayed in my congressional district,” Congresswoman Barbara Lee said in a statement. “These billboards stigmatize women of color and perpetuate myths about parenting skills and the types of women who seek and use abortion services.”

Previous ArticleWhen Dining at Commis, Should You Pack Heat?

Next ArticleCity to Sell Kaiser Center to Redevelopment Agency