Oakland city staffers have been telling residents that they need to pay a $3,000 fee to grow vegetables on blighted lots — but that turns out to be untrue. 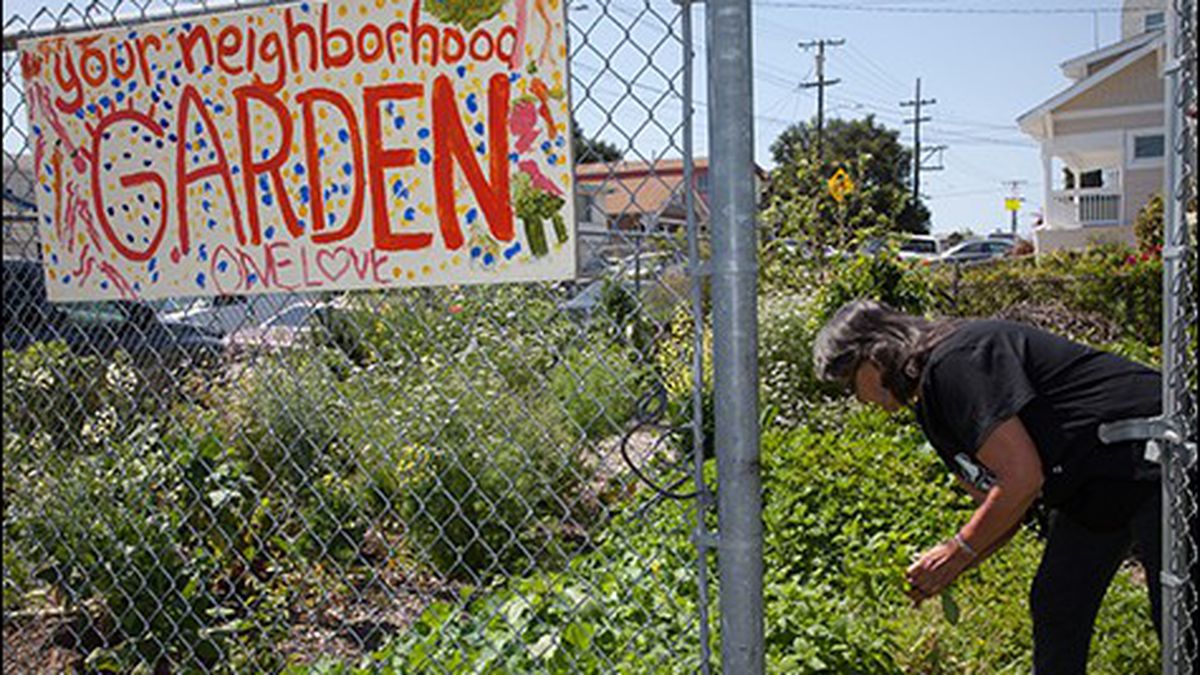 Diane Williams and a few of her neighbors in her Fruitvale neighborhood decided they had to do something about at an empty lot that had become a popular site for illegal dumping. In the spring of 2010, they hacked down the weeds that had grown to be five feet tall and cleared the trash that had accumulated on the blighted lot. They then planted twelve fruit trees and some crops. Today, Williams describes the former eyesore as a place in which community members can gather and enjoy the numerous benefits from a thriving urban garden in their neighborhood.

But if Williams had contacted Oakland’s Planning Department to inquire about the legality of what she and her neighbors were doing — that is to say, growing food on abandoned private property that they did not own — before last week, city staffers likely would have told them that they were required to apply for a conditional use permit, which would have cost nearly $3,000 and would have taken up to twelve months to be issued. However, it turns out that city staffers have been misinforming citizens. According to Planning Department Director Rachel Flynn, growing food on most vacant properties in Oakland has been legal — and is not dependent on getting an expensive permit — since 2011, when the Planning Department last updated city code regarding community gardening.

Yet despite this fact, city staffers have been telling residents and elected officials the exact opposite for the past three years. Indeed, proponents of urban agriculture, including City Councilmember Rebecca Kaplan, petitioned the Planning Commission at its June 4 meeting to reevaluate the city’s policy, because they had been under the mistaken impression that growing an urban garden on any vacant lot required an expensive permit. At that meeting, Zoning Manager Scott Miller then reinforced this misperception when he said, in response to a question from a fellow commissioner about whether crop raising is allowed on vacant lots (as long as the produce isn’t for sale), “No, not under today’s code. Not without a conditional use permit [CUP]. The current interpretation is that you need a CUP to do crop raising as a stand alone principal use.” He then added: “It is a significant fee, no doubt about it.”

In an interview after the meeting, Flynn said she did not know why staffers have been telling citizens that a conditional use permit was required. “There has been some confusion; I’m not quite sure why,” she said. “We’ve notified all of the planners to make sure everyone is aware of the same information.”

Esperanza Pallana, director of the Oakland Food Policy Council (which organized the petition), noted that the council has been actively attempting to work with the city to reduce barriers to growing food — including advocating for the removal of the conditional use permit requirement — for the past three years, without much success. In the summer and fall of 2011, the Planning Department held a series of community meetings — one of which was attended by more than three hundred people — about updating and overhauling the city’s antiquated rules regarding urban agriculture and backyard livestock. It has yet to complete that overhaul, however. At the June 4 meeting, Flynn said the department would start to develop the overhaul by September.

The misinformation about the supposed need for an expensive permit has likely blocked many residents from planting urban gardens. “What’s particularly ludicrous is the fact that the city is actually paying to maintain lots abandoned by owners,” Pallana said. The Food Policy Council is currently compiling data about exactly how much the city has spent to maintain properties that have absentee or neglectful landowners.

As advocates point out, Oakland is particularly well-suited for urban agriculture because of its sunny climate. Plus, there are no shortages of potential sites for community gardening. In a 2012 report, “Evaluating the Feasibility of Urban Agriculture on Oakland’s Private Land,” UC Berkeley student Stephanie Baker identified 2,961 vacant lots (totaling 1,076 acres of land) that were suitable for farming in Oakland, based on characteristics such as slope, ground cover type, and access to water.

Urban agriculture activists have also been encountering resistance from the city when it comes to accessing public land for growing food for the past few years (see “Oakland Slow to Okay More Public Urban Gardens” June 3).

Flynn said she was not aware of any citizens who had been charged for a conditional use permit application to grow crops on vacant property.

“It just seems too little too late,” Pallana wrote in an email. “While I think the planning director has the best intentions and was perhaps unaware of how staff have been approaching this, key staff, however, seem like they are saying, ‘Oops, we are sorry your family hasn’t eaten the last four years.’

“The Oakland Food Policy Council has encountered ongoing resistance from planning staff,” she continued. “I certainly hope that this is a shift to support urban agriculture in Oakland.”