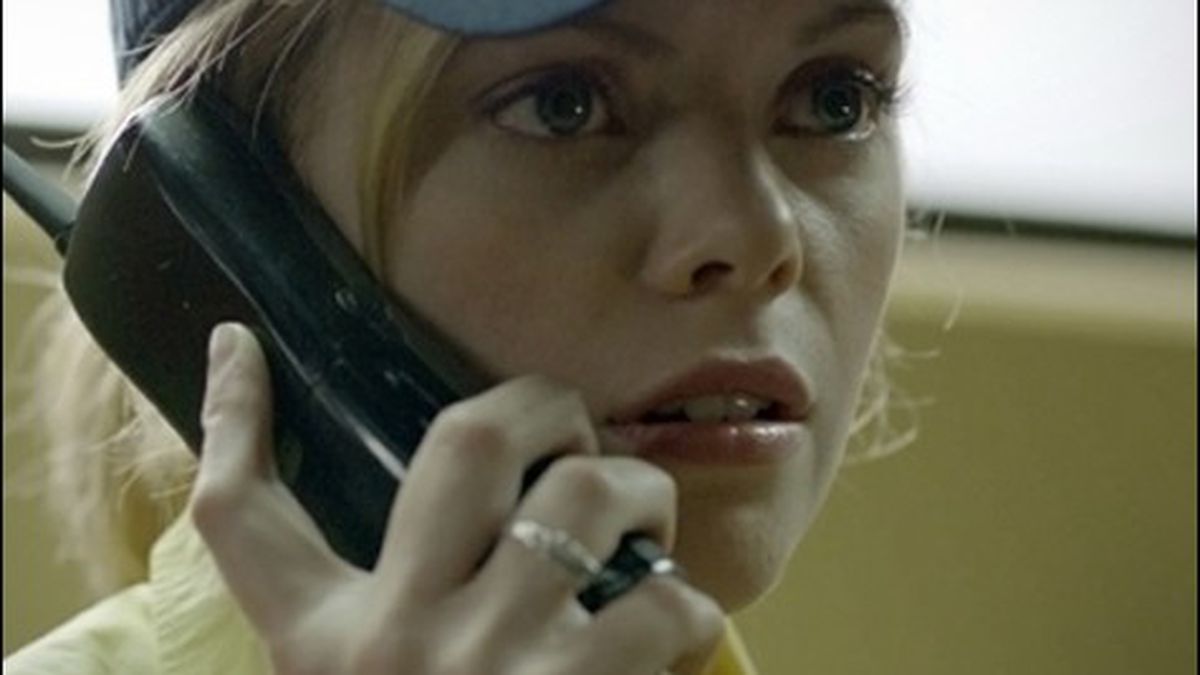 We have to be careful not to read too much into Craig Zobel’s Compliance. But that’s easier said than done, because writer-director Zobel’s based-on-a-true-event drama is the definition of a hot-button item, a film designed to provoke social as well as cinematic comment.

The scene is the ChickWich, a fast-food restaurant near a shopping mall in Ohio. Sandra the manager (played by longtime character actress Ann Dowd) is a slow-moving, deliberate, middle-aged woman whose expression tells us she is no stranger to trouble. Her floor staff is even less attentive: Marti, the dull-eyed shift supervisor (Ashlie Atkinson); screw-up Kevin (Philip Ettinger), under suspicion for leaving the fridge door open overnight; and petite blond Becky (Dreama Walker), most of whose thoughts revolve around her social life.

Just as the restaurant’s rush hour is beginning, Sandra receives a phone call in her office from a man calling himself “Officer Daniels.” In the terse, practiced tones of a law-enforcement professional, Daniels notifies Sandra that one of her employees, a petite blond, has been accused of stealing from a customer. Sandra, cowed by the shocking allegation and the officer’s voice, identifies Becky as the woman he’s probably looking for. Daniels immediately establishes his authority and starts issuing commands. Becky is brought to the phone, and with Sandra looking on, is forced to obey an increasingly invasive and bizarre series of orders from the “police officer” on the other end of the line, including a strip search, “to avoid jail.”

Officer Daniels keeps Becky close to the phone, even when Sandra asks her fiancé, the untrustworthy-looking Van (Bill Camp), to deal with Becky’s telephone interrogation while Sandra handles the lunch-hour business. Instantly, Daniels’ demands become criminally salacious. Becky pleads “Why?” but still complies. When at last we cut to the caller on the other end of the line, we see a man (actor Pat Healy from The Innkeepers and The Assassination of Jesse James by the Coward Robert Ford) on a cell phone calmly preparing his lunch — he’s drinking soda from a ChickWich cup — while stifling chuckles directed at his pushover victims. The walls of his home are decorated with large-scale graphics of space travel.

Writer-director Zobel, maker of the incisive music-business satire Great World of Sound (also costarring Healy), takes great care to lead the audience down more or less the same path as Becky, Sandra, and the other victims of the fake officer’s malicious prank — that is, Zobel strings us along on the path to the unthinkable before it finally sinks in that the “cop” is really a sexual predator who enjoys manipulating people. But by then it’s too late, and we’re forced to confront not only the sordidness of the crime but also questions of gullibility, responsibility, and what might be called the dialectic of power. It’s easy to mouth the slogan “Question Authority,” but Zobel’s drama refuses to let anyone, especially moviegoers, off the hook.

In the struggles of the ChickWich employees we’re reminded of similar films by Michael Haneke, David Mamet, and Stuart Gordon. Zobel is in good company. Compliance‘s preview audiences, reportedly including a few squeamish critics, reacted strongly to the scenes of Becky’s humiliation. A few walked out. Some viewers claim that such a crime is a sick fantasy, an easy subject for cheap movie exploitation, and yet Zobel based his screenplay on several true cases, collectively known as the “McDonald’s strip search scam.” The movie forces us to stop and consider things we ordinarily would rather not, for our own good.

Compliance allows us to feel superior to both victims and perpetrator, but the central concept of submission to implied authority remains. It’s interesting that the two lowest-ranking staffers at the restaurant — goof-off Kevin and Harold the handyman (Stephen Payne) — are the ones who balk. So, what makes people go along with other people’s agendas, even when the actions turn criminal? Is it the victims’ desire to please, to be accepted? We could extrapolate this to all kinds of power situations: wars, white-collar crime, fraudulent presidential elections, etc.

The compliant mentality is characterized by Sandra the manager. At the end of the film, she’s still making small talk with the interviewer who’s trying to get her to accept responsibility for the fiasco. Why didn’t she confront “Officer Daniels” and demand that he come to the restaurant in person to make the charge? She shrugs. She can’t help it. It’s the way she operates. She wants to do the right thing, but halfway there just gives up and does what she’s told. It’s easier that way. Compliance, one of the most provocative movies you’ll see this year, refuses to let the questions fade away.

Michael Sturtz Is Passing the Torch at The Crucible