Uptown Oakland is getting a Taiwanese restaurant after all: Just months after Allison Chen, the owner of Pi Dan Noodle House (412 22nd St.), died unexpectedly, bringing an end to her dream of opening a Taiwanese noodle shop in Oakland, new owners have taken over the half-finished space. According to Inside Scoop, they plan to open it as as a fast-casual restaurant called Taiwan Bento.

The project is the brainchild of Stacy Tang, a former tech worker and a longtime home cook, and her husband, Willy Wang. Tang, the chef, has never worked in a professional kitchen before, but cooking has always been, as she told What the Fork, “the simplest way I can share my love and my heart with my friends.” 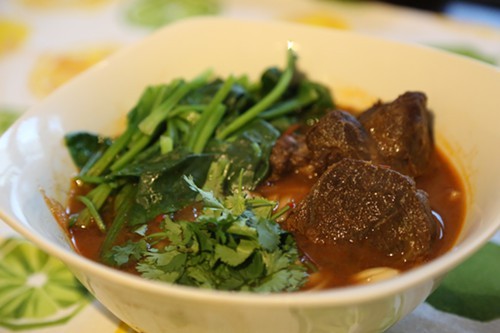 While Pi Dan was conceived as more of a sit-down restaurant, Taiwan Bento will be loosely modeled after the kind of inexpensive lunchbox, or bian dang, shop that you can find on almost every street corner in Taipei, where Tang lived until she moved to the US just two years ago. But Tang said that Taiwan Bento will serve healthier, less greasy versions of popular lunchbox staples.

To start out, the restaurant will be open for lunch only, and will have a streamlined menu with just four options. The showcase dish will be Tang’s take on Taiwanese noodle soup — an intriguing version that features fermented bean curd and an assortment of Chinese herbs. (The dish is based on the winning recipe from the 2011 Taipei International Beef Noodle Soup Festival, Tang said.) She’ll also serve lu rou fan (braised minced pork over rice), a marinated and roasted chicken leg over rice, and, for vegetarians, a salad with a choice of different housemade dressings. 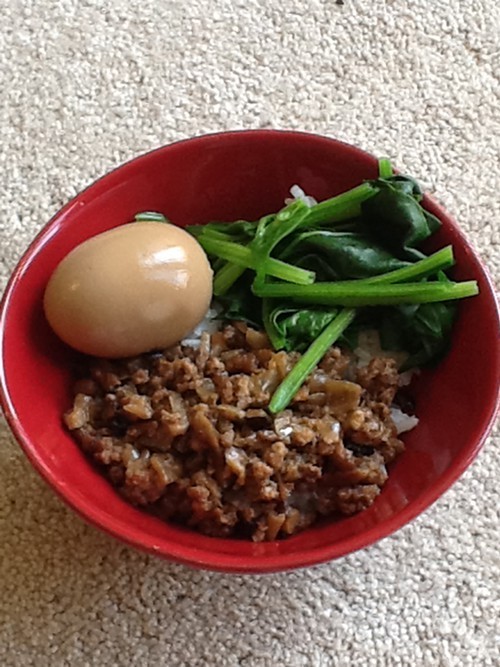 Prices will be in moderate — $7 to $9 for a full meal that will include an entrée and side dishes, Wang said. There will also be an emphasis on speed, as the lunchboxes will either be pre-packed every morning or quickly packed up to order. That’s an aspect of the business that the owners are betting will be a big draw for nearby office workers, especially since even sandwich shops in the area often take ten minutes or longer to fill an order.

Eventually, the restaurant plans to offer dinner service, expanding the menu to include versions of classic Taiwanese street snacks — according to Tang, these might include oyster omelets, flour-rice noodles, and Taiwanese-style dough-wrapped meat balls.

Tang and Wang hope to open the restaurant by late July. Until then, Tang is getting a crash course on the restaurant biz: She’s been interning two nights a week at nearby Picán, under chef Sophina Uong’s tutelage, and will continue to do so until Taiwan Bento opens.