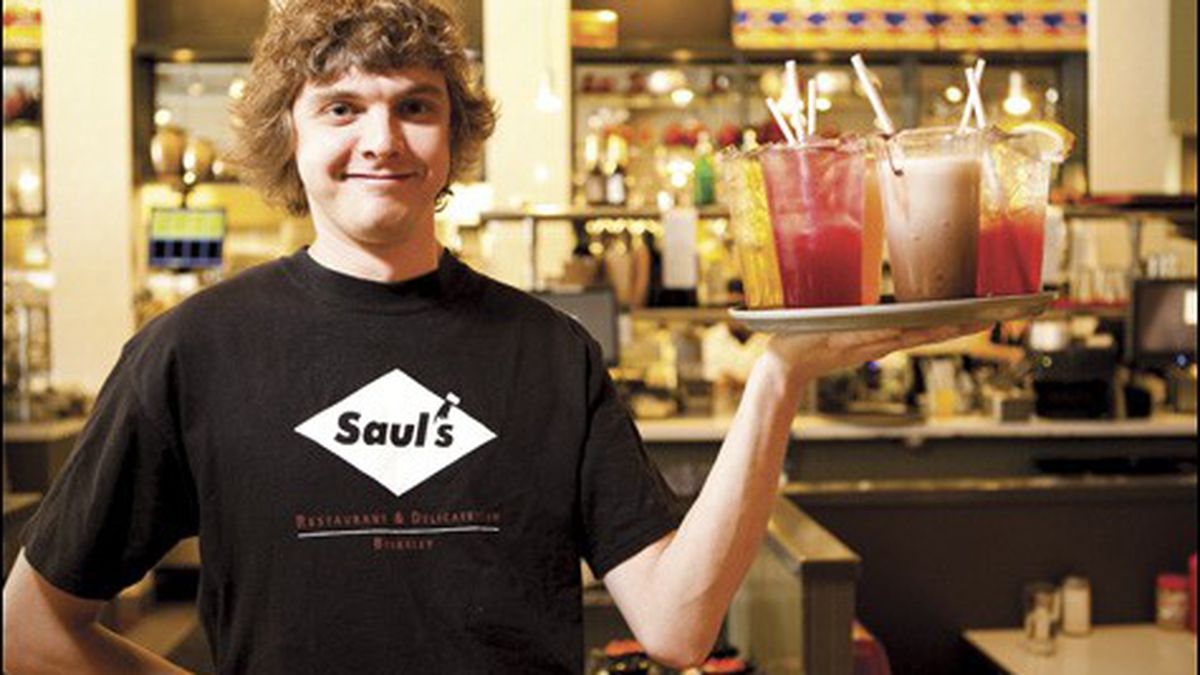 Growing up in India, whose summers she calls “long and beastly,” Suruchi Mohan cooled down with a drink called panna, which her mother made from unripe mangoes.

“She either roasted them on an open fire or boiled them, then took off the thick green skin, mashed the pulp, and made a drink with tons of sugar — because unripe mangoes are very sour” — then added “rock salt and table salt. When we came in from school, hot and dehydrated, it was divine.”

She also savored lemony Limca, one of many new bottled drinks introduced “after the Coca-Cola company was thrown out by the Indian government in the 1970s,” and iced coffee: “milk, sugar, and instant coffee blended with ice. It was a way to make kids drink milk, which by the late afternoon did not smell so good, despite refrigeration. It’s hard to imagine that kind of heat,” said the award-winning El Cerrito author, whose sensuous novel Divine Music brings such searing afternoons alive.

Every culture has its own answer to Kool-Aid. For as long as human beings have perspired, summer heat has inspired refreshing drinks made from local ingredients using local techniques to suit local tastes. Some are traditional, others high-tech. Jamaica has its spiced-hibiscus sorrel. Russia has its fermented-bread kvass. Turkey has its salted watered-down yogurt, ayran. Think you’ve tried everything if you’ve tried lassi or Thai iced tea? Grab a can of Pokka Melon Milk and think again.

The East Bay’s diversity manifests in a slushy, squirty, sweet, sour span of exotic cold drinks. From Pinole to Milpitas, you can barely turn around without bumping into more horchata or boba tea.

Just a two-mile stretch of Oakland’s International Boulevard is a virtual whirlwind world tour of chilled refreshments. Among dozens of options at Cam Huong, colorful agar-agar cubes dot cups of slippery, semiliquid basil seeds that evoke thousands of tiny black eyes. Studded with fat tapioca balls, Vietnamese sinh to bo smoothies come in every flavor from avocado to watermelon. Try soursop for a jungle-fruit-meets-condensed-milk moment. Down the street, Banh Mi whips up drinks flavored with pennyroyal and smells-like-hell-or-heaven durian.

Cold drinks induce nostalgia, because these are the elixirs that revived us again and again. Growing up in Sri Lanka, cognitive scientist Pireeni Sundaralingam — editor of the new South Asian American poetry anthology Indivisible — associated UK-made blackcurrant-grape Vimto soda “with long car journeys across the island: It was unsafe to drink the water at rest stops, so my parents allowed us to indulge in soda drinks on such occasions.” Another treat was “fresh coconuts, their tops macheted off by the roadside seller as we watched.”

But some exotic summer drinks originated right here in the States. For most of the 20th century, “celery soda was part of how you knew you were in a Jewish-style deli,” said Karen Adelman, co-owner of Saul’s. Made from celery seed and long hailed as a healthful tonic, it’s made from scratch at Saul’s and served with old-fashioned paper straws, as is another Jewish-deli staple: egg creams, whose origins are veiled in mystery and which contain neither eggs nor cream but rather seltzer water, chocolate syrup, and cold milk.

“It’s hard to argue with carbonated chocolate milk — but there’s an art to making it,” said Adelman. “The trick is not to over-stir it, to have it mostly blended but still containing dark striations of syrup, some of which stick to the sides of the glass. The foam on top should look like eggwhite,” hence the name. “It’s part of a time-honored tradition, that soda-fountain/deli/diner culture in which soda jerks mixed your sodas for you. A certain amount of craft and ritual went into these beverages,” and even into the seltzer water itself.

“You have to tinker with it to make its bubbles the exact right size,” Adelman said. “Those bubbles can make a huge difference.”

If memories are made of milk, then ingenuity and cutting-edge customization is the future of cold drinks. All hail boba tea, aka bubble tea: Developed in Taiwan in the 1980s, the concept of chewy black tapioca-starch balls immersed in cold milky tea has expanded exponentially such that every imaginable flavor now infuses green and black teas, adorned with large black balls, small black balls, rainbow-colored balls, red beans, agar-agar, and grass-jelly squares, strips, and stars. Witness boba slushies, boba smoothies, “popping boba” — balls that squirt juice when bitten — and pudding tea. Find a nice array at Oakland Chinatown’s The Sweet Booth and Albany’s mom-and-pop Pearl House. And yes, Tapioca Express is a chain, headquartered in Los Angeles, with seven East Bay stores. But its mindbendingly broad, endlessly adaptable menu lets you calibrate drinks to suit every possible mood.

Merging past and present, Morsinah Katmin bases her Sajen-brand Jamu drinks on plant-based remedies that are mainstays in her native Java. Jamu is the name for Indonesia’s version of Ayurveda; “Sajen means offerings to the ancient gods.” Bottled in San Francisco using raw ingredients and sold at Alameda Natural Grocery and the Berkeley Bowl, Katmin’s turmeric-based beverages are packed with antioxidants, anti-inflammatory agents, fiber, and detoxifiers with which she credits the fact that she never catches colds and, at 54, has never been hospitalized.

Her customers drink it cold although, traditionally, jamu is imbibed lukewarm. Even in hot climates, thirst-quenchers aren’t always served chilled, much less iced. Ubiquitous in a nation free of waterborne epidemics, ice cubes are an American treat, considered odd elsewhere. Want to mark yourself as a foreigner in China or Italy? Ask for a cup of ice.

During her years spent living and writing in Japan, Liza Dalby learned to cool off by drinking “a hot cup of mildly salty seaweed tea with a bit of dried plum. This makes total sense: The heat makes you perspire, which cools you off, and the trace minerals and salts of the seaweed and plum replenish your body’s electrolyte balance. I didn’t believe it until I tried it. Now it’s one of my favorite beverages,” said the Berkeley author. A character in Dalby’s novel Hidden Buddhas misses konbucha so much while outside Japan that he asks one of his students to air-mail him a packet, such as those sold at Berkeley’s Tokyo Fish Market.