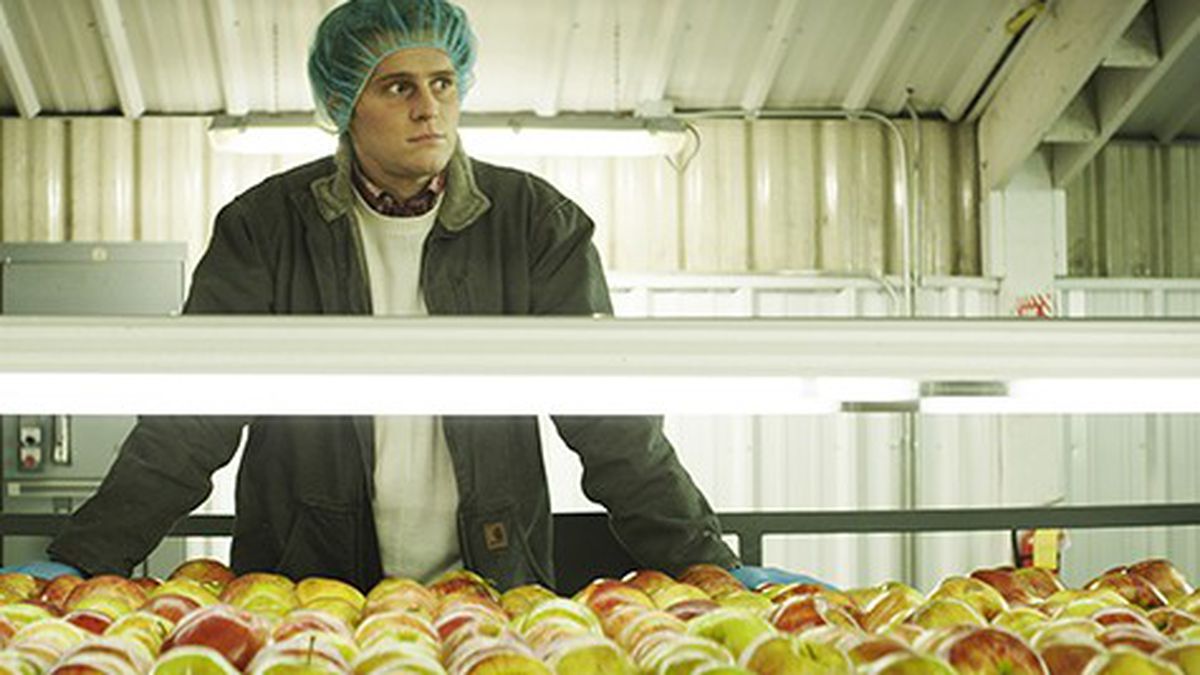 When we first meet David (Jonathan Groff) on the Greyhound bus heading West, we instantly recognize him as a classic fish out of water. With his Yale sweater, his copy of On the Origin of the Species, and the preppy/patrician way he addresses his fellow passengers — a prized collection of crazies — tenderfoot David is cruising for a terrific bruising. We wouldn’t be surprised at all to see him dumped by his girlfriend, sleeping in a barn, nearly raped by a new acquaintance, or mockingly called “Mr. Einstein.”

C.O.G., filmmaker Kyle Patrick Alvarez’ tantalizing adaptation of an essay by David Sedaris, takes the picaresque concept into some eccentric territory. The things this “faggy little white boy” learns while wandering the Oregon countryside spring from a rich vein of American literature. Twain passed through here, and Kerouac, and Albert Brooks, and Kelly Reichardt. Alvarez and Sedaris populate the deceptively peaceful-looking landscape with appropriately disgruntled characters for our hero to interact with: an apple grower (Dean Stockwell), a group of Mexican field hands, a weary fruit packer (Dale Dickey), a forklift operator with a collection of dildos (Corey Stoll), a bible-thumping family, and a couch-surfing war veteran (Denis O’Hare) who’s banking his future on a stock of ugly jade wall clocks nobody wants to pay $100 for.

None of these people especially like David. He comes from a different planet. The director gives his road trip an unrelenting tone of alienation. Actor Groff wears it with a squished-turd expression on his face. This America takes some getting used to. Sedaris and Alvarez are just getting warmed up in the indie-movie game. It’ll be interesting to see where they pop up next, either singly or in collaboration.

Next ArticleMid-Week Menu: Syhabout and Lamoreaux Team Up on The Dock, Authentic Bagel Company Plans an Expansion, and Marrow Tables Dinner Service