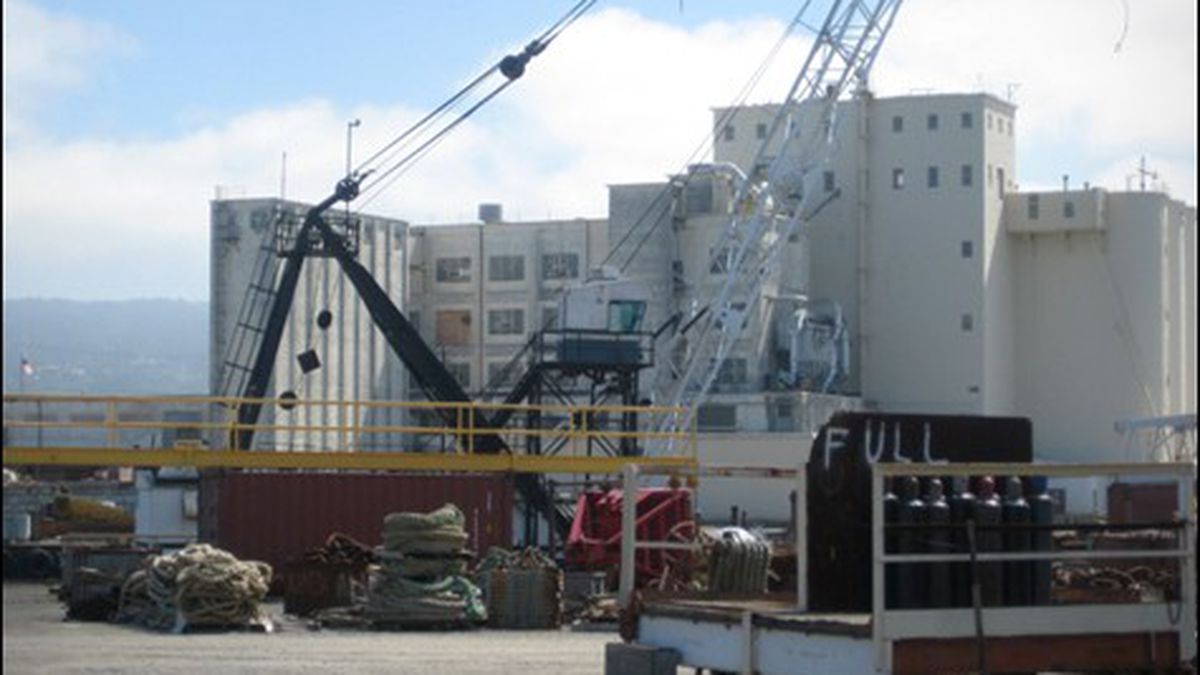 San Francisco Bay is surrounded by hazardous waste that will leach into groundwater and the bay itself when sea levels rise.

Toxic sites ringing the San Francisco Bay tell the story of its recent past. Smelting plants, hazardous waste dumps, landfills, shipyards, fuel depots, and military bases recall an era when the bay was prized more for its tactical and commercial values than for its ecology. Most have been closed or removed, but their toxic legacy often remains intact, hidden just beneath the surface; long-buried chemicals, heavy metals, and hazardous waste still seep into the bay on a daily basis.

The problem will be exacerbated by sea-level rise over the coming century. Coastal areas will slowly submerge as twice-daily tidal infusions push farther inland. During storm surges, higher water will flood land that’s now out of reach. And in some areas, the groundwater level will also rise, inundating native sediments and imported bay fill from below. By 2100, the mean water level of the San Francisco Bay is projected to be at least three feet above today’s.

That’s particularly bad news wherever toxics are present along the bay shore. Water could wear away at existing caps, barriers, and other containment measures, increasing the mobility of buried materials. It could also carry metals, chemicals, and oils directly into groundwater and the bay, where they would harm human health and plant and animal life. Unless the toxic materials are removed entirely, which is often impossible or simply too costly to consider, sea-level rise will greatly increase the likelihood of them escaping into the environment.

A review by the Express of records of toxic sites and cleanup efforts maintained by the California Department of Toxic Substances Control reveals that at least forty existing sites situated on the San Francisco Bay, San Pablo Bay, and Suisun Bay shorelines will likely be impacted by sea-level rise. These include a former landfill near wetlands in the Alviso area of San Jose that was classified as a federal Superfund site in 1985 and a mixed industrial/commercial site on the Pittsburg shore that has been in use since 1911.

Among the most contaminated locations are Alameda’s Naval Air Station, Richmond’s United Heckathorn site (a former shipyard and agricultural chemical warehouse), and San Francisco’s Hunters Point Naval Shipyard. Other cities containing waterfront toxic sites include Oakland, Hayward, Newark, Hercules, Rodeo, Antioch, Novato, Tiburon, Sausalito, South San Francisco, Redwood City, San Mateo, and East Palo Alto; Richmond has more waterfront toxic sites than any other city, with a total of nine. Contaminants at the various sites include heavy metals, petroleum products, asbestos, and chemicals like banned DDT, all of which currently leak or could eventually leak into groundwater or the bay itself. Cleanup or containment is in progress at some sites, while others still need to be evaluated.

But local and state agencies are only just beginning to confront the challenges posed by sea-level rise at toxic sites. Last October, the Bay Conservation and Development Commission — which issues permits for work occurring within a one-hundred-foot band around the bay, as well as in salt ponds, managed wetlands, and some waterways — revised its Bay Plan to squarely address sea-level rise. The new chapter on climate-change policy doesn’t specifically mention toxic sites, but does call for a risk assessment of and protection against a “100-year flood elevation that takes into account the best estimates of future sea-level rise.”

However, the document doesn’t include any mention of how that could actually look. “We leave it very vague as to how they can do that,” said the commission’s chief of permits, Bob Batha. One upcoming project to which the new policy will apply is the containment of the 66-acre Selby Slag Site between Rodeo and the Carquinez Bridge (see “Containing a Toxic Mess,” 6/20). The commission won’t issue a permit unless it’s convinced that the new containment measures won’t be negated by sea-level rise, Batha said — although it’s too soon to say how that will be achieved.

Yet the Selby Slag Site is just one of dozens of toxic sites situated on or adjacent to the bay shoreline, and the vast majority won’t receive the same attention. That’s because the commission’s policy applies only to new projects. Sites that have been previously cleaned up, capped, or otherwise mitigated, but which still contain toxic materials, won’t be revisited.

The San Francisco Bay Regional Water Quality Control Board, which oversees toxic sites and issues permits for coastal infrastructure, also takes a piecemeal approach. Within the last three years, the board has begun requiring sea-level rise to be accounted for in the long-term management plans of decommissioned landfills and other official disposal sites, said Executive Officer Bruce Wolfe. “We’ve expressly called it out,” he said. “We want to make sure there are ways to keep the waste maintained indefinitely.”

However, this doesn’t apply to other sorts of toxic sites such as those resulting from spills and poor handling of chemicals. “In those cases we haven’t necessarily called out the need to look at sea-level rise because, by and large, we expect to have those sites cleaned up before sea-level rise becomes an issue,” Wolfe said. That may be overly optimistic, however, given that cleaning a toxic site can be an incredibly expensive matter. The cost of disposing of the contaminated slag at the Selby Slag Site, for example, would cost ten times more — upwards of $1 billion — than simply containing it.

In such cases where a toxic mess is contained in place rather than removed, usually by capping it with asphalt or other physical or hydraulic barriers, the project is monitored closely for five years to ensure its safety, Wolfe said. After five years, however, management becomes more lax, and triggers to revisit the site grow more infrequent. Without ongoing testing, especially in the face of rising waters, there’s no way of knowing that the containment method is still working. Yet this looming threat has yet to have much impact on business as usual.

“Sea-level rise adds to the challenge to ensure that the cap is still working as designed,” Wolfe said. “So more and more, we’re realizing that we should call it out in our orders as something that needs to be specifically addressed. … It’s an evolving area, but we are recognizing that it has the potential to impact waste sites.”

Ian Wren, staff scientist for pollution watchdog San Francisco Baykeeper, doesn’t believe enough attention has been paid to the issue. “You have to do a lot of site-specific assessments, and that hasn’t really been done,” he said. “There’s a good chance that toxics could leach out to a greater extent than they do now, but nobody’s done a real study as to how likely that is.” At the same time, the cost of preemptively retrofitting a cleanup or containment site — especially given the politics of climate change — may be too much to bear.

“I don’t think anyone would reopen a project to account for sea-level rise, not at this point,” Wren said. If he’s right, it’s only a matter of time before toxics sequestered in shoreline soils and fill finally make their way into the bay.