There's strong evidence that an Oakland city contractor has violated labor and environmental laws, and that he owes the city more than $235,000 in back rent. 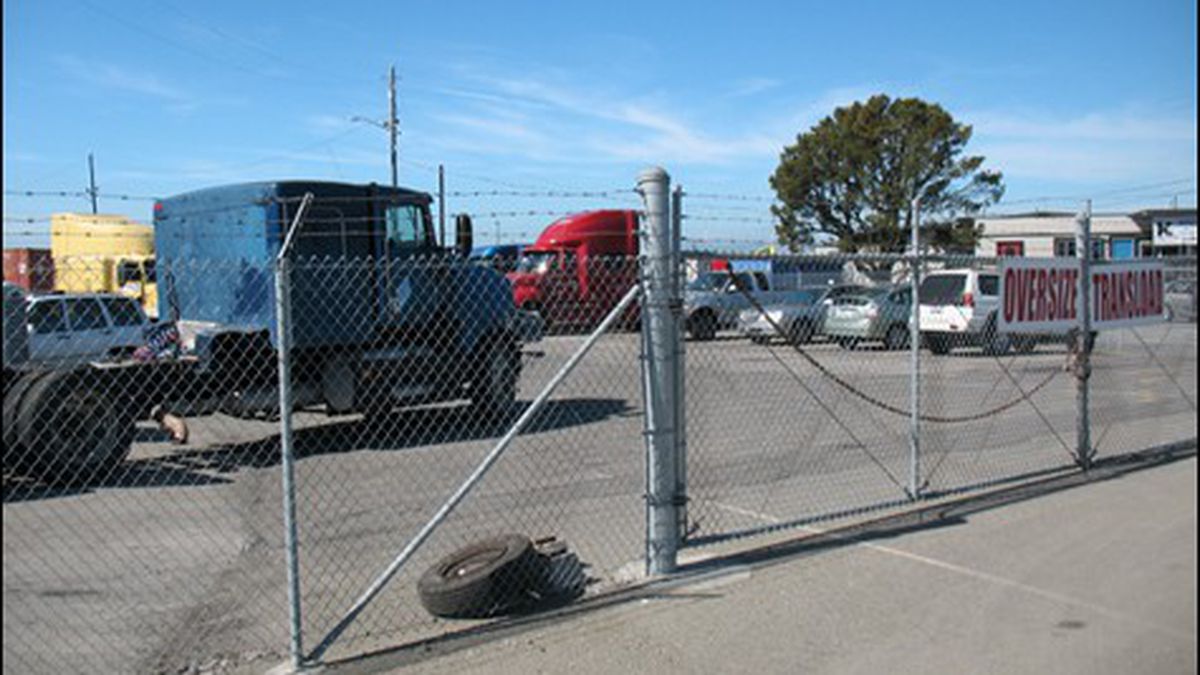 Over the years, Bill Aboudi has portrayed himself as a champion of independent truckers in Oakland. The local businessman has a city contract to operate a large parking operation for big rigs at the former Oakland Army Base. But records also reveal strong evidence that Aboudi has violated several labor and environmental regulations in recent years, along with multiple city laws, and that he owes city taxpayers more than $235,000 in back rent and penalties for use of public property.

In recent weeks, Aboudi has been complaining loudly to public officials that he’s being mistreated as the city readies the Army Base for a massive renovation project. Aboudi is demanding that the city take the lead in negotiating a lease for him at the Port of Oakland so that he can move his truck-parking operation to the port’s section of the former military installation while the city renovates its half of the base. The $400 million city project is expected to take three to four years to complete and generate hundreds, if not thousands, of jobs.

But city and port officials may want to investigate Aboudi’s treatment of workers and the environment before intervening further on his behalf. According to evidence presented in a class-action lawsuit filed by former employees of Aboudi’s trucking business, AB Trucking, he owes 73 employees a total of nearly $1 million in back wages. In a tentative ruling issued last fall, Alameda County Superior Court Judge Robert Freedman concluded that there was “substantial and persuasive evidence” that Aboudi’s employees “were routinely and consistently precluded from taking meal periods and rest breaks.”

The judge also concluded that there was “persuasive” evidence that Aboudi “consistently failed to pay for all hours worked.” According to calculations by the workers’ attorneys — based on a formula that the judge ordered them to use — Aboudi owes the employees $964,557, along with more than $400,000 in court costs and attorney fees. Aboudi’s lawyers have challenged the judge’s tentative ruling, and both sides are awaiting Freedman’s final decision.

Oakland attorney Michael Lozeau, who represents Northern California River Watch — along with the Teamsters and the workers’ rights group East Bay Alliance for a Sustainable Economy, which both later joined the suit — said he was surprised to find out that Aboudi’s facility had been in business for four years without even applying for the required stormwater permits, let alone stopping the flow of pollution into the bay. “It’s very rare to find facilities that haven’t even bothered to apply,” he said.

Public records show that Aboudi did not apply for the permits until after he was sued in 2010. The case is currently in settlement negotiations. Such cases typically settle after defendants take the proper measures to stop polluting and pay some sort of penalty.

In an interview, Aboudi contended that he did not violate labor laws — despite the judge’s tentative ruling to the contrary. And he said he did not know about the stormwater runoff problem or that he needed permits until the suit was filed.

In the past, Aboudi has feuded with the Teamsters over labor organizing at the port. Several years ago, the Teamsters urged the port to contract with larger trucking companies that employ union drivers. Several environmental groups joined the cause, noting that shipping companies that forced small independent truckers to wait in line for hours at a time to get their trucks loaded were worsening truck emissions in West Oakland. Larger trucking companies, the groups argued, would be powerful enough to push back against the shippers, and thus put an end to trucks idling at the port. Aboudi, however, was one of the leading voices against the movement, arguing that it would hurt small truckers.

In an interview, Doug Bloch of the Teamsters said Aboudi wouldn’t be in legal trouble if he had followed labor and environmental laws. “If you pay your people, you don’t have anything to worry about,” he said.

Aboudi, who has garnered support from several city councilmembers over the years, won the truck-parking contract at the Army Base in 2007. The facility, along with one on the port’s portion of the base, was the culmination of an effort to get small trucking companies to stop parking their big rigs in West Oakland neighborhoods.

But records show that, as of March 1, Aboudi’s truck-parking operation owed the city $236,489 in back rent, utilities, and late fees. Aboudi routinely racks up late fees for failure to pay the city what he owes on time, the records reveal. In an interview, Aboudi disputed that he owes the city that much money, but added that “we’ve always been about a month late” in paying rent to the city.

Court records and public documents also show that Aboudi’s truck-parking operation has violated other city regulations and laws. In a sworn deposition, independent trucking operator David Blyth admitted to living for a time at the truck-parking facility. Blyth, who is also Aboudi’s former employee, said that Aboudi allowed him to drive his “trailer” onto the site and live in it for a “couple of months” in late 2008 or early 2009.

It is illegal to live on city property. In addition, Aboudi’s lease with the city specifically prohibits “any residential use of any kind.”

A search of city records also revealed that the vast majority of small trucking companies that rent space from Aboudi at his parking facility do not have business licenses — and thus do not pay city business taxes as required by law. Of 73 tenants, 52 had no business licenses as of late last year. In addition, another eight tenants had expired business licenses. It is unclear how much the city is losing in tax revenues each year because of these violations.

During the past month, the city gave Aboudi notice that he has to move his truck-parking operation by May 31 because it’s on Army Base property that is going to be redeveloped. The city also told Aboudi to negotiate a deal with the port to operate on its section of the base until the city’s project is completed. But Aboudi said that the city should take the lead in making the deal for him with the port. He also has indicated that he won’t leave until he’s guaranteed a spot on the city’s portion of the base when the redevelopment work is done. The issue could end up in court, because the city stands to lose $240 million in federal funds if the Army Base project is delayed.

Aboudi also has been contending lately that the city’s master developer of the base, Phil Tagami, has a “conflict of interest” because it was Tagami who sent him the notice of eviction. Aboudi noted that the city property he operates on will put be under the control of Tagami’s company, California Capital Investment Group, if Aboudi cannot reach a new deal with the city for truck parking.

In an interview, Tagami said he was merely acting as the city’s agent when he sent the notice of eviction and that city officials had directed him to make sure the property was vacated for construction. Tagami also recently sent notices of eviction to other tenants of the city’s portion of the base. “We’re not making the decision; the city is making the decision,” he said.