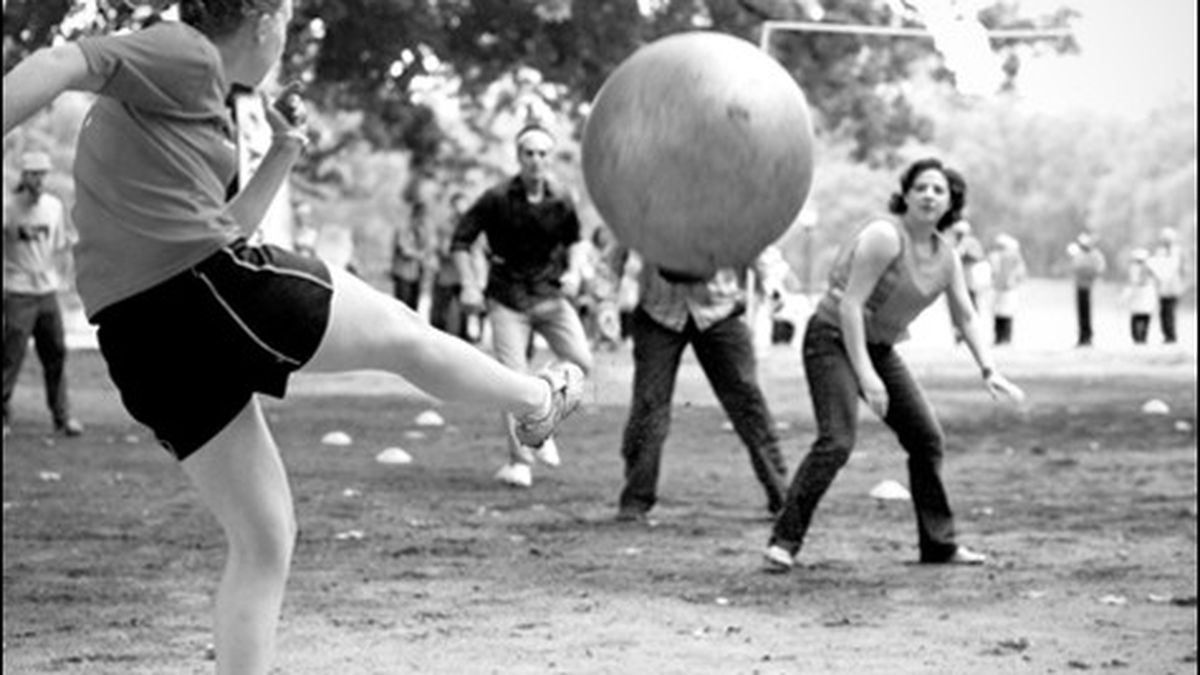 A sport with theatrical origins.

Ask Greg Manley to draw parallels between sports and theater and he can talk at length about their similarities. For one thing, there’s the staged conflict that makes each production worth watching: Onstage, it’s the drama that builds with an actor’s scripted delivery; on the field it’s the less explicit, though no less impassioned, dramaturgy driven by an athlete’s desire to win. And, like the protagonist of any play, in sports “you have heroes to rally behind. There’s a very epic quality to professional sports that exists in all kinds of theater.”

Still, it’s easy to see how the two diverge. Sports, by their physical nature, tend to attract more brutish types, whereas theater draws those with less corporeal concerns. But if anyone is qualified to compare the crafts, it’s Manley, who grew up in Oakland and participated in everything from sports camps to a high school production of The Laramie Project. Ultimately, he committed to the latter, moving east after high school to study drama at NYU, where the overlap between actors and athletes was basically nonexistent, he said. “I lost touch with my athletic life after going into drama,” Manley recalled.

And then, in 2006, when he was tasked with creating an original theater piece for a senior project, Manley was bit by the athletic equivalent of the acting bug. He decided to incorporate athletics into theater — and he seems to have succeeded. Circle Rules Football — named for the circular field on which it’s played — is a “theatrical” team sport that combines elements of soccer, volleyball, and wrestling, with opponents aiming a large rubber “stability ball” at a single, central goal. And despite its theatrical origins, Manley said the bulk of the game’s drama comes from the sport itself. While certain aspects of the game — like the requirement that a player use both feet to kick the ball inbounds — seem silly at first, he said the game is just as competitive, and dangerous, as any. In other words, you won’t find players sauntering around, reciting lines from Shakespeare.

The motley game, played by everyone from beefy rugby players to lanky thespians, has garnered such a vast following that it could just be Manley’s magnum opus. Now organized under an official federation, it’s been featured in The New York Times and on Good Morning America and played across the country and as far away as England. With a five-team league that convenes regularly at the sport’s birthplace in Brooklyn’s Prospect Park, New York is inarguably the game’s epicenter. But with the league in its off-season, Manley returned to Oakland in January to start an East Bay faction that could eventually compete with the East Coast originators. He’s been holding free, informal games every Saturday from noon to 4 p.m. in Astro Park (550 El Embarcadero, Oakland), where games will continue after he eventually returns to New York. Manley plans to check on the progress of the fledgling team this summer. He’s working as a puppeteer in an eighteen-month traveling production of Warhorse, which makes a San Francisco stop in August. “I guess I’ve made a career out of taking silly things seriously,” Manley said.

Leave the Pizza, Take the Cannoli (and Stromboli) at Marley G’s...