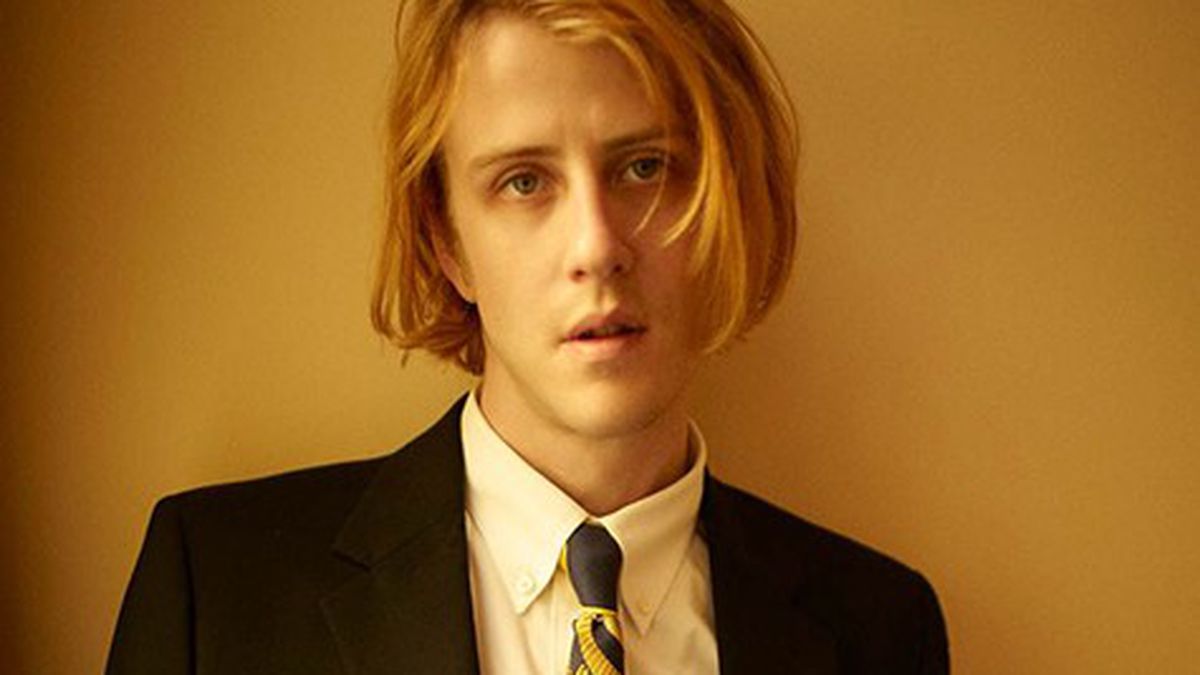 The former Girls frontman's last two solo albums play with modern misgivings about songwriters who claim they're the real deal.

Christopher Owens is infatuated with songwriting conventions. He indulges mightily in romantic sentiments and even claims creative purity in song — two themes carefully calibrated to convey intimacy. It helps that his dulcet coo, often little more than a murmur fluttering on top of delicate arrangements, manages to intimate a personal whisper to every listener. Modern audiences are trained to approach avowed authenticity with reservations, if not sneers, especially when it’s asserted by guitar-toting career indie-rockers. Still, Owens’ last two solo albums — 2014’s A New Testament and Chrissybaby Forever, which was a surprise release last week — taunt and challenge those very same misgivings.

On A New Testament, Owens worked with melodrama-steeped Americana subgenres: bleary-eyed soul, sad-sack country, and bleeding-heart ballads. Love abounded in his “troubled heart,” along with his other one, the “heart akin to the wind,” both of which could be unlocked with a key, according to another track. At the time of its release, one critic argued that clichés don’t exist on A New Testament, which is one way to say they’re forgivable in context, but that evades a better point: A New Testament depended on clichés; they were woven into the thematic fabric, inextricable from the surrounding shapes and forms of classicist pop.

A New Testament’s cover depicted Owens in front of a grinning congregation, head cocked and coyly smiling — the posture of a gracious host. In an indie arena that trades in obscurantism, Owens plied the persona of a transparent balladeer, unabashedly ingratiating fans with familiar notions of love. None of it seemed worn or wrought if listeners mustered a little faith in the cherubic fellow’s supposedly trustworthy testimonials.

The album title also evoked Owens’ backstory. He was brought up in the Children of God — a cult led by the apocalyptic naysayer David Berg — and later the eccentric oilman and artist Dave Marsh 3 mentored him in Texas. During the critical coronation of Owens’ old group, Girls, this biography was thoroughly parsed, and it was revisited more recently when Marsh was indicted for sexually abusing teenage boys, charges that were settled out of court before the artist’s death in 2014. On Chrissybaby Forever, more so than A New Testament, Owens demonstrates awareness of the endearing power of perceived biographical detail.

Chrissybaby Forever includes dates appended to the lyrics of each song, presumably indicating the moment of creative conception. Further, the album’s first three songs are about songwriting, a focus intended to close the gap between outward persona and the real scribbling lyricist at home. On “Music of My Heart” — which alternates between verses belied by little more than a wonky bass riff and spritely acoustic refrains — Owens asserts the integrity of his songwriting: It’s not 1+1 or ABC/It’s not a formula or a mystery/It’s just the music of my heart.

Of course, that’s heavy-handed enough to choke on, if you haven’t already gagged on the astonishingly cloying album title. But like Owens’ use of cliché on A New Testament, “Music of My Heart” is indicative of the artist’s unapologetic naïveté. This knowing approach preemptively deflects criticism.

In David Magnusson’s Purity — a photography book depicting fathers and daughters at so-called Purity Balls, where the young women reaffirm their pre-marital chastity vows in formal attire — the power of the images rests in a clash between doted-upon projections of pure white innocence and viewers’ knowledge of the inevitable stains of real life. The way Owens cultivates an image of monastic preciousness — dating his every new composition for posterity, thumbing melodies on his very first acoustic guitar at home — is charming precisely because it’s so easy to perceive that he’s detailing fantasies.

If you can’t infer Owens’ cheekiness, Chrissybaby Forever breaks from A New Testament in the sense that it references chaos, too. On the front-end, there’s “Another Loser Fuck Up,” an ode to spontaneity replete with a freewheeling guitar solo outro. Then, there’s “Heroine (Got Nothing on You),” a spare doo-wop romp with hiccups, backups, and an almost goofily obvious double entendre.

Where A New Testament presented Owens as a plainspoken balladeer, Chrissybaby Forever is less overtly nostalgic. There are throwback tracks (“Me Oh My” is practically a pastiche of Felt’s early catalog), but Owens isn’t so singularly fixated on the past. In fact, the standout single “Selfish Feelings” emphasizes phones and texting, and references to digital life crop up elsewhere. Apps appear in rap all of the time, but indie-rock tends to grasp for imagery well-codified by the 1980s. On Chrissybaby Forever, Owens is keen to signal his honesty by acknowledging the role of the internet in modern romance, something that A New Testament’s nostalgic bent precluded.

If you’re wondering how real it all is, whether Owens’ thorough claims of auteur legitimacy accurately reflect the quotidian details of his San Francisco existence, then stop. It’s the wrong question. But he is a craftsman of perceived authenticity. As “Music of My Heart” puts it: If it’s real/Don’t have to explain it. But we do.