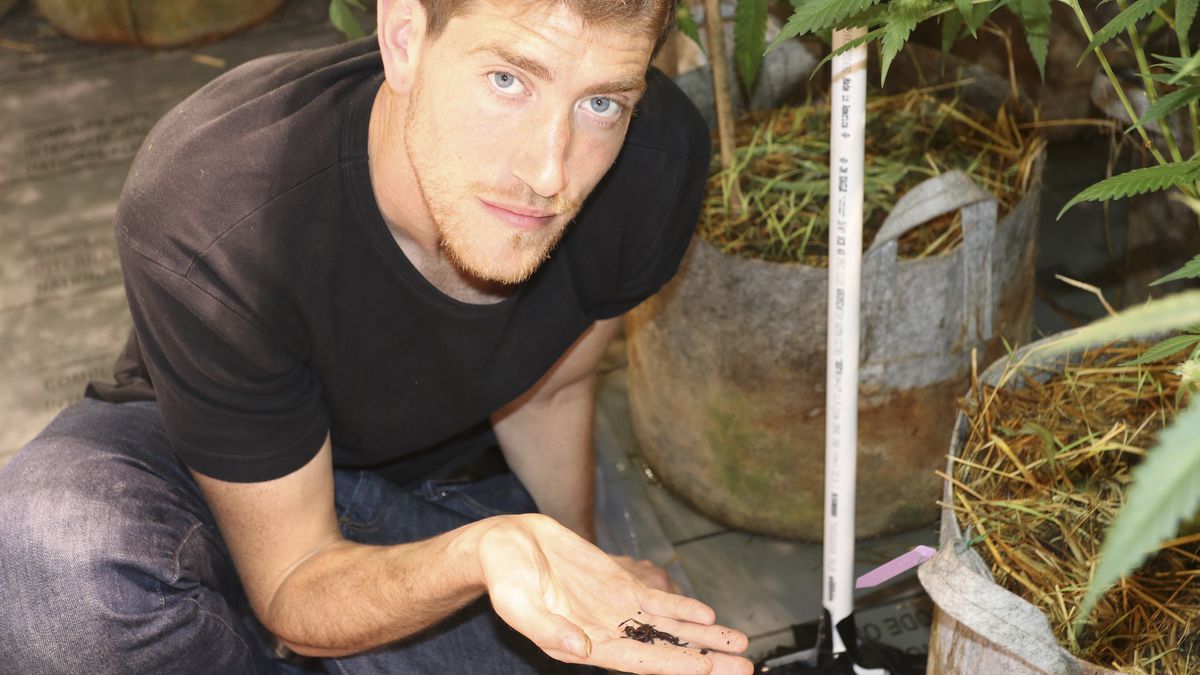 
Cannabis cultivator Joseph Snow falls easily into the designation “craft farmer,” but really, he’s more than that. Snow’s commitment to constantly improving his cultivation skills, organic philosophy, and the quality of the cannabis he grows puts him a category that is better described as “artisan.”

“When attention is given to each individual plant, you see a quality that you simply don’t in larger, ‘Walmart-type’ grows,” said Snow who at times can sound like a sommelier talking about a special vintage. “With smaller grows, it’s possible to see plants with amazing, crystalized, resined-covered flowers that smell great and have highs with better characteristics.”

But Snow, who came to California from Israel two years ago, recently realized that his small artisanal growing operation would have difficulty competing in the state’s new, legal cannabis market because of state regulations that favor medium and large corporate farms. State law so heavily caters to large business that the California Growers Association, which formed in 2014 to protect cannabis growers’ interests, has sued the California Department of Food and Agriculture for alleged violation of the state’s cannabis law by allowing pot farms to exceed one acre.

Without the one-acre cap, small growers and cannabis micro businesses owners will eventually be squeezed out of business by large, well-heeled, and influential companies, according to the suit filed in Sacramento County Superior Court. “It’s an appropriate time for the judicial branch to weigh in and provide an interpretation of state law,” said association Executive Director Hezekiah Allen.

In the meantime, thousands of craft farmers and micro business owners have been refused permits by the state and are struggling to keep their businesses alive. Some have piggybacked onto larger, permitted companies, others have gone back into the black market, and some have moved to states with friendlier laws. Or, like Joseph Snow, they are reconfiguring their business plans in creative ways that comply with state law.

Snow has identified a potential market niche for which his skills are tailor-made. State cannabis law allows people to grow up to six plants in their own home. (Six-plant indoor home grows are legal throughout the state, but some municipalities have banned outdoor growing.) To serve this market, Snow and his partners have started a new business that provides consultation and maintenance for clients who want to grow a superb product in their homes in such a way that it will not only provide them with the best weed but also offer a stunning six-plant garden that will generate prestige in a manner similar to an impressive wine cellar.

Snow and his new company, Snow Till Consulting, offer an initial consultation and setup, which will include recommendations for lighting, tent, carbon filters, and other equipment. Snow will also provide his specially developed “no-till” soil, which will not need to be changed between grows. From there, home growers can do the rest themselves or contract with Snow Till to come by once or more a week to make sure the plants are maintained properly and deal with any problems that might arise.

For Snow, a small grow of six plants creates the best opportunity for growing top quality weed, and it’s an excellent way for home growers to learn the best techniques and develop their own skills. “It is easier to control the outcome in a smaller environment, and the quality is apparent in the way the flower looks, smells, tastes, and feels.”

And quality is what Snow has striven for since he was in college. A friend taught him the basics for growing high-end cannabis, and he has been committed to improving his growing techniques ever since. His skill set greatly improved when he learned about a growing method that uses “super soil,” which requires growers to build their own soil bases, a practice that introduces cultivators to soil science. This allowed Snow to experiment to achieve various outcomes by varying nutrient-rich soil components such as kelp meal, worms, rock dust, and crab meal.

Snow later studied the organic farming techniques of Masanobu Fukuoka, an iconoclastic Japanese farmer who bucked the 20th century’s chemical-based farming practices. Fukuoka’s philosophy was key to helping Snow cultivate top quality cannabis without the use of pesticides, fungicides, or chemical fertilizers. Fukuoka’s methods also taught Snow how to prepare and maintain soil in a way that it never loses nutrients and never has to be replaced.

For more information about Snow Till, you can email  [email protected] or go to his Instagram account to see images.

As People of Color Disappear from Oakland, So Do My Memories