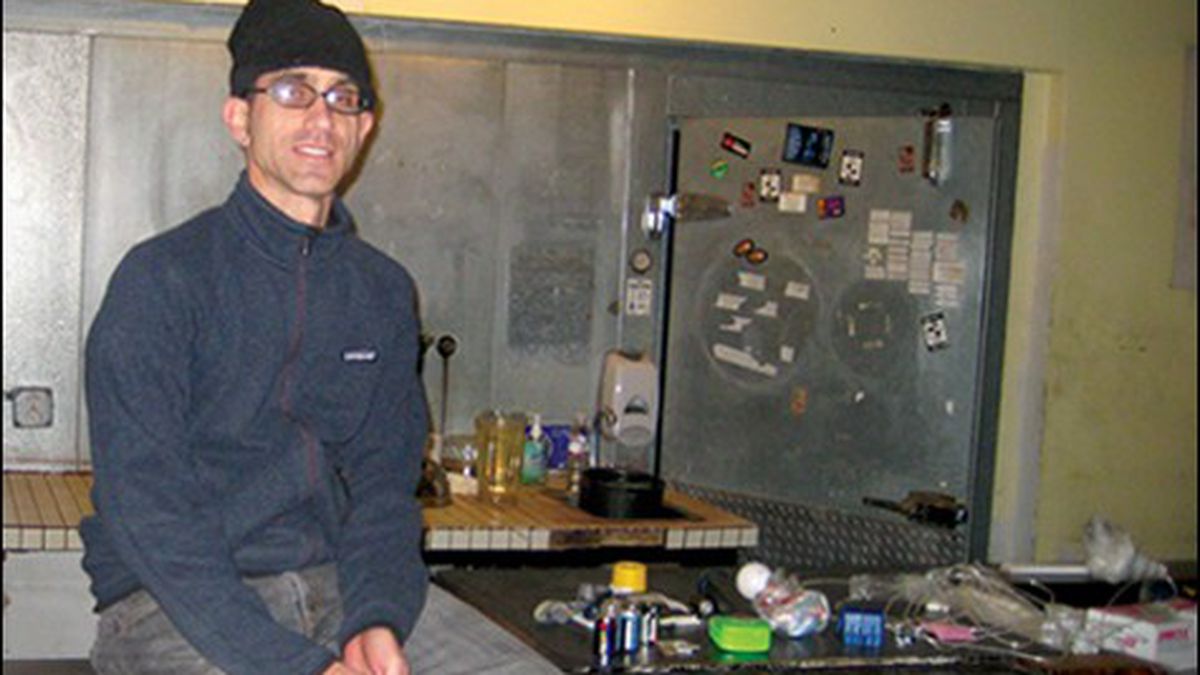 Can the New Parkway Reopen the Beloved Theater?

J. Moses Ceaser is a popular man in Oakland these days. For months, the entrepreneur and documentary photographer led a spirited and very public effort to reopen the city’s revered Parkway Theater. Last week, he formally announced that he’d succeeded. Well, almost. As of press time, he had yet to sign a lease with the theater’s owners and landlords — but he promises that a deal is right around the corner, likely by the end of the year. Assuming it is, his business, currently dubbed The New Parkway, should be opening the theater’s doors on Park Boulevard by early summer. Yet as Parkway supporters who’ve followed the theater’s travails since its sudden closure last spring know all too well, that may be easier said than done.

A recent tour of the 1920s-era theater helped confirm why: From top to bottom, it’s in no shape to show movies. The building’s owners, Yan and Judy Cheng, have estimated that it may need as much as $500,000 in repairs, Ceaser said, and a string of suitors to reopen the Parkway have thus far been unable to overcome that financial obstacle. But it looks like things may be changing. Ceaser said the primary difference between his attempt and previous attempts is that the owners recently agreed to shoulder some of the costs. While the precise nature of those contributions remains to be finalized, business loans and redevelopment funds from the city could help. Both the Redevelopment Agency and Councilwoman Pat Kernighan, who was unavailable for comment, have played a part in the negotiations.

The day after Ceaser’s e-mail announcing the Parkway’s reopening went out last week, he, three members of his team, a contractor, and the Chengs conducted a thorough walk-through designed to assess the building’s repair needs. The kitchen boasts a commercial pizza oven but little else. The bathrooms aren’t ADA accessible and need serious attention. The projector room is cramped and missing critical equipment. Then there’s the faulty plumbing, outdated electrical system, and leaking roof, evidenced by a twenty-foot-and-growing hole in the paper-backed ceiling above the upstairs theater.

It’s daunting work, but that doesn’t faze Ceaser, perpetually optimistic as he is. In fact, even without a lease in hand, he’s envisioning upgrades of his own. During the tour, he walked about tapping on walls and trying to identify, which the help of the contractor, which were load-bearing and which were not. It’s helpful knowledge to have when you’re considering knocking out walls and reconfiguring spaces, as Ceaser would like to do with the entrance area. An adjacent space that used to be an H&R Block tax office is now part of the theater, and Ceaser intends to integrate it into the lobby.

But that takes money — and it’s money, on both sides, that will determine if the Parkway truly reopens next summer. Ceaser’s business plan, which relies heavily on the picture-pub-pizza model popularized by the theater’s previous operators and was hashed out over six months of research, identifies $400,000 in start-up costs. This includes lenses for the existing 35 mm projectors, digital projectors, a sound system, kitchen and bar equipment, restaurant supplies, furniture, carpeting, painting, facade improvements, kitchen and lobby work, and a host of other one-time costs. Ceaser is actively recruiting investors large and small, and recognizes that his success will largely depend upon hitting his target. Through a funding platform called Kickstarter, The New Parkway has raised approximately $200,000 to date.

Ceaser hopes the owners will assume responsibility for legal and structural issues, namely the restrooms, roof, electrical, plumbing, and fire safety. The exact cost of related repairs is unknown, but according to Larry Gallegos, redevelopment area manager for East Oakland, the city can provide matching grants of at least $75,000. That number could rise considerably, given the property’s multiple street addresses and importance to the surrounding neighborhood, which has been designated a master-plan streetscape development zone. A renovated Parkway Theater could work wonders for the area, Gallegos said, so he’s looking forward to seeing it succeed: “It has a spillover effect to all the other businesses. If they see the Parkway being improved, they’re going to want to improve their storefronts as well.”

The New Parkway also has the support of a nonprofit organization called I Like the Parkway, which formed following the theater’s closure and amassed nearly 5,000 Facebook followers in its first week. On the heels of Ceaser’s announcement last week, I Like the Parkway officially endorsed The New Parkway — the first time it’s done so for any potential new Parkway operator. Co-founder and spokesman Peter Prato said they did it primarily to help Ceaser succeed by publicizing his call for investors. “In the past, the ideas were good, but all the pieces didn’t seem to be there,” Prato said. “There was always something missing. … If there’s a group that can reopen this, it’s them.”

Last week’s walk-through bore out Prato’s confidence: The mood was light and friendly, and Ceaser and the Chengs appeared to share a good rapport. Mr. Cheng showed off some of his favorite features of the building, such as the Egyptian-motif lights framing the main screen, while Ceaser cracked jokes with all the cheerful ambition of a first-time homebuyer touring his new house. Mr. Cheng even gave out hugs at the end of the evening. “I want to open the theater soon,” he’d told me earlier in the day, and it seemed he meant it. “I’m really, really excited.”