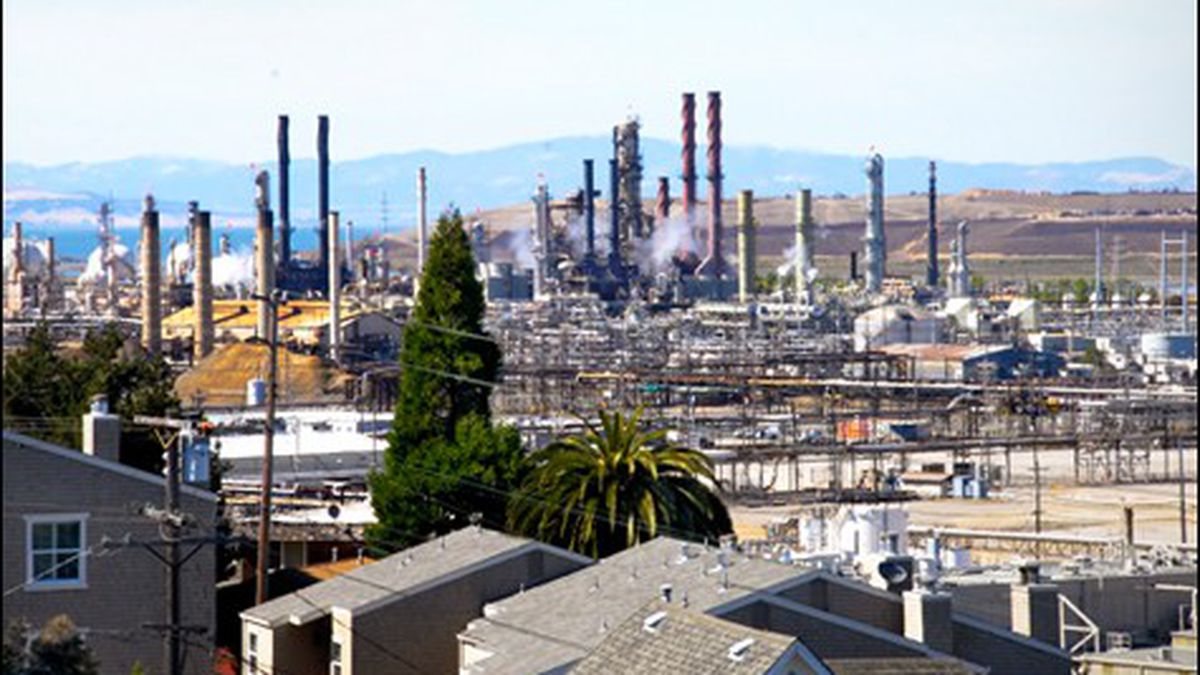 The Richmond Progressive Alliance is contemplating its future after getting thumped by Chevron in the election.

Until the November election, the plucky Richmond Progressive Alliance had enjoyed a remarkable string of successes, despite the fact that the organization accepts no corporate donations and picks fights with giants of industry, including Chevron and the American Beverage Association. The RPA’s string of wins over the years also was a significant accomplishment in blue-collar Richmond because the city had traditionally been under the thumb of Big Business.

The Richmond Progressive Alliance was formed in November 2003 in the kitchen of founding member Juan Reardon with Andres Soto, Roberto Reyes, and local activist Gayle McLaughlin, who went on to become Richmond’s mayor. The environment was ripe back then for a new political force in the city, which had largely been run by Chevron-beholden elected officials for decades. Due to poor management, the city also was on the brink of financial disaster. Hundreds of city employees had been laid off, and city services had been drastically cut back.

Still, RPA’s early electoral successes surprised its founding members, none more than McLaughlin, who has since won three elections including two for mayor. “When I was first approached to run for the council, I thought it was an opportunity to make the progressive voice heard, to get the message out,” McLaughlin said. “I never thought I would win.”

But the RPA took a beating this past election largely due to a crushing amount of money — $4.1 million (including $1.2 million from Chevron and $2.7 million from the American Beverage Association) — that was used against at RPA candidates and Measure N, an RPA-sponsored measure that would have created a one-cent-per-ounce tax on sugar-sweetened beverages. “This election was the first time we didn’t have an election win of either a candidate or a measure,” McLaughlin said. “It’s made an impression on the RPA, so now we are looking at how we can reorganize, how we can continue to push back.”

And pushing back is what the RPA has been effective at. Besides winning the mayor’s race in 2006 and a majority on the Richmond City Council in 2010, the RPA has stacked up a series of victories against opponents who vastly outweighed them in funding and political power. In fact, the RPA is perhaps the only organization of its kind in the United States to gain so much local influence without accepting corporate contributions.

The RPA was a major factor in putting the kibosh on a plan to build a Las Vegas-style casino on Point Molate’s ruggedly beautiful shoreline. The RPA has also been instrumental in forming Solar Richmond, which has won the city numerous awards for having more residential solar installations per capita than any other in the state. The RPA has also led the campaign against childhood obesity, which is a major health concern in Richmond.

But the RPA’s greatest foe has been Chevron, which for years exercised control over the Richmond City Council. Chevron’s refinery annually emits roughly 271 tons of toxins into the atmosphere, according to the Bay Area Air Quality Management District. The US Environmental Protection Agency is currently conducting a criminal investigation into the claim that Chevron officials conspired to illegally bypass air-monitoring equipment to burn hydrocarbon gases into the atmosphere.

But the RPA has showed no fear in taking on the oil giant. The group was the driving force behind Measure T, which ultimately required Chevron to pay the city $114 million in taxes over a fifteen-year period, in addition to the $20 million it was already paying each year. The RPA has also been diligent about holding Chevron responsible for upgrades and repairs to its refinery after a fire in August destroyed a crude unit. Federal and state investigators are conducting an investigation into the fire, the second at the refinery in five years. Investigators are focusing on an eight-inch diameter pipe that Chevron officials may have failed to inspect and replace.

Not only did the RPA not have the funds to respond with a similar campaign, the group also faced what appeared to be uneven reporting by local news sources. When Chevron sent out a hit-piece mailer attacking RPA candidate Marilyn Langlois for openly withholding federal taxes to protest the wars in Afghanistan and Iraq, the Contra Costa Times and Richmond Confidential, a UC Berkeley student-run website that has done an excellent job of covering Richmond news, wrote several stories on the subject. But neither Richmond Confidential nor the Times, which endorsed Bell, did a story on Bell’s transgressions, following the revelation that he misused public funds to take his wife to Las Vegas when he was a councilmember in 2003 and then lied about it in a public forum. Bates and Bell won the election (along with Councilman Tom Butt, who often votes with the RPA), beating RPA candidate Eduardo Martinez by six hundred votes, although Bell has since been stricken by a serious case of meningitis and may be unable to take his seat on the council.

Chevron spokeswoman Heather Kulp told The New York Times that the oil giant spent such large sums of money on the election because “we think that it’s important for voters to have the information about all the candidates so they can elect the city council members that are best suited to helping push Richmond further into the future.”

However, Chevron-backed candidate Bates has repeatedly attempted to block sustainability initiatives in the city. For example, he and his council ally, Councilman Corky Booze, voted against the city’s general plan, which is designed to guide development in Richmond, strengthen the city’s infrastructure, and create jobs. They also voted against plans for pedestrian and bicycle pathways, which promise to make Richmond safer and encourage alternate forms of transportation. And they voted against the city signing a contract with the Marin Energy Authority, which is designed to give residents the choice of using renewable energy in their homes.

But how the RPA will fare in the next election remains to be seen. McLaughlin, the RPA’s most consistent election winner, will be termed out of office and it’s unclear whether progressives can field another candidate who will be as successful. In addition, Chevron has spent successively more money on its candidates over the past three elections, which means the oil company could set another spending record in 2014 in its effort to regain control of the council. The likelihood of that is increased by the fact that the refinery will be moving forward with upgrades and may face possible mandatory safety measures as the various state and federal investigations are completed.

But the RPA seems undaunted. At a recent post-election meeting, members analyzed their campaign tactics. And they encouraged the twice-failed candidate Martinez to run for council one more time. “That’s why I ran,” said Martinez, who was obviously moved by the support. “And that’s why I’ll run again.”