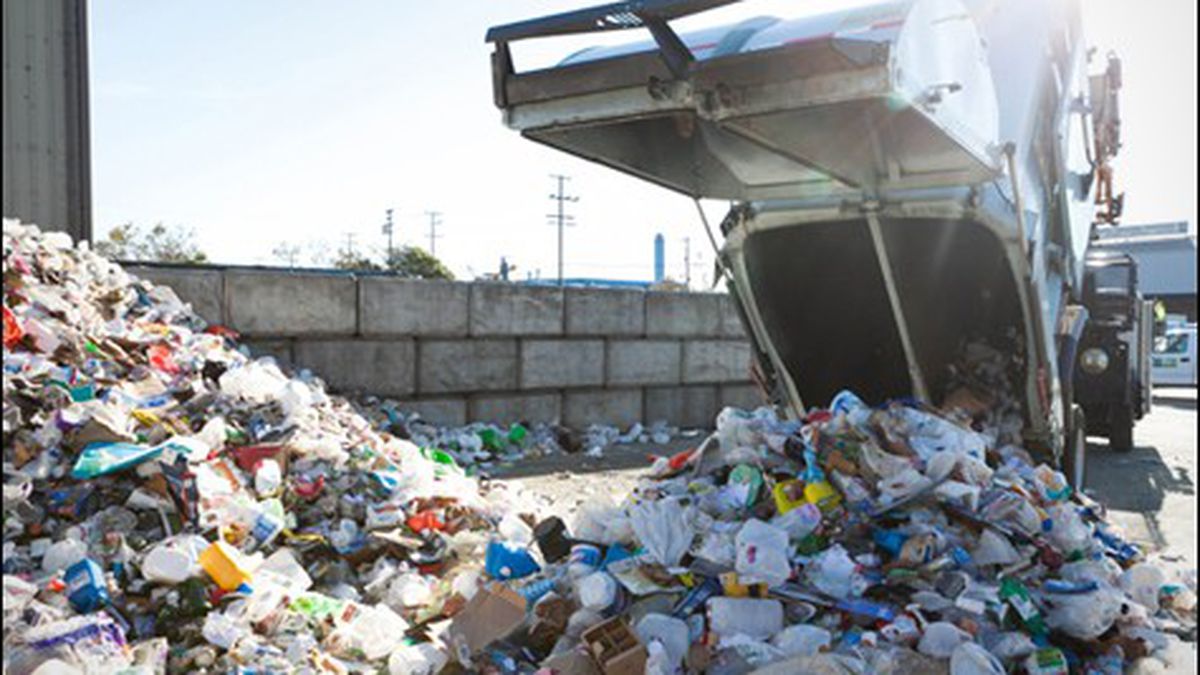 Can Berkeley Tackle Its Plastics Problem?

The city is taking its first steps toward recycling mixed plastics.

If there’s one thing you can say about recycling plastics today, it’s that it’s never easy. There are no simple answers, no clear-cut paths, no defined right or wrong. And out of all the cities in the recycling-crazy Bay Area, no city has struggled with the implications of this as much as Berkeley. Whereas just five months ago representatives of the city and its partners were defending the decision to rebuff prevailing trends and keep mixed plastics out of the recycling stream (see “The Plastic Problem” 11/9/11), Berkeley is now taking its first tentative step toward welcoming them into the fold. Still, there’s no telling where it will lead.

In late March, Community Conservation Centers, the nonprofit organization that operates Berkeley’s materials recovery facility, or MRF (pronounced “merf”), announced it had received an $85,000 matching grant from StopWaste.org to upgrade its small, outdated facility. The work, which according to General Manager Jeff Belchamber should be complete in early June, will improve overall efficiency and enable better sorting of glass, thereby saving tens of thousands of dollars a year: no controversy there.

But the addition of new conveyor belts, hand-sorting positions, and storage bays and bins at the facility will also allow Berkeley, for the first time ever, to begin to process a range of mixed rigid plastics for recycling. And this is where things get complicated.

For instance: Which plastics? How many? From whom? Where will they go? And how much will it all cost? No one yet knows the answers to any of these questions, including Belchamber himself, who wrote the grant application back in December, after we published our story about Berkeley’s conundrum.

“We’re working with our markets to find out exactly what materials they’ll accept, and what materials we can handle,” Belchamber said. He’s also doing research into the economics of handling these new plastics, which may include the likes of yogurt cups, laundry detergent jugs, and other non-bottle plastic containers. One of the primary challenges of handling mixed plastics is that it’s often a profit-losing enterprise: the price of capturing, bundling, and transporting them — even overseas to China in empty shipping containers leaving Oakland’s port — typically exceeds the price paid by recyclers. Recycling of plastic bottles, which Berkeley has done since 2000, is subsidized by the state through redemption values.

Late last year, Berkeley touted a six-month pilot program to deliver number-five plastics to Mill Valley company Green Toys, avoiding the significant labor and environmental hazards associated with sending plastics, electronic waste, and other refuse overseas. However, the program has since been discontinued because trucking the materials to a Southern California processor proved to be considerably more expensive than shipping them all the way across the Pacific. Thus, any new plastics that the Berkeley facility begins bundling and marketing are apt to end up overseas, for now at least.

Even so, there could be significant costs. “I’m confident that there are markets for it,” Belchamber said. “I’m not confident that it’ll pay for itself.”

Ken Etherington, head of Berkeley’s Solid Waste Division, suggested that the cost of handling the new materials could be offset by concurrent improvements in efficiency and glass sorting. “But that’s to be seen,” he said.

As for who would foot the bill? Another unknown. Etherington noted that any new operating costs would have to be addressed at the city council level, and could ultimately be passed along to ratepayers. Berkeley’s refuse rates are already among the highest in Alameda County.

And there’s yet another twist. Despite the best efforts of the Ecology Center, the nonprofit that provides curbside collection services to the city and helps educate residents on what they can and can’t recycle, many unwanted non-bottle plastics still end up in Berkeley’s MRF. Those that do are dispatched to local landfills. At minimum, upgrades to the recycling facility will finally allow these “residual” plastics — about two hundred tons a year, Belchamber estimates — to be recycled instead of landfilled.

Yet this is just a sliver of the nearly 10,000 tons of plastic landfilled by Berkeley every year, according to a 2008 StopWaste.org audit. And there’s no guarantee that the city will be ready or even willing to improve its diversion rate by collecting mixed plastics any time soon.

Ecology Center Executive Director Martin Bourque said that studies will need to be undertaken to determine what volume and types of plastic could be added to the recycling stream, whether the Ecology Center has the capacity to handle it — especially given an impending transition to single-driver routes — and what the expense of doing so would be. The vetting process could take up to two years, Bourque said.

Stepping out of the weeds of balance sheets and tonnage capacities, the questions get even tougher. Bourque is a bit bearish on the whole concept of plastic recycling, and so are some Berkeleyans — a force the city’s gung-ho Zero Waste Commission will have to face when (or if) it decides to bring the issue to the public forum.

The concern, Bourque said, is that recycling doesn’t actually address the most serious problems associated with plastic, including toxicity and pollution, and could incentivize consumers to use more plastic. “We don’t think that we can solve the problem with plastics simply by recycling,” he said. “It makes people think that we’ve solved the problem, and really all we’ve done is move them from the gray bin to the blue bin.”

That’s precisely why some members of Berkeley’s well-educated, fiercely green ranks may ardently oppose the notion of expanding plastics recycling. Bourque lists off a number of alternative approaches that he believes should at the very least be used in tandem with recycling: expanding producer responsibility for consumer packaging, banning certain plastics, developing local markets for recyclable plastics, and, perhaps most importantly, reducing our consumption of plastics.

Bourque and other solid-waste professionals also argue that tackling plastics is by some measures a low priority. “There are still much bigger and more valuable parts of our waste stream that need attention, like recyclable paper and compostable discards,” he said. Culling these biodegradable materials from landfills can also offer significant reductions in greenhouse gas emissions.

The bottom line, however, is that the city is under significant pressure to expand its plastic-recycling infrastructure. Many residents are demanding it, especially after watching neighbors like Oakland and El Cerrito grow their programs in recent years. And Berkeley’s Zero Waste Commission, charged with steering the city toward zero waste by 2020, a mere eight years away, needs every chance it can get to stop materials from leaving Berkeley for a landfill.

What remains to be seen is whether Berkeley leadership, residents, and recycling partners can reach a consensus on plastics, and whether they can agree upon a sustainable way to pay for it. Otherwise, Berkeley’s first steps toward recycling mixed plastics may also be its last.&#8;

One Garnish Too Many