.California’s Nuclear Future Is in Doubt

Once the epicenter of America's debate over nuclear energy, California again stands at a crossroads. 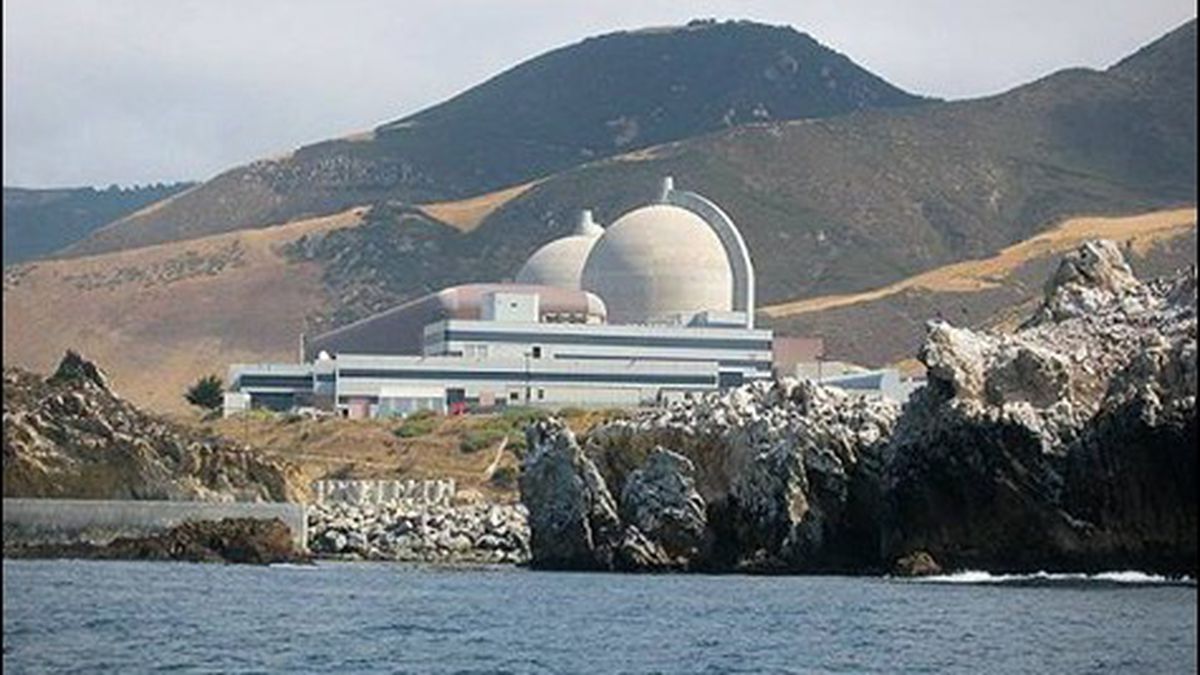 The Godzilla-sized disaster on Japan’s eastern shore could not have happened at a worse time for PG&E. When the utility filed for a twenty-year extension of its operating license for the Diablo Canyon nuclear plant in 2009, it already faced opposition from consumer advocates, environmentalists, and some state officials. Now, in the wake of the partial meltdown and massive radiation release at Japan’s stricken Fukushima Daiichi Nuclear Power Station, PG&E and the US nuclear industry are facing a resurgent activist movement against nuclear power. In fact, if history is any guide, the future of nuclear power in California appears to be in doubt.

One sign of this shift away from nuclear power arrived just days after the massive 9.0 quake and tsunami struck Japan. On March 16, a California Public Utilities Commission judge overseeing PG&E’s request to use ratepayer funds for Diablo Canyon’s relicensing notified the company and its opponents that hearings were being pulled off the calendar until further notice. Then on April 12, the same day the International Atomic Energy Agency upped its assessment of Fukushima to a “Level 7” incident (the highest possible), Pacific Gas & Electric Company announced a shift in its own position on relicensing.

The utility asked for a delay from the Nuclear Regulatory Commission, the federal body with final say over the matter. At least one report described the company as “bowing down” to demands it had recently spurned, because PG&E now concedes it needs to study seismic hazards near Diablo prior to seeking its license extension. Similarly, Southern California Edison, operator of the San Onofre nuclear plant north of San Diego, was widely expected to file paperwork related to its own license extension last month. But the papers never materialized. Japan’s earthquake has drastically shifted the political ground in California.

It’s quite a turnaround from just months ago when boosters were still trying to sell a national “nuclear renaissance,” after remarketing it as “green” energy. Buoyed by $36 billion in federal loan guarantees and support from the Obama administration, major utilities have been exploring new reactor plans. The relicensing of Diablo Canyon and San Onofre have been watched as a test to see whether more ambitious plans like new power plants could gain traction in California, the country’s largest energy market, particularly when the state is a national leader in attempts to reduce greenhouse-gas emissions.

Yet the “nuclear renaissance” has remained mostly rhetoric. Critics of nuclear energy point out that virtually nothing has changed except the industry’s public relations strategy. They noted that the multitude of environmental problems associated with nuclear technology, especially disposal of radioactive waste, have yet to be solved. Moreover, the critical dangers associated with building nuclear power plants in active earthquake zones are now more apparent than ever.

“Fukushima is re-awakening the movement that stopped nuclear power in California,” said Al Weinrub, a policy analyst who works with the Sierra Club and the Bay Area’s Local Clean Energy Alliance. “It will make relicensing of Diablo Canyon — without seismic studies — impossible, and relicensing of Diablo Canyon — even with seismic studies — highly improbable.”

Between 1977 and 1981, Diablo Canyon was the site of one of the largest instances of civil disobedience in US history. Tens of thousands of Californians repeatedly attempted to blockade the plant’s construction site and environmental lawyers attacked its licensing and permits. Although the effort ultimately proved unsuccessful, opponents of the plant persevered in their efforts to shutter the reactor.

Their campaign currently hinges on the plant’s complex relicensing process. Diablo’s twin reactors must be relicensed by 2024 and 2025, a federal requirement that, if approved, would allow PG&E to run them until 2044 and 2045. To win approval, PG&E needs only to convince the federal Nuclear Regulatory Commission, a government agency widely viewed as being more of a cheerleader for the nuclear industry than a regulator.

Nevertheless, the process is costly. To offset these expenses, the utility has sought approval from state regulators to use ratepayer funds. Critics say PG&E feared the likelihood that new information on the area’s earthquake hazards might emerge before NRC approval. This result could either scuttle approval or make it contingent on prohibitively expensive upgrades.

David Weisman of the Alliance for Nuclear Responsibility says he is confident his group can prevent relicensing simply because it makes economic sense. “Our organization isn’t antinuclear,” he explained. “We are consumer energy watchdogs. From a consumer standpoint, nuclear energy is expensive and unreliable.

“[PG&E] and the Public Utilities Commission passed on $4.4 billion in seismic upgrade cost overruns to ratepayers back in 1987,” Weisman continued. “Today they’re trying to again pass on the cost of relicensing to ratepayers” — at least $85 million.

Weisman noted that while PG&E was almost hyperactive in seeking PUC approval to offset these costs, the company was stalling on other state requirements to further study seismic hazards at the plant site. “They’ve already got ratepayer money to do this seismic work, but they’re just not following through.” Until Fukushima happened, watchdogs say the utility was intent on ignoring the more critical demands of the California Energy Commission and state legislators to fully understand seismic hazards — a charge PG&E denies.

Mothers for Peace, another tenacious opponent of PG&E, has been pointing to earthquake hazards as reason to close Diablo. “Since the NRC allowed PG&E to begin operations, despite the nearby Hosgri earthquake fault, in 1984, we have focused on forcing the NRC to do a better job of regulating the plant to lessen the dangers inherent in it,” explained Jane Swanson of Mother for Peace. “Since Diablo was designed in the 1960s and built and rebuilt to correct errors in the Seventies and early-Eighties, it was out of date when it opened and has now accumulated 27 years’ worth of radioactive waste, most of it crammed into overly dense spent fuel pools surrounded by earthquake faults.”

Sound dangerous? A vast majority of Americans seem to think so. A recent poll, conducted by Fox News, no less, showed that 83 percent of Americans, regardless of party affiliation, now think a nuclear crisis like Fukushima could happen here. Mothers for Peace predicts a “backlash against nuclear power,” and Weisman said his phone has already been ringing off the hook.

The history of nuclear power in California also shows that PG&E knows full well not to underestimate the tenacity of activists. In 1963, the utility unveiled an energy plan for California called the “Super System,” twelve nuclear plants to be built along the Golden State’s shoreline from San Diego to Oregon. The utility had just finished construction of its Humboldt Bay plant, the state’s first commercial reactor. PG&E’s second nuclear plant, planned for Bodega Bay, was to generate twice the electricity of Humboldt.

According to Thomas Wellock, historian for the Nuclear Regulatory Commission, “PG&E envisioned many multi-plant sites all situated on the California coast about thirty to fifty miles apart. California utilities, particularly PG&E, had very ambitious plans for nuclear development.” At the time, the national mood was ambivalent toward nuclear energy. Communities mostly deferred to officials and industry.

However, mass opposition to nukes emerged not long after word leaked to the Sierra Club that PG&E was planning to turn the Bodega Headlands into an “atomic park” with a 325-megawatt boiling water reactor. Bay Area environmentalists joined Sonoma County residents and slowly organized a popular base of resistance. PG&E executives ridiculed their opponents and boasted that the company might just as safely build a nuclear power plant under San Francisco’s Union Square. When the dust settled, however, nuclear energy had been dealt a decisive defeat.

According to Wellock, who also wrote a history of the state’s antinuclear movement, Critical Masses, grassroots political opposition was instrumental in stopping California from becoming a mirror image of Japan — which has 54 atomic plants. “The Bodega Bay defeat for PG&E was so important,” Wellock explained. “PG&E had terrible difficulty finding acceptable sites after that. They failed badly at a site in Mendocino [Point Arena] and started getting tentative, pulling out of sites after little effort.”

Still, as late as 1976, PG&E, Southern California Edison, and San Diego Gas and Electric together envisioned building at least 31 nuclear power plants by 1994. By this time, however, public sentiment in California had turned against nuclear energy. Even before the partial core meltdown at Three Mile Island in 1979, the state had already effectively banned new nuclear facilities by passing an amendment to the state public resources code stipulating that no new nuclear plants could be built until the federal government found a permanent repository for waste, a demand that has still never been met.

The same factors that once stopped a previous era’s nuclear boom may also prevent relicensing of Diablo Canyon and further consolidate California’s status as an antinuclear republic. “Energy policy in California was shaped by the concerted efforts of activists and their ability to change the California energy bureaucracy and pass legislation that reflected their values,” Wellock explained.

It’s too early to say whether further geological studies or widespread political opposition will scuttle relicensing for Diablo and San Onofre. The Nuclear Regulatory Commission has already signaled that it sees no reason to delay relicensing, even despite PG&E’s newfound hesitancy. In the meantime, Mothers for Peace has reconvened antinuclear rallies at Avila Beach near Diablo Canyon and a coalition of groups in the Bay Area has held several protests on the issue urging people to speak out at the Public Utilities Commission meetings in San Francisco.

Others, like Al Weinrub, believe that Japan’s nuclear crisis may advance an even more fundamental transformation: “Fukushima has made clear that the only safe power and the only sane power is local renewable energy. The answer to centralized power, whether nuclear plants on seismic faults, or Big Solar in the desert, or polluting gas-fired power plants in poor communities, is clean power located in or close to our communities, under local control.”

Previous ArticletUnE-yArDs Is Blowing Up

Next ArticleWednesday Must Read: Overstock.com to Pay $1.2 Million for Coliseum Naming Rights; Lockyer Says First Cuts Should Be in Republican Districts