.Cal Shakes Injects Its ‘Romeo and Juliet’ With a Rare Passion 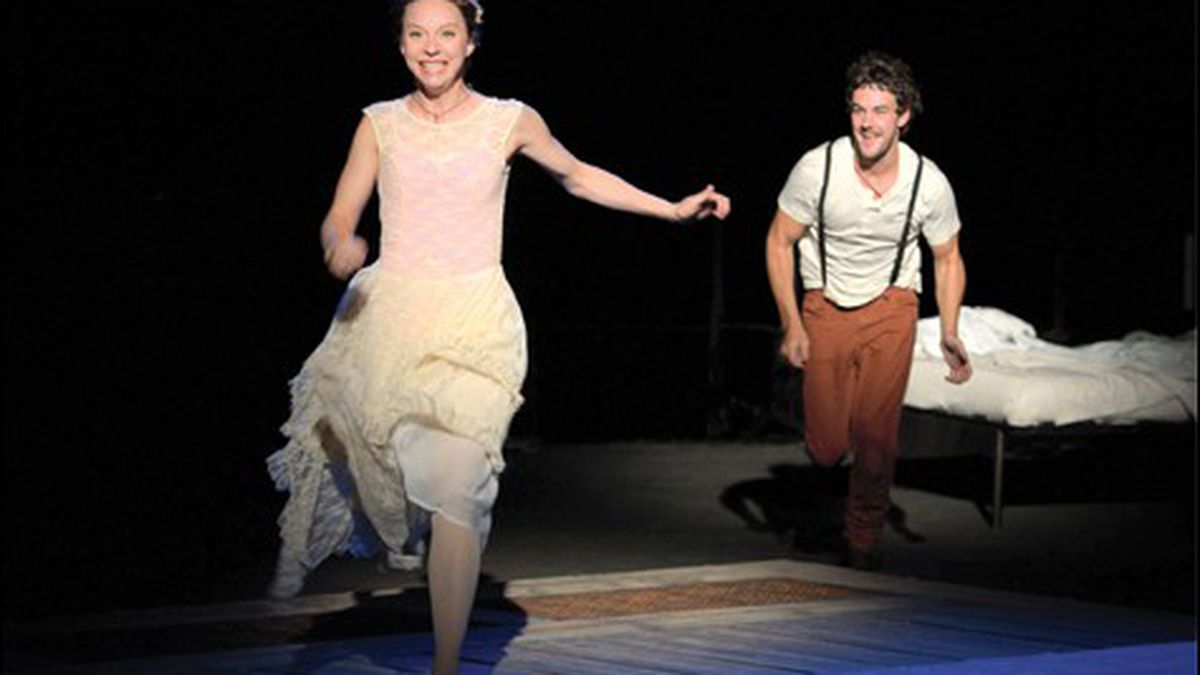 Romeo and Juliet is easily the most abused of Shakespeare’s works, and not just at the hands of high-school drama instructors. Professional companies, too, are prone to creating puerile, passionless recitations of the familiar verse. So many effete Romeos (“but soft!” — ugh) and dainty Juliets (with outstretched palm and a closed-mouth kiss) routinely mash the greatest love story of all time into grim, sentimental mush that, in the age of Twilight, would hardly send a tween heart aflutter.

What Romeo and Juliet needs is a really magnetic Romeo and a Juliet who, at the tender age of thirteen, is so roiling with desire that she literally stabs herself to death in order to achieve her forbidden union. Puritanical standards be damned: Without such an animated Juliet, the whole story makes no sense. Cal Shakes’ production, under the direction of Shana Cooper, delivers admirably in this regard, and the result is at times truly disarming.

The production is intelligently modern. The text remains more or less unchanged, but the actors, jiving to techno interludes and dressed in urbane attire including skinny pants, beanies, and horn-rimmed glasses, drop the alien Elizabethan delivery for one that is readily comprehensible for a contemporary audience. The stage is empty but for a few props, letting the Orinda hills stand backdrop. Slung spider webs and darting bats occasionally glitter through the spotlights.

It is also an extremely physical play, delightfully messy at times. The first act contains a number of dance sequences, and no sex allusion is left un-emphasized (there are way more than you might think, and the actors employ everything from masturbatory wrist gestures to outright groping to make them clear as day). Joseph J. Parks gives a particularly memorable performance as ribald loose cannon Mercutio. He chugs a beer before crashing a Capulet party, moons the audience extensively, and carries on in many an erotic embrace with friend Benvolio (played by a woman, Arwen Anderson) — not an affection with basis in the text, to my knowledge, but as good a means as any to build the atmosphere of one particularly hormonal teen summer in Verona.

Dan Clegg plays Romeo exactly right: as a red-blooded teenager. Sporting a slightly shaggy haircut, white t-shirt, and suspenders, he seems less 16th-century Italian nobility than present day Britpop icon. What he lacks in classical beauty he well makes up for in sex appeal and a goofy, boyish charm. Too many Romeos deliver Shakespeare’s marvelous verse like they came up with it themselves, which is ridiculous — no lovestruck kid was ever so articulate — and wind up rendering the character a glib aesthete in consequence. Clegg, on the other hand, dashes through his headier lines as if some external force is summoning the words from him. To this he yields, in proper teenage form, without a second’s hesitation.

Our Juliet is played by Rebekah Brockman, who only just finished wowing San Francisco audiences as Thomasina in Tom Stoppard’s Arcadia. Possessing a gymnast’s physique that renders her an almost unsettlingly convincing thirteen-year-old, the actress is a compact thunderbolt of love-bitten teen energy. None of that wilting “Romeo, Romeo” business; Brockman surges through her speech like a woman on a mission. Her truly shining moments, however, occur during the play’s suddenly very dark second act, in which her lover is banished for murder and she finds herself cornered by her family into an engagement to another man. She becomes downright bestial at times, grunting and flailing about the stage like a caged animal, before becoming mad with resolve to either rejoin her lover or die. In a soliloquy more alarming than it often comes off, the character contemplates awakening in her family tomb after her temporary poison wears off, and how such a gruesome circumstance could well drive her mad enough to “with some great kinsman’s bone, as with a club, dash out my desperate brains.” When Brockman says it, her wide eyes fixed on a distant point in space, her character momentarily ceases to be an impulsive girl and rises to the ranks of Hamlet, Lear, and all of Shakespeare’s greatest crazies.

After so many rote, childish productions, it’s easy to forget how extreme a play Romeo and Juliet is: extreme elation in Act 1 — Romeo and Juliet’s first kiss in this production sent a chill down my spine — and extreme despair in Act 2. It’s by no means the thorniest of Shakespeare’s plots, and its characters are far from the playwright’s most complex, but good productions such as this one are a reminder of how stirring and electric a story it can be.