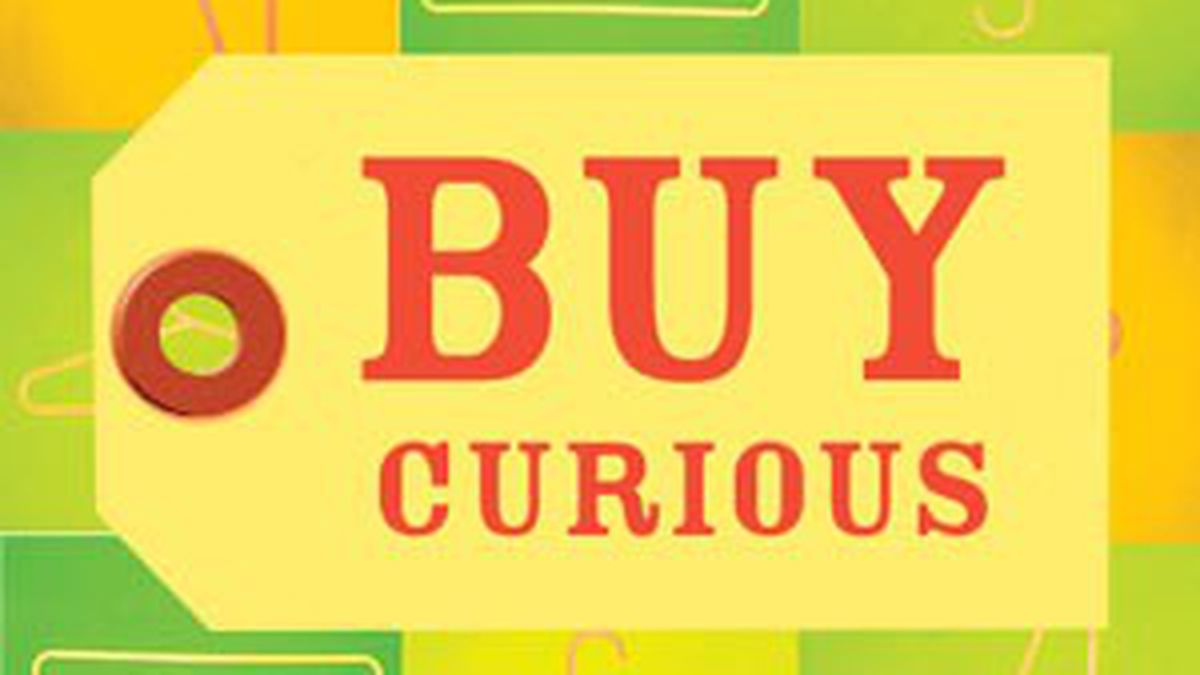 This week on Buy Curious, we’ve got the scoop on some hot sales, including the Oakland Museum’s White Elephant Sale preview extravaganza in Oakland, and a stellar sample sale event in SF. Plus, we shake down Bay Area fashion news coverage, revisit our “No on Camo” campaign, and evaluate a new way for shoppers to emulate their small-screen idols.

Bazaar Gone Berserk The White Elephant Sale, which bills itself as the “Bay Area’s biggest and best rummage sale,” is having its preview event Sunday. If you haven’t been to one of these before (in which case, where have you been?!) here are the basics. The annual sale, which benefits the Oakland Museum of California, attracts hundreds (thousands?) of deal-seekers from across the country who come for clothing, fabric, furniture, books, appliances, and bric-a-brac. The official sale happens the first weekend in March, so this preview is especially for those seeking a special find before the public has a go at it. Publicity chair Oona Johnson says the museum received a huge donation from the estate of longtime benefactor Grace Busche Dafoe, an avid traveler and collector. Johnson recommends arriving earlyï¿½your best bet is to take BART to the Fruitvale Station and catch the free shuttle designated for White Elephant shoppers. Admission is $15 at the door, $12.50 in advance. P.S. If you’re looking to get rid of stuff, volunteers accept tax-deductible donations year-round. Call (510) 839-5919 to schedule a pickup. When: Sunday, January 28, 11 a.m.-4 p.m.

Set Sale! ** One of the cutest boutiques in Walnut Creek, Hush, is currently offering 15 percent off all new merchandise until March 31. The Main St. store features trendy lines like Citizens of Humanity, Vince, and Twelfth Street by Cynthia Vincent.

**Feria Urbana, a twice-a-month showcase, features local fashion and jewelry designers and other crafts-folk who won’t take your entire paycheck.

San Francisco’s elite came out in droves for the opening night of the San Francisco Ballet, and, as usual, the Chronicle sent a writer to the front lines for a fashion report. “Glamour reigned at the gala,” society columnist Catherine Bigelow decreed. Maybe it’s just to please their old-guard advertiserï¿½er, readership baseï¿½but we didn’t see a whole lot in the twenty-photo spread that hinted at anything remotely glamorous, save for one black-and-white Oscar de la Renta gown. More like a bunch of gaudy satin dresses with trains as far as the eye could see. Zzzz…

Just Say “No” to Camo, Part Deux Last month, we declared that “camo will never be cute.” Now, we have even more reasons to despise the trend. Fashion Resistance to Militarism, a short doc produced by Oakland’s Women of Color Resource Center, explores how the militarization of American culture is behind some of the biggest (and in our opinion, most horrific) fashion trends, including aviator sunglasses, military boots, and of course, the dreaded camo print.

Gap’s a Goner? In light of Gap CEO Paul Pressler resignation this week and rumors of a sale, news outlets from KQED to the Chron have been pondering just what went wrong with the formerly beloved San Francisco retailer. One common speculation is that the Gap brand, in particular, tried to be too damn trendy. But we think the real problem is the shoddy mass-produced quality we’ve witnessed as of lateï¿½which means that Gap brand clothes are more likely to land in a wastebasket than at a thrift shop. Some of us remember Gap from its early days, when there wasn’t one in every town, and when their clothes were practical, sturdy, flattering and comfy. Our suggestions? Boost quality, shutter some stores to revive the cache of Gap yesteryear, and revamp Gap’s entire image. Forget ads chock full of celebrities and dizzying dancersï¿½a bunch of fresh, young designers is what Gap really needs.

The Modern Fashionista’s QVC? Watch, Click & Buy When word got out back in 1999 or so that the entire cast of Dawson’s Creek would be dressed in Abercrombie-wannabe American Eagle Outfitters garb, I feared for the show’s future. Turned out I had reason to be concerned: the show’s popularity soon tumbled and producers learned an important lesson: wardrobe diversity is key to viewer satisfaction! (Or maybe it was the fact that there was no one left for Michelle Williams’ character to sleep with.)

Since then, advertisers have concocted a new form of product placement: Don’t merely have a TV character wear designer clothesï¿½hawk what she’s wearing to viewers, as well! The Web sites for several shows now offer details of cast members’ wardrobes, with direct links to retailers where the clothes can be purchased. Let’s take Gilmore Girls, for instance, which one-half of Buy Curious admittedly watches week after week. If you do, too, then you may have noticed that since adding eighteen ounces to her formerly stick-thin frame in the past year or two, mama Lorelai’s been all about the wrap dresses. (FYI, the show is now in its seventh seasonï¿½yep, Rory was a wee 16 when all of this began, clad in a steady stream of turtlenecks and bulky Fair-Isle sweaters. Thank God her fashion sense has matured, too!) Now, we’re major DVF wrap dress fans (like this chick), but the idea of going to the Gilmore Girls website, paying $298 for this Diane Von Furstenberg classic from episode one and then pairing it with, say, the $595 Kooba purse flaunted in episodes four and five is damn weird. Top it off with the Laura Mercier eyeshadow Lauren Graham supposedly wears on every episode and ickï¿½it’s just plain creepy.

Copying Veronica Mars’ style is even more soï¿½as though our favorite girl detective would ever wear anything from Wet Seal…!

Every Friday, Buy Curious posts photos of the fashion fabulous of the East Bay, as well as news on store openings, closings, new items, and sales. We want to hear from you! Tips? Send them to us! ï¿½ Lauren Gard and Kathleen Richards