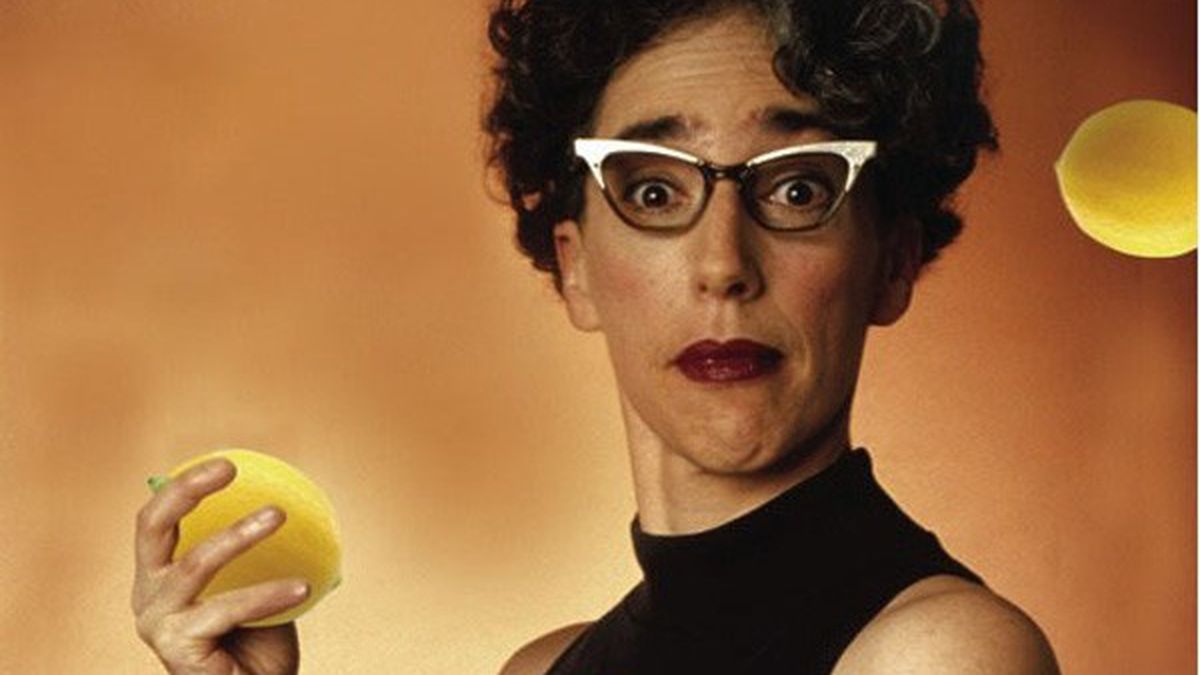 But Now I See

When you look at Sara Felder‘s new one-woman show — about an almost-blind mother and her lesbian daughter reconciling their views on the Israel-Palestine conflict — it seems like the platonic intersection of Berkeley’s favorite obsessions. And that’s not to mention that it involves shadow puppets. It’s hard to imagine Felder injecting levity into such sordid themes.

And yet, Out of Sight is a comedy. Felder, who came up as a juggler and dancing gorilla in the Pickle Family Circus, insists that humor is the best way to handle potentially divisive subjects. “Old clowns don’t die,” she said, interviewed three days into her current run at the Marsh Theater in Berkeley. No surprise, then, that the main character of her story, also named Sara, is a juggler on the brink of a magical coming-of-age.

Yes, it’s autobiographical. Well, sort of. Felder considers it a true story that’s been given a ton of latitude. She’s fond of quoting the Tom Wolfe line about how only fiction can tell the truth. Much like the Sara of Out of Sight, the real Sara Felder grew up with a sight-impaired mother who said she’d been blinded as a child by gazing at a solar eclipse head-on. “That story haunted me my whole life,” Felder said. “I was always wondering how I would use it.” It turned out that blindness is a serviceable metaphor. It can be interpreted as myopia, but it can also represent an inviolable point of view. Felder’s mother, who grew up in this country during the 1940s, insisted that the Holocaust was the deciding event of her life, even though she’s not a survivor per se. That made her incredibly sympathetic to Israel and to the idea of a Jewish state, Felder said.

But Felder grew up during a different era, and came of age in an environment where discussions of Middle East politics seemed a little less cut-and-dried. She did Israeli folk dancing as a kid, majored in history at UC Berkeley, studied abroad for a year in Israel and — if the narrative of Out of Sight is to be trusted — ultimately fell for a lefty who scorned the Israeli occupation. In large part, the play is about navigating between her mother’s and lover’s viewpoints, both of which are compounded by that of another character, Norman, who represents the extreme Zionist end of the spectrum. Felder deals with all these complexities in the obvious way — by throwing objects. Namely, knives. Which are sharp, and which create tension. Also, at one point she has a particularly violent “making of lemonade” — apparently a reference to her mother’s favorite credo about what to do when life gives you lemons.

And yet, the play is also sensual. There’s a “contact juggling” routine that requires Felder to roll a ball all over her body to represent a lesbian love scene. There’s a prayer uttered with scarves flying in the background. There are artfully inserted Joni Mitchell quotes. And there are shadow puppets to represents sight-impairment — i.e., “shadows telling the stories of shadows.” Which is very meta. Out of Sight premiered in Philadelphia in 2006, but it’s been endlessly revised since then. Its latest iteration graces The Marsh Berkeley (2120 Allston Way, Berkeley) through May 8. $20-$50. TheMarsh.org

More of the Same from OPD?