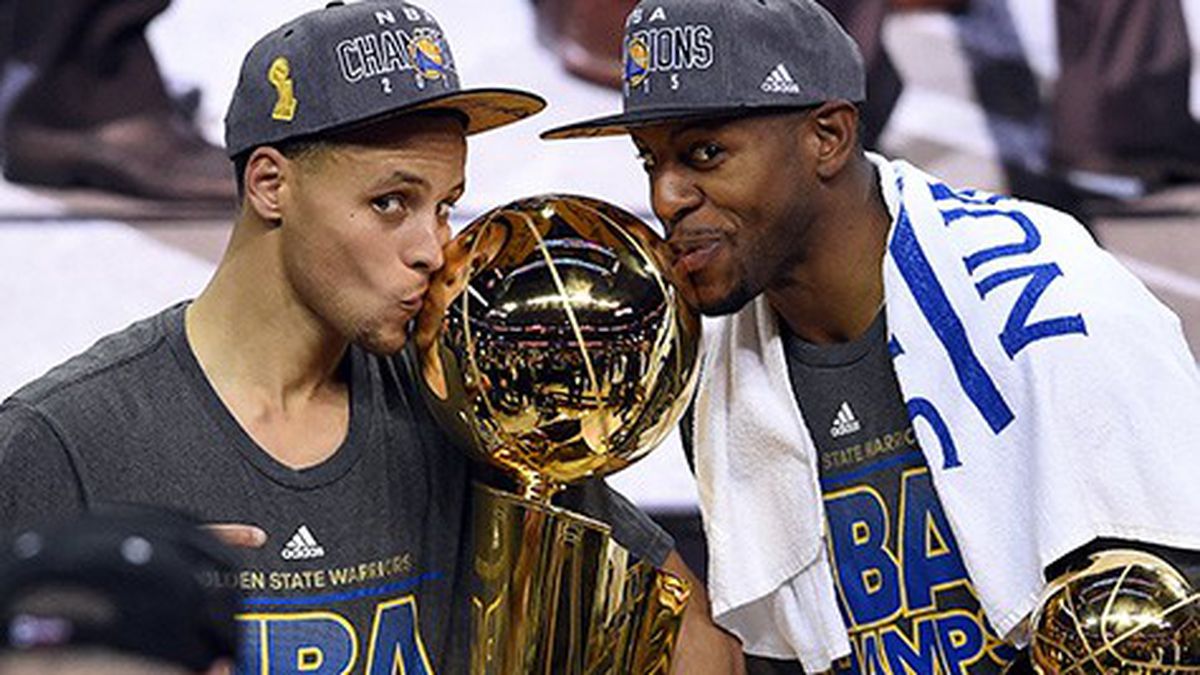 Five moves that steered the Warriors to the title — and a look to the future.

It was about as far as it gets from last week’s loud, proud, and devoutly Oakland NBA World Championship parade, with its sky full of confetti and cannabis smoke, MC Hammer and Mayor Libby Schaaf riding a fire-breathing “snail car,” and Draymond Green pouring champagne on some of the fans along the route.

The bottom came in Portland circa 1998, with the Golden State Warriors staying in Pacific Northwest after a game, not for a team retreat but because they needed to attend proceedings concerning the choking of a Warriors head coach (P.J. Carlesimo) by a star Warriors player (Latrell Sprewell).

After Sprewell’s 67-game suspension, the Dubs finished the 1998 season with just 19 wins. During the next four years, they didn’t win more than 21. The bad times came after the first year of free agency stole their two best players, now-laughable trades robbed their dignity, and horrendous drafts took whole seasons. When a draft did succeed, Rookie of the Year Chris Webber demanded a trade. The team won one playoff series in a generation.

“You had to wonder when the Warriors were going to be good again,” said Warriors radio voice Tim Roy.

The long years in exile helped explain why Bob Myers, the 2015 NBA Executive of the Year who carries his first Warriors game ticket in his wallet ($7 upper bowl seat in 1982), wasn’t ready to believe that the Dubs would triumph after 67 regular season wins and home court advantage, after they became the second team to lead the league in offense and defense, or after they marched through the fierce Western Conference.

“I can’t believe it still,” he told KNBR’s Tom Tolbert. “Growing up as a Warriors fan, it didn’t seem possible. Even making the playoffs seemed insurmountable for a while.”

So how did the Warriors get there? Five breakthroughs. The first happened when the Joe Lacob-Peter Guber ownership group acquired the team for $480 million in 2010, and Lacob started saying things like, “There’s more than one way to do things.”

The second breakthrough came with the hiring of Myers. His background as a former UCLA player and high-powered agent helped hone his shrewd eye for talent and his understanding of player chemistry and character — skills revealed through complicated trades for studs like Finals MVP Andre Iguodala and the signings of key role players, including Leandro Barbosa, Marreese Speights, and Shaun Livingston. At one point, a stunning 63 percent of the Warriors’ playoff minutes came from players they drafted, more than double that of two playoff teams they beat: the Houston Rockets and Memphis Grizzlies.

The third breakthrough — the trade of leading scorer and fan favorite Monte Ellis for an injured Andrew Bogut — transformed Lacob’s introduction to Ws fans into a hailstorm of boos. But it eventually provided championship-caliber outcomes: With Bogut, the Warriors could play world-class D, and without Ellis, Stephen Curry, the best shooter in the world, had room to grow into an NBA MVP.

The 2012 draft came next. Number seven overall Harrison Barnes contributed from the get-go, starting as a rookie and returning to the starting lineup in year three. Number thirty pick Festus Ezeli came on to contribute big minutes in this year’s playoffs, none bigger than in the fourth quarter of Game 6 to close out the Cavs. That year’s number 35 pick, Draymond Green, seized the opportunity created by a David Lee preseason injury to become the most feared 6-feet-7-inch “big” man in the league this year and Golden State’s vocal leader. His triple double in Game 6 completed one of the most wildly improved seasons by any player in recent memory.

Signing head coach Steve Kerr completed the evolution. He had humility to hire and delegate to offensive and defensive aces Alvin Gentry and Ron Adams, and to act on a suggestion from low-rung assistant Nick U’Ren, who proposed starting Iguodala instead of Bogut in the move that broke Cleveland. Kerr’s savvy humor and his appreciation of maintaining a sports-life balance create an admirable energy in the locker room. He says — and does — the right things: After the Warriors went down 2-1 to Memphis and Bay Area News Group columnist Marcus Thompson acknowledged “circling vultures,” Kerr said: “Things have fallen into place over and over again. It’s not always going to work that way. When you get outplayed by a good team, you’re gonna lose at home or on the road, and you move on.” Then he switched Bogut to guard Tony Allen of the Grizzlies and the Ws won three straight.

The ultimate result: The Warriors improved more than any 51-win team ever. Now Kerr, last heard telling Tolbert, “I want to continue the upward trend the team has already been on,” is backpedaling.

Barnes and Ezeli, just 23 and 25 years old, are signed through 2016 and restricted free agents thereafter, meaning the Warriors can match offers, and Myers anticipates discussing extensions soon. Curry and Iguodala (27 and 31) are signed through 2017, Klay Thompson (25) through 2019. Flashes of brilliance from young players Justin Holliday (26) and James Michael McAdoo (22) suggest they can become steady contributors. There should be added financial flexibility soon. The most expensive players for this season — David Lee ($15 million) and Bogut ($12.9 million) — have younger, more athletic, and rapidly improving players at their position.

“When you’ve had success, you want to keep it together as much as possible,” Myers said. That includes retaining Green, whom Myers was already wooing from the parade stage.

Green told Tolbert he couldn’t envision himself with another team — and added other season-closing thoughts.

“We’re a very young squad with a lot of room to grow,” he said. “Our execution can get a lot better. We’ll continue to learn each other more. Our front office will continue to do a great job.”

He took a brief pause. “The road ahead is bright,” he said. “And I’m definitely looking forward to it.”