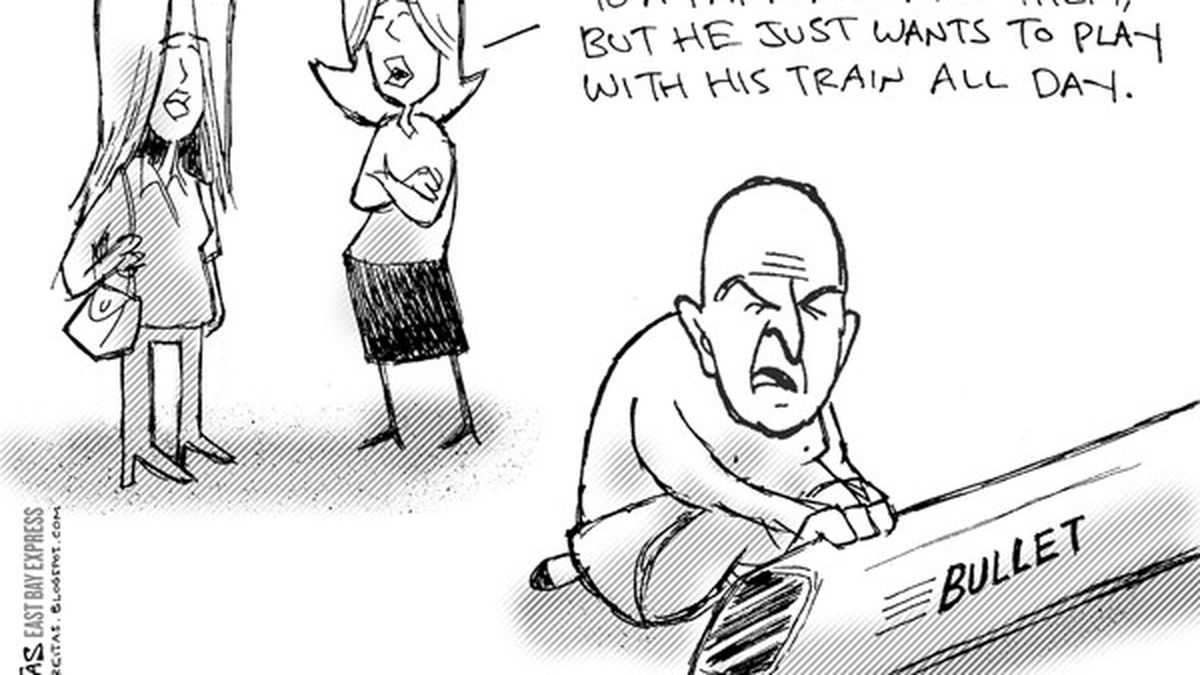 The governor just doesn't seem to care about them. Plus, the failure of the Quan recall campaigns proves that they were a waste of time.

When Jerry Brown was mayor of Oakland, his limited attention span was on full display. He focused intensely on his 10K plan, his two charter schools, and crime in Oakland, but ignored numerous other problems. His second go-round as governor has been no different. Some issues receive his full attention, including his tax measure and the California bullet train. But others get the short shrift. One of the prime examples has been California’s once-proud state park system.

In his first year in office, Brown proposed closing seventy state parks in what was purported to be a budget-cutting move. But close observers quickly noted that the parks-closure plan would only save the state about $22 million — a paltry sum when considering that California’s general fund budget is more than $90 billion. Moreover, Brown was facing a $15.7 billion budget shortfall last year, which meant that his plan to close parks would have solved just 0.14 percent of the problem.

The seventy parks got a reprieve for one year, but then were facing closure again in 2012, even though the governor’s plan still would have done little to address the state’s budget woes. Last week, most of the parks were spared again after nonprofit groups stepped up to keep them open and the state legislature restored some funding. But environmentalists agree that this year’s reprieve is unsustainable, particularly when considering that the state park system has a maintenance backlog that exceeds $1 billion.

So why has Brown tried to close state parks? Some observers believe it’s all about drumming up support for his tax measure on the November 2012 ballot. After all, parks have bipartisan appeal — both Democrats and Republicans enjoy visiting them. And so the governor may hope that voters of all stripes will cast ballots for higher taxes in order to keep parks open.

But as millions of Californians embark on trips to state parks this summer, there’s evidence that Brown is simply not that interested in them. Last week, he vetoed $31 million in spending on parks that the legislature had passed. And he has exerted considerable effort pushing for an unpopular, $60 billion bullet train, while devising no plans for sustaining the beloved state park system — a system that protects and enhances the environment and is integral to the state’s tourist trade. “The sad thing, in my view, is that we’ve heard nothing from the governor,” said Kathryn Phillips, director of Sierra Club California. “He’s done nothing to facilitate keeping these parks open.”

As mayor of Oakland, Brown showed disinterest in aspects of city government by failing to make permanent appointments to key leadership positions. Likewise, as governor, he has refused to replace state parks Director Ruth Coleman, even though more than 90 percent of park managers said in a poll late last year that they had lost confidence in her. “Director Coleman is an honorable person, but she has been largely absent in making sense of the new economic realities,” state park managers wrote in a letter to Brown. Nonetheless, Brown kept Coleman in the job, although he didn’t officially reappoint her to the post. In other words, our state parks are being run by someone who not only doesn’t have the full support of the governor, but has no credibility with the people who work for her.

California’s state parks are a mess. Which is surprising, considering that so many people care deeply about them. “The biggest issue we’ve heard from the public — the most calls, emails, questions, and concerns on an environmental issue in the ten years I’ve worked here — is not high-speed rail. It’s not global warming. It’s people concerned about the closing of state parks,” Jim Metropulos of Sierra Club California told the San Jose Mercury News.

Some environmentalists are also concerned that the public outcry over parks will wane because most of the parks slated for closure got another reprieve. Although nonprofit groups have only agreed to keep the parks open for one year, there’s concern that both the public and state government may begin to view funding for parks much like they do funding for arts and music in public schools: Taxpayers used to pay for them, but now expect nonprofits, like PTAs, to do so. “I really hope that the state government doesn’t think it’s off the hook just because nonprofits stepped up this year,” said Amy Trainer, executive director of The Environmental Action Committee of West Marin, which has worked to keep open Tomales Bay State Park and Samuel P. Taylor State Park, both of which were slated for closure by the governor. “It’s not sustainable,” she said of relying on nonprofits. “State parks are part of the public trust.”

The third of three efforts to recall Oakland Mayor Jean Quan unraveled last week, officially ending the campaign to remove her from office. The third effort, like the other two, failed to gather the requisite signatures to force a recall election. Leaders of the third group blamed Governor Brown’s tax measure campaign, saying it hired all of the available signature-gatherers and was paying them a much higher rate than the recall campaign could afford. In reality, however, the recalls failed because Quan does not deserve to be removed from office.

There’s no doubt that Quan made mistakes with her so-called 100 Blocks crime plan and mishandled Occupy Oakland, but she also has delivered two balanced budgets without serious cuts to city services; her administration finally got the police union to pay into its pension plan; and she hired a no-nonsense city administrator, Deanna Santana, who has already made strides in cleaning up City Hall.

In short, Quan has a mixed record. And voters typically don’t recall politicians even if they truly deserve it. Just ask the Wisconsin Democrats who unsuccessfully attempted to recall Republican Governor Scott Walker last month after he moved to strip public employees of their collective bargaining rights. Walker’s actions were worthy of a recall, but the attempt to oust him still came up short.

As such, Quan’s critics should learn some lessons from the recall failures. Recalls should be reserved for serious cases of misconduct or incompetence. And now that it’s clear that Quan is going to serve out the rest of her term, the mayor’s critics, if they really care about Oakland, should start looking for positive ways to help the city — and put an end to the divisiveness. It’s just not warranted.