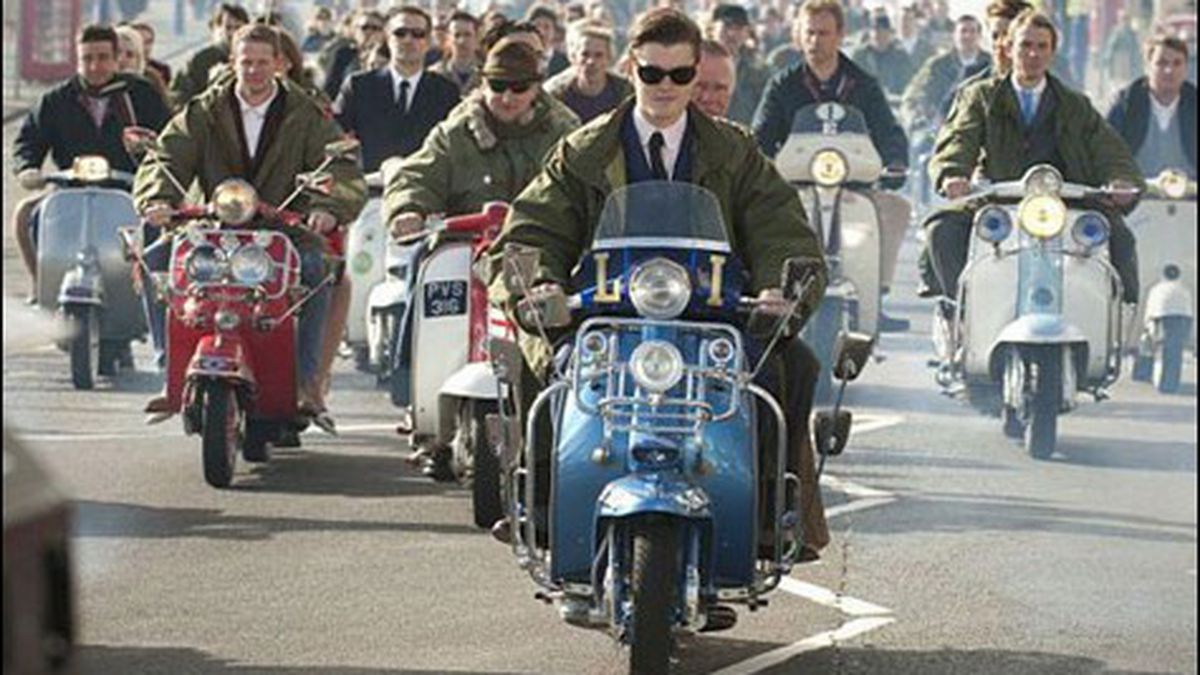 Rowan Joffe’s Brighton Rock is a 2010 remake of a 1947 movie based on 1938 novel — reset into a 1964 time frame. All that time traveling doesn’t concern us, and we needn’t talk much about Graham Greene’s original book or John Boulting’s first film version (starring the young Richard Attenborough), other than to say that Joffe’s update isn’t intrusive. The story still has the same basic seedy flavor, and contains the same dramatic frustrations.

Callow, cold-eyed Pinkie Brown (played by Sam Riley, memorable for his impersonation of Joy Division’s Ian Curtis in Control) is a low-level mobster in the protection rackets in the English seaside resort town of Brighton. He wants to move up. And so when he and his gang murder a rival hood with their switchblades under the grand pier and the chips begin to fall, the newly knife-scarred Pinkie spies his opportunity for advancement.

His career path is blocked, however. An innocent young local waitress named Rose Wilson (Andrea Riseborough), by sheer chance, gets her photo snapped by a roving commercial photographer just as she, one of the gang, and the stabbing victim are momentarily posed together on the pier — incriminating evidence. That photo must be destroyed. Pinkie is assigned to coax, or force, the photo claim ticket from Rose, and the sad tale proceeds from their happenstance relationship. Pinkie and Rose fall in love. Or so it seems.

So it isn’t much of a gangster yarn, despite the knife fights and the presence of Pinkie’s associates Spicer (Phil Davis) and Dallow (hulking Nonso Anozie) and their rival racketeer, the posh Mr. Colleoni (Andy Serkis). What it is is the depressing story of two young people who might at one time have been able to connect, but now, by the time they meet, have had the spark burned out of them, leaving a pair of charred, tattered puppets.

In his screenplay, writer-director Joffe (son of filmmaker Roland Joffe) soft-pedals the Roman Catholic guilt that envelops Rose and Pinkie. They’ve got enough troubles without Jesus and the Virgin Mary intruding on them. Luckily for them — and us — they’re being watched over by Rose’s boss, Ida (the always radiant Helen Mirren), who knows everyone in town. But even the vivacious Ida isn’t enough to save the poor kids from their separate fates. Pinkie literally buys Rose from her disgusting father (Steve Evets) — there are hints of incest. Rough sex in a filthy room, that’s Rose and Pinkie’s wedding night. He’s a murderer, she’s more than a little unhinged. They make a lovely doomed couple.

So why did Joffe overlay the Mods-versus-Rockers riots of 1964 on such a gloomy tale? Perhaps to give it some more visual sizzle, as if any were needed. John Mathieson’s cinematography, with its oily black sea, is scrumptious enough already. Scabrous Pinkie has no room inside him for Plain-Jane Rose, only “flames, damnation, and torment.” Their menacing courtship is dry and unforgiving. The air between them seems filled with dirty cotton balls. Watching them disappear down the drain is tough to do, but we’re relieved when they’re gone.

Glee’s Got Nothing on “Bollywood Berkeley 2011”