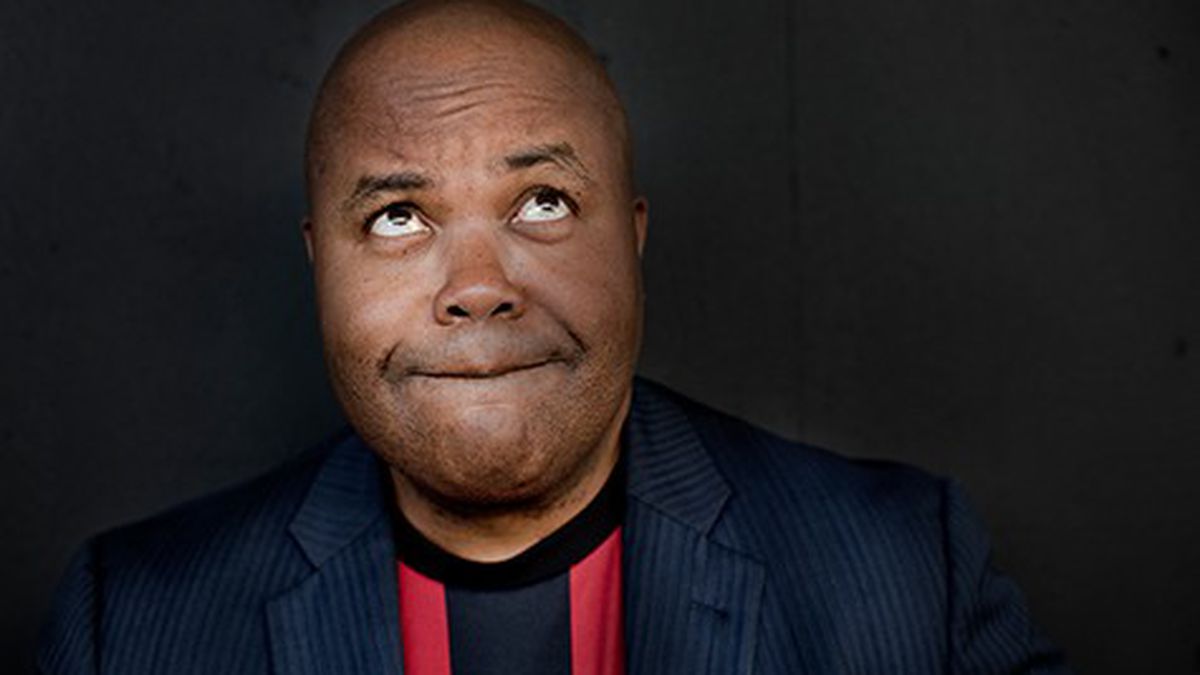 Bridging Cultural Gaps With a Snap

Snap Judgement, the wildly popular NPR radio show based in downtown Oakland, will be bringing its live show to the Paramount Theatre.

Glynn Washington thinks America is suffering from an empathy gap. “We can’t imagine anymore what it’s like to be someone else,” said the host and executive producer of the popular NPR radio show Snap Judgment. “And unless we’re able to do that, unless we’re able to understand someone else’s story, I think we’re lost.” On Saturday, February 27, at the Paramount Theatre in Oakland (2025 Broadway), Washington and his crew of storytellers plan to bridge that empathy gap with a live audience. “We’re trying to give you shards of someone else’s experiences, someone else’s life, so you can live that experience vicariously.”

On stage, Washington is a bright ball of MC energy. He shuffles out to the beat of the live band (the same band that creates the soundtrack for each episode of the radio show). He cracks jokes when introducing the storytellers. When we met in Snap‘s downtown Oakland studio, he was more serious and subdued. But he still had that voice — authoritative yet as soothing as a hot toddy — that, on the radio, makes you feel like he’s speaking directly to you. Dressed in all black, rather than the colorful untucked shirt and blazer combo that he tends to favor on stage, Washington pulled up a stool and told me why he thinks the work they’re doing is so important today.

“Our specialty is both the heart and the mind,” said Washington. “[The country is] talking in this overheated political rhetoric, where people don’t understand each other, where we’re going to deport a bunch of people, and we’re going to keep people out of the country. … I think that it’s our role to say, ‘No, this is who these people that we’re putting these crazy labels on really are. These are their real stories, and here’s how they resonate universally with everyone’s experience.'”

For the last six years, Washington and his fellow Snap Judgment staffers have been working hard to help, as their original business plan stated, “America to speak to America,” by presenting personal stories from a wide range of voices. Previous episodes have featured an illegal immigrant who worked as a DEA informant for more than twenty years, an army veteran who returned to Vietnam to meet the family of the man he killed and help them find his remains, and a live story by Tariq “Black Thought” Trotter from The Roots about playing onstage with Bruce Springsteen in Denmark and then being detained at JFK airport on the way home.

Judging by the show’s ratings, the nation’s ears have perked up. Snap is broadcast on more than 350 stations nationwide (including all top ten public radio markets), the podcast is downloaded more than 2.5 million times each month, and every Snap LIVE show has sold out. While Snap‘s radio audience mirrors NPR listenership in general — older and white — its podcast audience skews 60 percent female, and around 40 percent minority. The average Snap podcast listener is also much younger, with the show most popular with listeners between the ages of 27 and 46.

Part of Snap‘s appeal is that while the stories might be extraordinary, the people telling them aren’t professional storytellers. “Most of the people who we talk to would never get anywhere near anybody’s microphone or television camera,” Washington said. In that way, he likens the work of Snap producers to cultural anthropologists, bringing their listeners tales from communities that they might not have heard from before. And even when they broadcast an episode that could be considered risqué, “because it’s about a transgendered person’s job in the sex industry in San Francisco, or something like that,” they don’t receive angry phone calls after the show airs in “West Texas or deep Mississippi,” said Washington. “When the person just tells their story, the argument just goes out of listeners,” he said.

Given this commitment to exploring a diverse spectrum of experiences, it’s no coincidence that the Snap Judgment offices are in downtown Oakland. “Good stories happen when you live on these edges of race, class, culture, gender. There are 120 languages being spoken within blocks of where we’re talking,” said Washington. “Whenever you have that type of thing going on — that clash of cultures — you’re going to have great food and great stories.”

The lineup for the upcoming live show proves just what sort of voices bubble up along those fissures. The night’s local roster includes James Judd, a comedic monologist who has been likened to an overcaffeinated David Sedaris; Jamie DeWolf, whose storytelling ancestry can be traced back to his great grandfather, L. Ron Hubbard; and comedian Dhaya Lakshminarayanan, a former venture capitalist who once taught charm school at her alma mater, MIT.

Although the live shows require performers who feel comfortable in front of audiences of 3,000 or more, at their core, they’re the same as the radio show, said Washington. “We reveal aspects of ourselves that don’t necessarily paint us in a heroic light, and audiences respond to seeing something of themselves in our stories,” he said. “It’s raw, real, and intimate. Just like real life.”