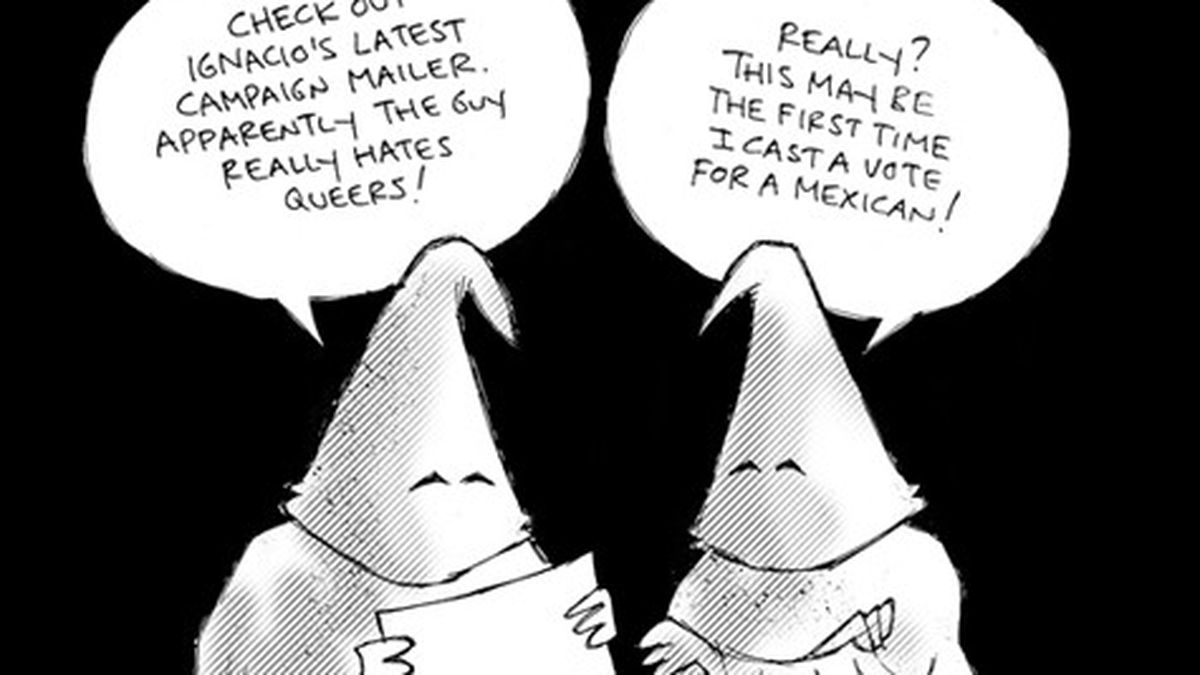 The year of the nasty, illegal, and dishonest campaigns. See which one won our 2012 Golden Turkey award.

The year 2012 was by no means a high watermark for our political system. Nationwide, we saw the unfortunate, rapid rise of so-called Dark Money groups and Super PACs, which poured billions of dollars into political contests, trying to corrupt the process. In the presidential campaign, the Romney-Ryan ticket rewrote the political playbook, deciding that telling the truth was no longer a virtue and that candidates need not worry about being caught in lies. Statewide, wealthy individuals and special interests groups spent obscene amounts of cash on a handful of ballot measures. And locally, East Bay residents were forced to endure one of the most negative campaign seasons in recent memory.

As a result, we thought it would be appropriate to hand out our first Golden Turkey award to the worst campaign of 2012 in the East Bay. The baddest of the bad were judged not only on whether they were dishonest or had violated the law, but also on how nasty they were to their opponents and whether they just flat-out tried to buy the election. We came up with eight finalists, and then we paired them in brackets before deciding the winner:

Ignacio De La Fuente versus Eric Swalwell. The Oakland councilman ran a strikingly ugly and hypocritical campaign against incumbent Rebecca Kaplan for the council’s At-Large seat. On the campaign trail and in a flurry of mailers, De La Fuente grossly distorted Kaplan’s record and tried to blame her for the city’s recent crime spike, without acknowledging that he was the driving force behind the 2010 police layoffs (which she opposed) and had torpedoed a plan that she backed last year to rehire all the cops who had been laid off and were still looking for jobs. De La Fuente’s negative campaign then slid into homophobia when he decided to make fun of the way Kaplan, the city’s first openly gay elected official, dresses.

Swalwell’s campaign was tame in comparison. In fact, his competitor, Congressman Pete Stark probably ran a more negative campaign overall. But Swalwell slipped into our elite eight with his faux outrage when Stark pointed out that the Dublin city councilman had engaged in unethical behavior. In truth, Swalwell’s mediocre political career had been marred by pay-to-play politics. Nonetheless, he was no match for De La Fuente.

Jane Brunner versus the American Beverage Association. Oakland Councilwoman Brunner gave De La Fuente a run for his money for pure nastiness. We didn’t see a single piece of positive campaign literature from her race for city attorney; instead, she chose to relentlessly attack City Attorney Barbara Parker — badly distorting Parker’s record in office and accusing Parker of partaking in the same type of pay-to-play politics that Brunner engaged in for much of her career. Then when Parker finally struck back at Brunner in an attempt to correct the record, Brunner freaked out and made a ridiculous threat that she was going to sue. It was both laughable and pathetic.

The American Beverage Association, an industry trade group that includes Coca Cola, PepsiCo, and Dr. Pepper, jumped into our elite eight when it tried to buy the election in Richmond. The association spent at least $2.5 million fighting Measure N, the so-called Soda Tax, which sought to raise money for anti-obesity programs. It was the most money spent by any group in the East Bay this year, and it crossed the line into the absurd, considering the fact that the Soda Tax would likely have raised less revenue than the beverage association spent trying to defeat it. Still, for our money, Brunner wins this matchup.

The Oakland Police Officers’ Association versus Chevron Corporation. The police union added to its already notorious reputation this year with a nasty and dishonest campaign that violated election laws. The union produced hit-pieces that targeted Kaplan and Parker, and then failed for weeks to disclose how much money it spent as required by law. The attacks ads also included false and misleading statements, especially the one against Parker. For example, the anti-Parker ad asserted that the Oakland City Attorney’s Office had spent $10 million on outside attorney costs in 2011-12, when, in fact, it had spent $3.86 million.

Chevron, meanwhile, tried to pack the Richmond City Council, spending more than $1 million in support of three candidates who are friendly to the oil giant. For years, Chevron effectively controlled Richmond City Hall until voters approved a slate of progressives in 2010 that took a hardline stance against the oil company and its huge refinery. Chevron, obviously, didn’t like what had happened and so tried to regain its grip on Richmond with cold hard cash. In the final analysis, however, the Oakland police union was worse.

East Bay Zoological Society versus Berkeley NIMBYs. In terms of pure law-breaking, the private operators of the Oakland Zoo were unrivaled in this election. They openly campaigned on city property, which is illegal, and they set up their campaign headquarters on city land, which is unlawful, too. There was even evidence that they paid for their campaign in part with taxpayer funds, which is also illegal. Plus, the Zoological Society spent nearly $1 million in an attempt to extract more money from taxpayers, while complaining that it was too poor to feed its animals and pay for its kids’ programs. In truth, the society’s own tax records showed that it had averaged nearly $3 million in surpluses from 2008 through 2010.

The Berkeley NIMBYs made our group of finalists with their repeated false and misleading statements about Measure T, a ballot initiative that sought to allow dense developments on six underused sites in West Berkeley. The NIMBYs based their entire campaign on the false premise that voting “no” on Measure T would “save Aquatic Park.” In truth, the Berkeley City Council had specifically exempted sites next to Aquatic Park from development under Measure T. But as egregious as the NIMBYs’ campaign was, it couldn’t compare to the East Bay Zoological Society.

De La Fuente versus the Zoological Society. This was a close race until De La Fuente’s campaign descended into bigotry. He gets the nod.

Brunner versus the Oakland police union. This one was close, too, until the union finally decided to comply with the law and disclose how much it spent on its hit-piece mailers. Give it to Brunner.

De La Fuente versus Brunner. This one was razor-close. The common denominator was that both campaigns were managed by Oakland political operative Larry Tramutola, who has earned a reputation over the years for being the local Zen master of negative politics. Still, we have to give it to De La Fuente. As bad as Brunner was, she didn’t turn to bigotry.

Prof Seeks Lives on the Fringes

The Dark Side of BRT