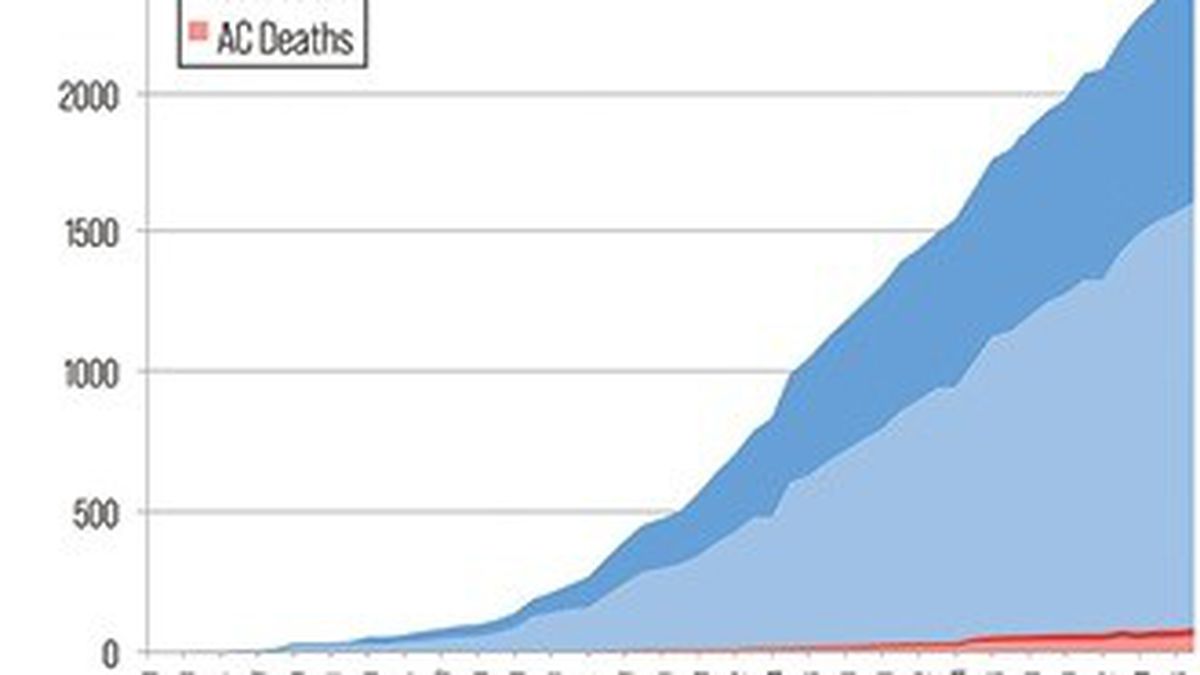 Bracing for the Budget

The forecast for Alameda County’s short-term fiscal health will come into focus this week and it could be sobering news for those who depend greatly on the county’s safety net services. County supervisors will learn at a budget workshop session on Thursday the extent of the damage caused by COVID-19 on the local economy.

Muranishi said the impact of COVID-19 on the county is already “both visible and significant.” Earlier this month, Muranishi told the Board of Supervisors that “we probably have more than a recession.”

Sales tax revenues are down significantly, property tax receipts are less than a year ago, and the damage could affect the county’s sterling credit rating, a financial mechanism that allows the county to save money with low interest bond rates, Muranishi said.

Exactly how large the next fiscal year budget shortfall will be is unknown and county leaders are typically mum about revealing the figure prior to its budget workshops. However, a bit ominously, last year’s budget shortfall was just over $60 million in the middle of a robust local economy. During the height of the Great Recession more than a decade ago, it topped $177 million.

Without specific information, unincorporated residents were growing worried about where the rising number of total cases were emanating. Was there an outbreak in one part of region not readily noticed? Was a small scale outbreak earlier this month at a nursing home in Castro Valley boosting the numbers?

Then, last week, Alameda County health officials acquiesced to the concerns and began providing a daily breakdown of COVID-19 cases in the unincorporated areas.

The numbers show more than half of the current cases coming from what the county describes as the “Eden Area,” the unincorporated hamlets of San Lorenzo, Cherryland, Ashland, and Hayward Acres. The area comprises some of the lowest-income locations in Alameda County, in addition, to higher rates of uninsured residents, both of which are general indicators for a potential uptick in COVID-19 cases.

The cluster of area codes that include the Eden Area, Castro Valley, and Hayward (area codes marked in dark red above) have the highest rates of COVID-19 cases in the county. East Oakland is another area struggling with disproportionate numbers of COVID-19.

The staging area that leads to the popular Mission Peak Regional Preserve in Fremont will stay closed through May 4 while East Bay Regional Park District workers clean up garbage and a bathroom left ransacked by residents escaping home confinement due to COVID-19.

Robert Doyle, general manager for the East Bay Regional Park District, made the determination on Tuesday afternoon to close the park to pedestrian and vehicle traffic for another two weeks. The move was supported by the Board of Directors. The Mission Peak entrance on Stanford Avenue was temporarily closed by the district on April 18.

The move by the district came in defiance of a request by the city of Fremont on April 9 to keep the park entrance closed indefinitely after city officials observed packed crowds at the park. Alameda County public health officials determined the crowds did not constitute a public health concern.

In a further sign that the economic impacts of the pandemic are reaching across all industries, Google’s parent company has reportedly halted talks to buy or lease millions of square feet of Bay Area real estate, according to The Information.

The space that the tech giant was trying to amass includes the more than 1.5-million-square-foot Pier 70 project. The lease would have been the largest in San Francisco history.

Alameda’s Boichik Bagels is a Game-Changer