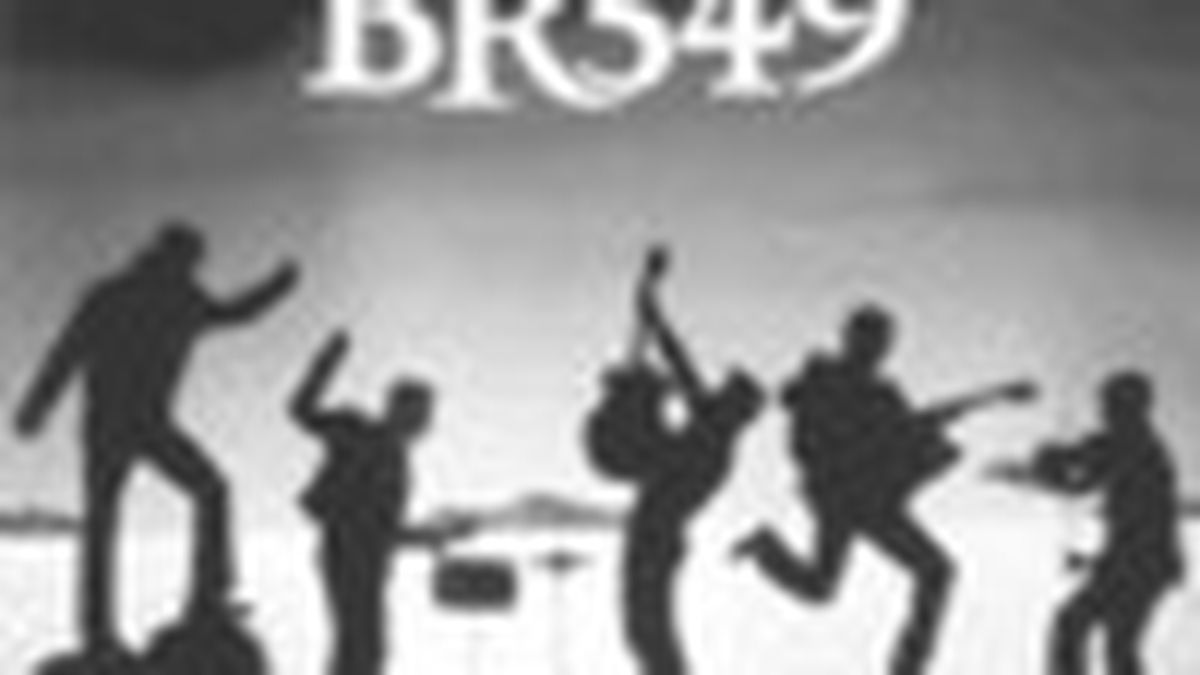 Jumping to Sony’s ever-expanding (and increasingly impressive) Lucky Dog roster, BR549 (the hyphen apparently lost mid-leap) inks a new chapter in its career, shaking off the retro-darling alt.country tag and bringing its uncompromised twang to a wider audience. Like another of producer Paul Worley’s clients, the Dixie Chicks, BR549 retains its essential elements–a band dynamic honed in countless live gigs, a deep appreciation of all manner of country music, and a unique sense of humor–even as it steps up to broader success. Its fifth release mixes a half-dozen originals with new tunes from NRBQ’s Al Anderson and songwriting legend Harlan Howard, plus a few well-selected covers. The Everly Brothers’ “The Price of Love” features the sort of duet singing regularly heard in the band’s live set. A potent (and sadly still pertinent) reworking of Anne Murray’s 1983 hit “A Little Good News” shows just how badly country radio needs an act with such finely tuned sensibilities. Just like labelmate Charlie Robison, BR549 has crafted a disc that will both satisfy the faithful and open the ears of new fans. –Eli Messinger

When this was recorded in 1969, the two principals could not have been more different. Vibist Gary Burton was one of jazz’s advance scouts for the then new-and-scary “fusion” phase in jazz history (by 1972, when this was originally released, Burton had recorded with Nashville country musicians as well as Carla Bley and Keith Jarrett); violinist Stephane Grappelli was one of small-band swing’s elder statesmen, playing in Django Reinhardt’s Hot Club Quintet in the ’30s. Yet their Paris Encounter works wonderfully, with Burton’s modern, crystalline sound shining alongside Grappelli’s congenial swing and sublime Gypsy/Gallic romanticism (he’ll break, then repair, your heart on “Here’s That Rainy Day”). The program is almost all jazz standards, and the progressive, fluid styles of Burton bandmates Steve Swallow (an equal participant on electric bass) and Bill Goodwin (drums) keep this encounter far from a facile jam session. The group interplay on the magnificent, swirling Swallow original “Eiderdown” proves that Grappelli could more-than-ably wail with hepcats over thirty years his junior. –Mark Keresman

Solal is a virtuoso French pianist who has led trios for much of his career, but this confident outing for a twelve-piece band shows him to be a master of ensemble arranging. Since the best Ellington tributes of recent times have depended on exceptional soloists and/or seldom-performed aspects of the Ducal lexicon for interest, a glance at the overly-familiar tunes and unfamiliar players on the sleeve of this disc might cause some alarm. Do we really need a three-millionth cover of “Caravan”? Actually, the complete reworkings on this record take much more imagination than covering unusual tunes might. Instead of setting up solos with enough backing to provide color and direction, Solal uses Duke’s melodies for thematic development as if they were the basis of a very hip film score. The band brings a dozen years’ worth of experience to bear on these imaginative, demanding arrangements, and makes them live and breathe. –Duck Baker