Kamaiyah is also part of the line-up 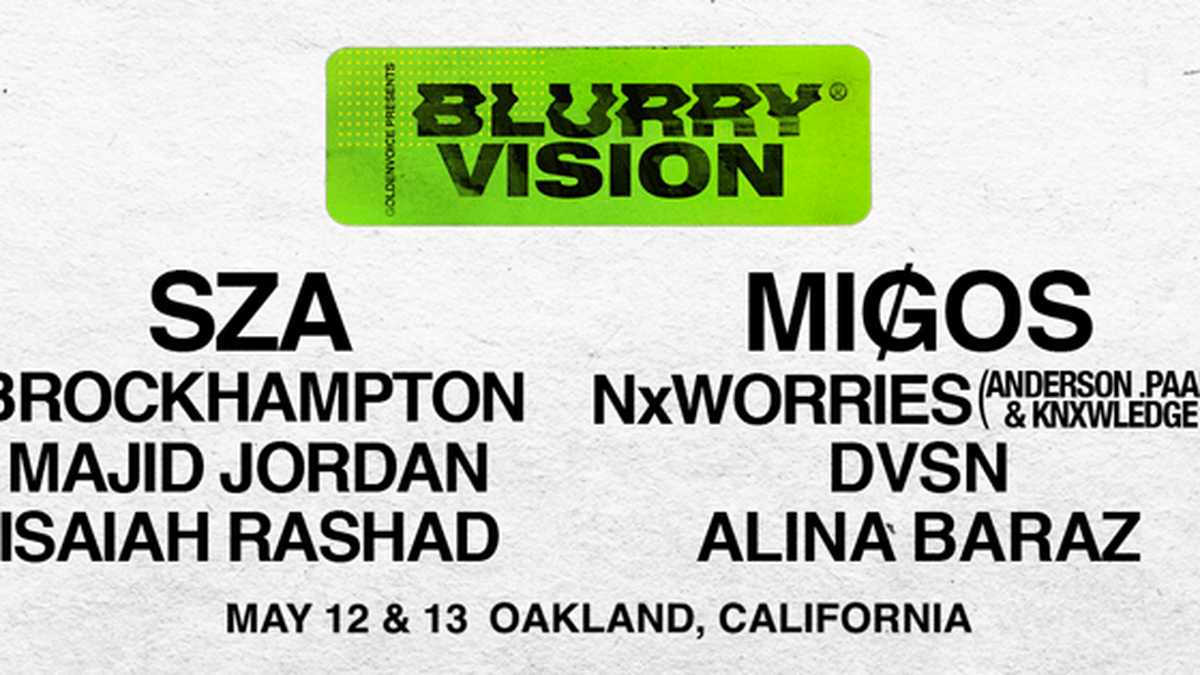 
Living in Northern California means that there’s never a shortage of music events to attend. Lucky for us, Outside Lands, Bottle Rock, Burger Boogaloo, Oakland Music Festival, and Noise Pop are some of the dope music festivals that grace our geographical area every year.

Last year, Alameda saw the inaugural Ship Show Festival, which was held aboard the USS Hornet. The two-day fest featured some of the best hip-hop acts, which culminated with an epic performance by hip-hop institution Wu-Tang Clan. While it is still unknown if Ship Show will return to the island, hip-hop and R&B lovers can rejoice with a brand-new festival, which will be held in Oakland this coming May.

Golden Voice is bringing Blurry Vision to the Middle Harbor Shoreline Park in Oakland on Saturday, May 12, and Sunday, May 13. The festival will be headlined by none other than SZA, the R&B rising star (who should’ve won the five Grammys she was nominated for), and rap trio Migos.

Being that the festival is in Oakland, our very own Kamaiyah is also part of the bill. Other notable acts include: Kendrick Lamar protégé Isaiah Rashad, Roy Woods, who is part of Drake’s record label OVO, rising group Brockhampton, and many others.

Blurry Vision will be two days of all hip-hop and R&B, and tickets are also pretty affordable in comparison to other music festivals. Single GA is only $99, and two-day GA is $185. The two headliners and view at the site alone are worth the price.

Tickets go on sale this Friday at 10 a.m. Check out the Blurry Vision site for the full line-up and ticket info.

Next ArticleOP-ED: Black Futures Month: Safe Space as Service to Us, by Us