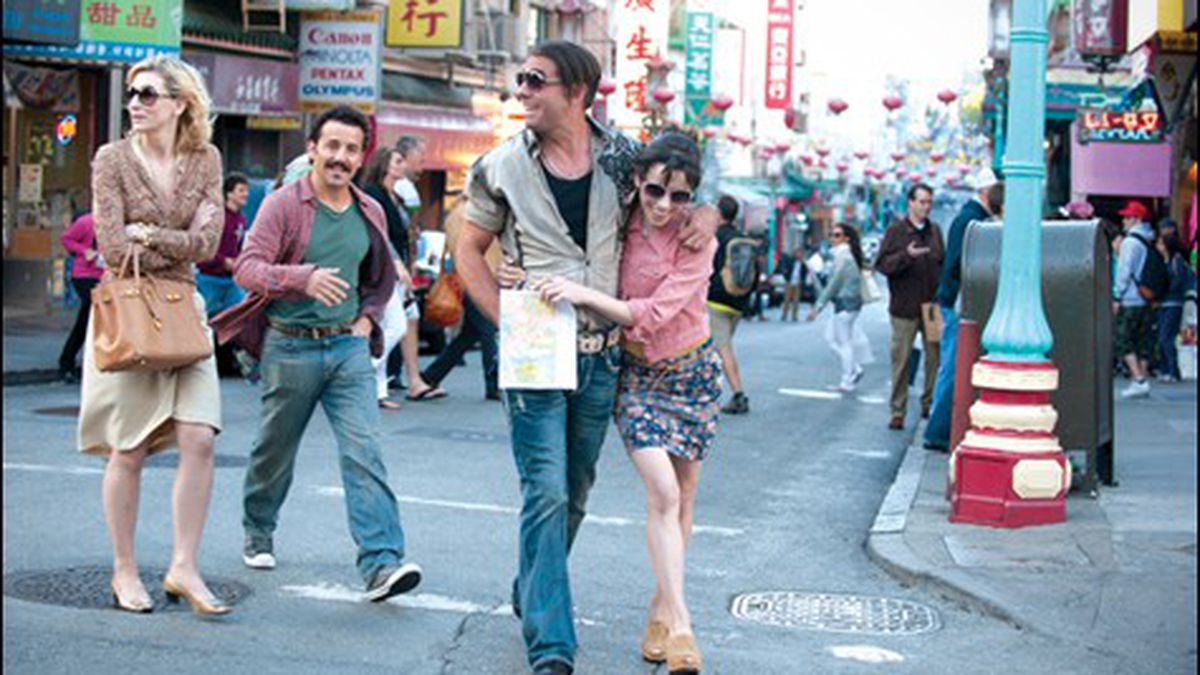 Woody's back, and Cate's got him.

Let’s be frank. Before Blue Jasmine, Woody Allen hadn’t made a really top-notch movie in years. We could bring forth Match Point or Vicky Cristina Barcelona or maybe Midnight in Paris as evidence that he had not completely gone to seed, but there’s nothing in the past two decades of Allen’s filmography to compare with Annie Hall, Manhattan, Hannah and Her Sisters, Crimes and Misdemeanors, or any of the other must-sees of his 47-year career in film. All too often we’ve been treated to airless escapades like Hollywood Ending. Before the filmmaker turned to the safe haven of European settings beginning with Match Point in 2005 — a move that briefly revitalized his outlook — it seemed as if Allen’s muse had deserted him. The suspicion was that time had passed him by, that the former standup comic’s inspiration had been left to gather dust with the 1940s showbiz formulas he could never quite relinquish.

But we can stop worrying now. The Woodman is back. Blue Jasmine, a bittersweet vignette of a woman adrift, is Allen’s best film since the early Nineties. When self-pitying, hard-drinking, pill-popping, delusional Jasmine French (Cate Blanchett) arrives at the apartment of her sister Ginger (Sally Hawkins) in San Francisco’s Mission District to try to regain control of her life after the death of her businessman-turned-crook husband Hal (Alec Baldwin, in flashback), we’re treated to a cast of classic Allen characters with all the trimmings. Those trimmings include Jasmine’s close resemblance to Tennessee Williams’ Blanche DuBois from A Streetcar Named Desire, but that’s more or less what we’ve come to expect. For Woody, the 20th century will never end.

Jasmine is snobbish, nervous, brittle, and aggressively loquacious, definitely someone for even casual acquaintances to avoid. In her mind she’s still the New York socialite wife of a fabulously successful man, a sophisticate with little patience for her unassuming adopted sister Ginger and Ginger’s prole boyfriend, Chili (Bobby Cannavale). Never mind that it’s Ginger who’s rescuing Jasmine. Comic predicaments arise around socializing and Jasmine’s need to find work, and together Blanchett and Hawkins turn in two of the most satisfying ensemble performances of the year — every bit in the same class as Allen female protagonists Mia Farrow, Diane Keaton, Judy Davis, Dianne Wiest, et al. Laid-back, sweet-natured Ginger is salt-of-the-earth sexy. We’re on her side immediately, the same way we were for Hawkins’ Poppy in Mike Leigh’s Happy-Go-Lucky. But in the end it’s Blanchett’s show, as a pathetic, Stoli-guzzling, social-climbing has-been who escapes into visions of her past at the slightest provocation. The further she descends, the more fascinating she becomes. What can this actress not do brilliantly?

The supporting cast is just as inspired. Cannavale is not exactly Stanley Kowalski, but he and Andrew Dice Clay, in the role of Ginger’s ex-husband Augie — a rediscovery worthy of Quentin Tarantino’s retreads gallery — steal their share of scenes as Bay Area working stiffs, the exact obverse of slick con man Hal. The sisters’ potential suitors march past in lockstep: Peter Sarsgaard as a patrician diplomat with his eye on Jasmine, Louis C.K. as Ginger’s preferred tradesman type, and Michael Stuhlbarg as a randy dentist. Blue Jasmine has more or less the same variety of colorful characters as To Rome with Love, but in a much better screenplay. Where the latter movie was a loose collection of themed situations, this latest Allen narrative has a whole-cloth feel to it, the story of one particular woman.

Again, Blanchett makes all the difference. The collision of her performance with one of Allen’s very best screenplays is one of the season’s major joys. And we’re happy that the production avoided the usual tourist-trap locations. This way, we can imagine Jasmine and Ginger in their own private San Francisco, and ours.