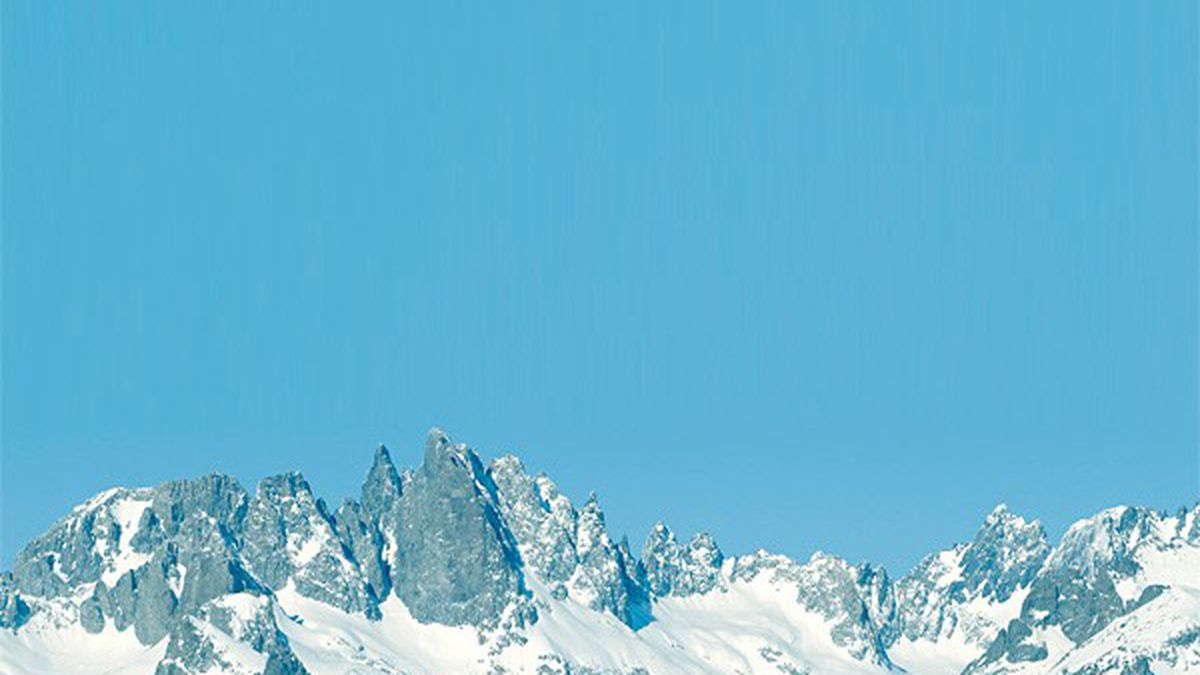 The reasons Mammoth Mountain is daunting are the reasons it has no equals. If only you can get there.

Yeah, so Mammoth is a commitment, as in, anyone suggesting a weekend trip to Mammoth Mountain ought to be committed. It’s too far — a six- to seven-hour drive from Oakland, assuming good weather and light traffic going up Route 50 from Sacto (ha ha). Plus, Mammoth’s aprés ski scene is pretty much a disaster compared with other resorts, and there frequently is a lot of wind.

So commit me already.

Mammoth Mountain is a round-topped volcano that tops out at 11,053 feet. Its Main Lodge is at 9,000 feet, and its base elevation, at Little Eagle Lodge, is at 7,953 feet. It’s Kirkwood on steroids, and that’s a compliment to Kirkwood.

The massive faces at the top of Mammoth Mountain offer wide-open skiing and freeride snowboarding at intermediate, advanced, and expert levels; long, non-stop “mountain runs,” and three world-class terrain parks designed by a diabolical madman named Oren Tanzer. There are fifty or so jumps and fifty-plus flat bars, round double and single bars, kinked rails and boxes, along with half-pipes and a “Super Duper” pipe that is a favorite among the Shaun Whites and Mason Aguirres of the world. Tanzer by himself keeps the orthopedic surgeons at the local Mammoth Hospital busy throughout the season.

Big-mountain snowboard pro Steve Klassen is a regular at Mammoth (he owns a spiffy snowboard shop in town) and it says a lot about Mammoth’s steeps and chutes that this year he is bringing in the world’s best big-mountain skiers and boarders as part of the Freeride World Tour, a frightening new circuit that features international skiers and boarders taking on some of the toughest terrain in the world. The tour will stop in Mammoth January 22-26.

The ski area, not even including sister hill June Mountain to the north, has 29 lifts, 3,500 acres of skiable terrain, and a vertical of 3,100 feet.

Combined with some of the most unusual — and dreamy — snow conditions in North America, Mammoth might be worth a shot this season.

The mountain itself lies due east of the Monterey Peninsula, catching the weather that blows in from the sea. If there’s a storm in Monterey, Mammoth will get a dump. But it’s an unusual kind of dump. Mammoth Mountain is situated on the east side of the Sierra crest, in a low saddle of the High Sierra. When weather comes in from the west, the storm slams up against the western wall of the High Sierra crest, then finds that saddle, shoots through the opening, and dumps its load on Mammoth. The snow has a tendency to be a bit drier than the resorts on the West Side.

That saddle, which lies at the top of the San Joaquin River drainage, also allows wind to come through in blasts that can knock you off your feet, and that’s a good thing. The wind, when it comes over the ridge and blows through the ski area, creates a kind of snow that the locals fondly call “wind-pack.” To the Mammothists, the wind is a natural grooming mechanism that smoothes the snow into a kind of light meringue.

Local icon “Powder Dan” Molnar (he gets his nickname honestly) is a chef who was educated at the Culinary Institute of America. He has worked ski seasons in Aspen, Tahoe, and Mammoth, and says his best-ever days are wind-pack days at Mammoth.

“When you wake up and see that spume of snow blowing on the top of the mountain,” he said, “those are the best days anywhere.”

One day a couple of Novembers ago, three ski patrollers and the terrific local telemark skier Ryan Boyer were heading up to summit on the high-speed gondola and marveled at the wind whipping down from above. They were all smiling. “Blow, wind, blow,” said one of the patrollers. “People just don’t know.”

Once at the top, Boyer pushed off an expert run called “Climax” and made a number of lovely, high-speed carved turns, his knees grazing the top of the meringue in classic tele style. By the time he loaded into the gondola for his next run, his tracks were covered, utterly smoothed out by the wind.

The terrain itself offers a terrific variety. There is fine glade skiing/boarding on the eastern face of the mountain, the so-called “Dragon’s Back,” which this season will be served by a new, high-speed six-passenger lift called “Cloud Nine Express.” That lift will take passengers to over 10,000 feet in about six minutes.

Tree skiing is excellent in Hemlock Bowl, a face that is accessible only by hiking to the crest, and which drops down onto Chair 14 Outpost. For the spectators, it is excellent entertainment to sit out on the outdoor deck with a refreshment or two and watch these people drop through the forest.

Groomed terrain is plentiful, but the mountain also takes care to preserve a lot of ungroomed terrain and to leave some of the mogul fields alone.

There are plenty of downsides to Mammoth, which is why it has never really managed to get much better than ninth in SKI magazine’s regular resort survey.

The Mammoth-Yosemite Airport still has no commercial service from the Bay Area, and probably will see only limited commercial service this year on small planes coming from Vegas, Phoenix, and the LA area. The town is spread out over four square miles and doesn’t have a walkable center. The Village at Mammoth is a snarky, cookie-cutter “village” created by Intrawest, the Canadian resort company. It’s all right if you’re staying there, but it’s not a village in any true sense of the word. (It does, however, feature a gondola that gets you up to the ski area from town.)

And, of course, it’s a long drive. For the Southern Californians, it’s a five- to seven-hour drive through the Mojave Desert from LA, San Diego, or San Berdoo. But there are no big mountain ranges for them, so the long drive hasn’t seemed to have been a problem in the fifty years the resort has been open. (Mammoth drew 1.5 million skier visits two seasons ago.)

So yeah, it’s a commitment for a weekend trip, but sign me up. Check that. Make it at least a three-day trip. Better yet, plan four or five days if you can wrangle it.

Mammoth is kinda worth it.&#8;

Oakland Cops: ‘That’s Not the Way We Do It’