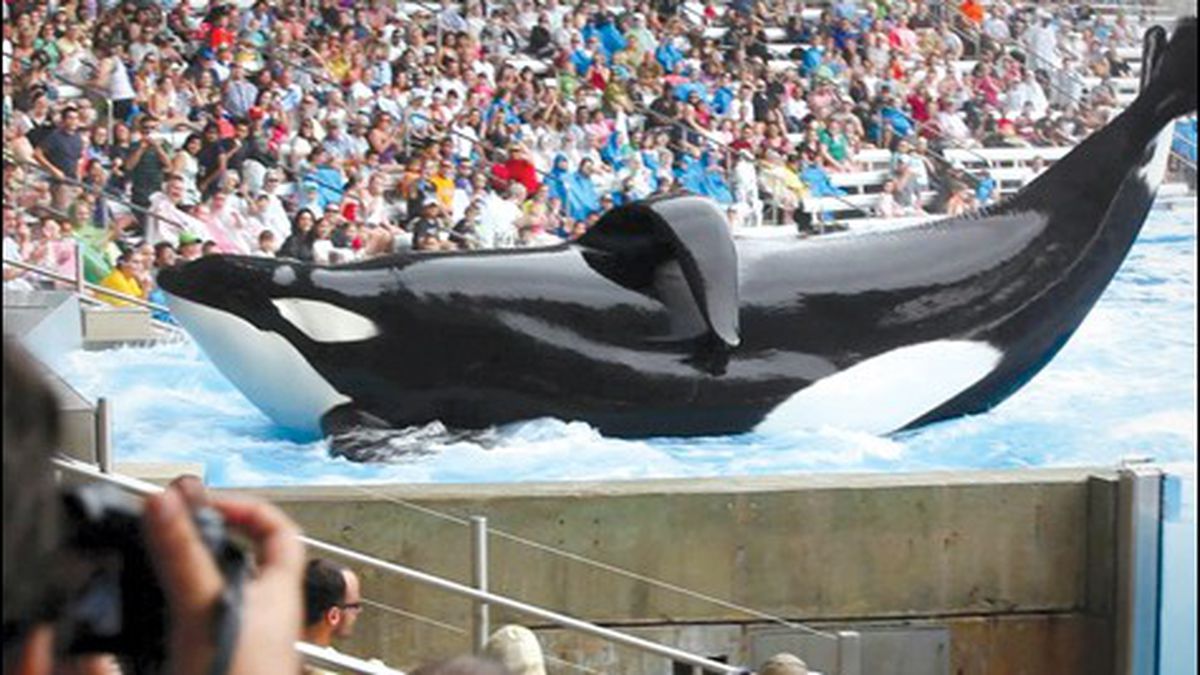 Blame it on Flipper.

Anything we might have neglected to learn from The Cove or Rust and Bone about the inadvisability of using orcas to entertain crowds of people, Blackfish provides in abundance. It’s the one save-the-whales movie to see when you only have time for one.

Contrary to fanciful TV commercials showing happy orcas frolicking mid-air over CGI cityscapes, the capture and exploitation of so-called “killer whales” is a dirty business. Take it from Tilikum, the 8,000-pounder whose career serves as the centerpiece of this informative but somber documentary by Gabriela Cowperthwaite. Bull orca Tilikum chomped to death at least three of his trainers at various sea parks, and as such is exhibit number one for the argument that these large, intelligent mammals (they have advanced brain functions, use languages and maintain a matriarchal society) respond to cruel treatment with a combination of boredom and ferocity. The guiding concept is that orcas, dolphins, and porpoises are too intelligent to stand mistreatment for long. Some whales just get pissed off and don’t want to take it anymore. That’s unfortunate, because it has taken years for “killer whales” to stop being demonized in the popular imagination.

Without veering too far into Jaws territory, the doc alternates scary footage of attacking orcas with first-person accounts of inhumane hunts and training (confinement, food deprivation, etc.). No wonder they go berserk. One nutty guy broke into Sea World at night to have his own private, magical experience with the orcas, and Tilikum killed him — they found the man naked and mutilated. Tearful former hunters and trainers confess their crimes for the camera, and now we have to add sea parks to the “don’t visit” list, alongside Wal-Mart, Starbucks, animal fights, and air shows. Blame it on Flipper.