Bey IV ‘Stunned’ By Verdict; Bailey’s Cousin Says Journalist Would Have Said ‘Justice Has Been Done”

Yusuf Bey IV, the former head of the infamous Oakland institution Your Black Muslim Bakery, was convicted of three counts of first degree murder today, including the murder of Oakland journalist Chauncey Bailey. Bey’s co-defendent, Antoine Mackey, was also convicted of Bailey’s murder as well as another count of first degree murder for the shooting of Michael Wills, Jr. 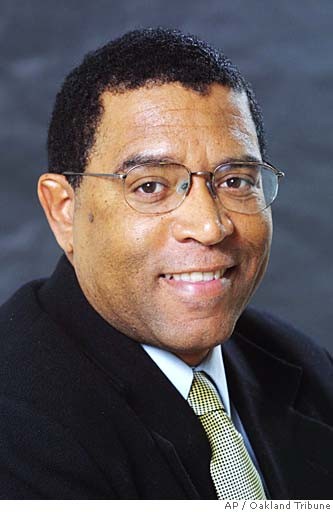 Bailey’s cousin, Wendy Ashley-Johnson, told reporters that she had prayed that this would be the jury’s decision. “It’s over,” she said, relieved, and thanked the jury and the district attorney’s office for their role in the conviction. She said that Bailey would have wanted the truth about the murders to get out, and said Bailey would have said, “Justice has been done.”

Bey’s defense attorney, Gene Peretti, said he was disappointed, and described Bey as “a little bit stunned” by the verdict. Peretti argued in his closing statements that prosecutors did not have sufficient evidence to prove Bey’s guilt beyond a reasonable doubt, and that Bailey’s confessed shooter, Devaughndre Broussard, had concocted a story that Bey ordered him to kill Bailey and another man, Odell Roberson, in order to receive a more lenient sentence from prosecutors. Broussard will serve a 25 year sentence in exchange for his testimony, reduced from the possibility of life without parole.

Facebook
Twitter
Linkedin
Previous articleBreaking News: Bey IV Guilty of Murdering Chauncey Bailey
Next articleWeekender: The Top Five Things to Do Over the Next Three Days in the East Bay
18,644FansLike
0FollowersFollow
67,429FollowersFollow