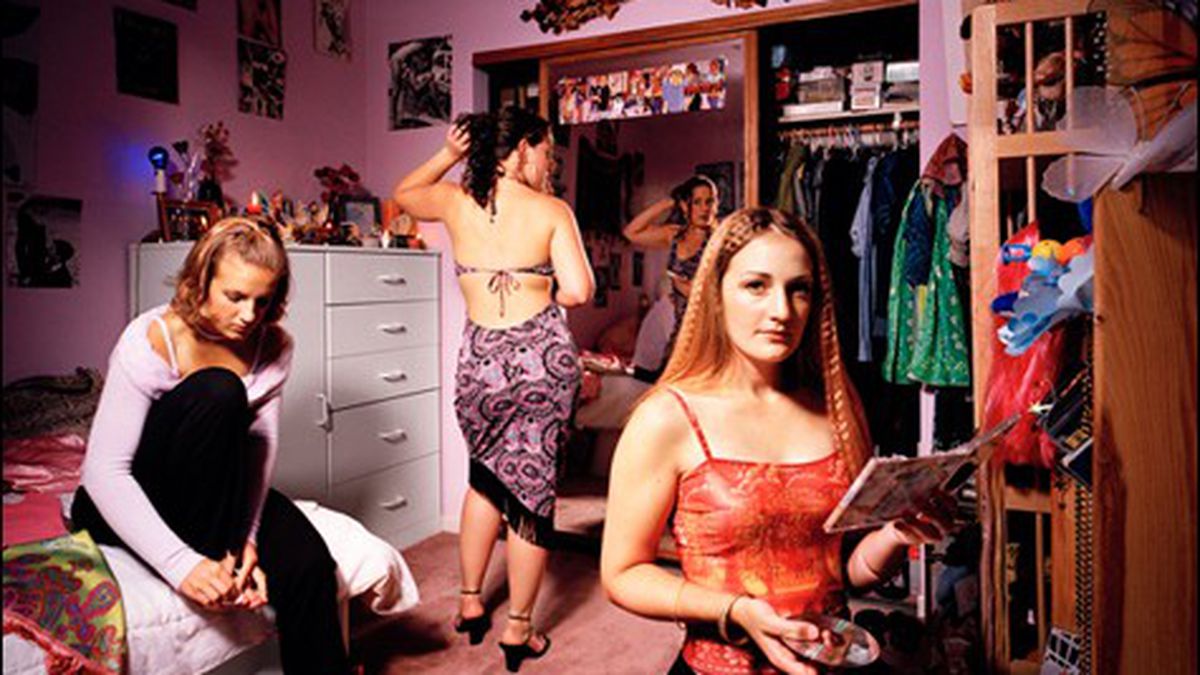 Beth Yarnelle Edwards’ Suburban Dreams, now at the Oakland Museum of California, plunges viewers into the spotlessly carpeted heart of middle-class Silicon Valley. As the second installment of the museum’s three-part California Photography series, the lushly hued Suburban Dreams seems a natural enough progression from its stark predecessor, Ken and Melanie Light’s Valley of Shadows and Dreams, which documented the conditions of life in the impoverished Central Valley. Surely, these two worlds — soft suburbia and harsh hinterland — represent two of the most prominent facets composing the Golden State’s complex and often troubling identity.

On the other hand, as Robert Evren notes in Suburban Dreams‘ accompanying book, suburbia is actually rather alien to “ambitious photography.” Photographers, long operating in what seemed an aesthetic gray area that was neither purely commercial nor, until recently, fine art, vied for legitimacy by embracing the journalistic or ethnographic potential of their medium. The comfortable parlors of middle-class existence fell thoroughly outside of this purview. In this sense, Surburban Dreams is a novel and distinctly contemporary series.

The artist further breaks from the longstanding journalistic imperative of her medium by eschewing candidness and embracing artifice, to a degree. She works together with her subjects to collaboratively stage scenes that authentically illustrate moments representative of their everyday lives while also amplifying certain aspects in the interest of a strong narrative reading.

No doubt, this accounts for the palpable awkwardness that many of these photographs exude. While photography always freezes a scene, somehow these shots manage to make especially manifest the sense of poses struck and held still. A music recital, girls dressing to go out, even a front-yard baseball game petrify into painterly tableaux.

Beyond awkwardness, however, a subtle sense of terror permeates these scenes, and its source is tougher to pinpoint. Perhaps it is Edwards’ oversaturated colors and gentle yet dramatic lighting, which imbue these sterile interiors with the claustrophobic artificiality of dollhouses. Or perhaps it is the content of the photographs that depresses: The sheer amount of stuff to which these subjects cling, or the banal, materialistic posturing they assume. But Edwards dismisses these readings, insisting that she pursued these subjects only with interest, not criticality, precisely because she found them to be genuinely happy, not pathetic — something that she, a displaced urbanite, was having trouble grasping. Maybe, then, in exposing a mentality not often captured by “serious photography,” Suburban Dreams is indeed more radical than it lets on. It is worth asking: Who’s afraid of the suburbs?