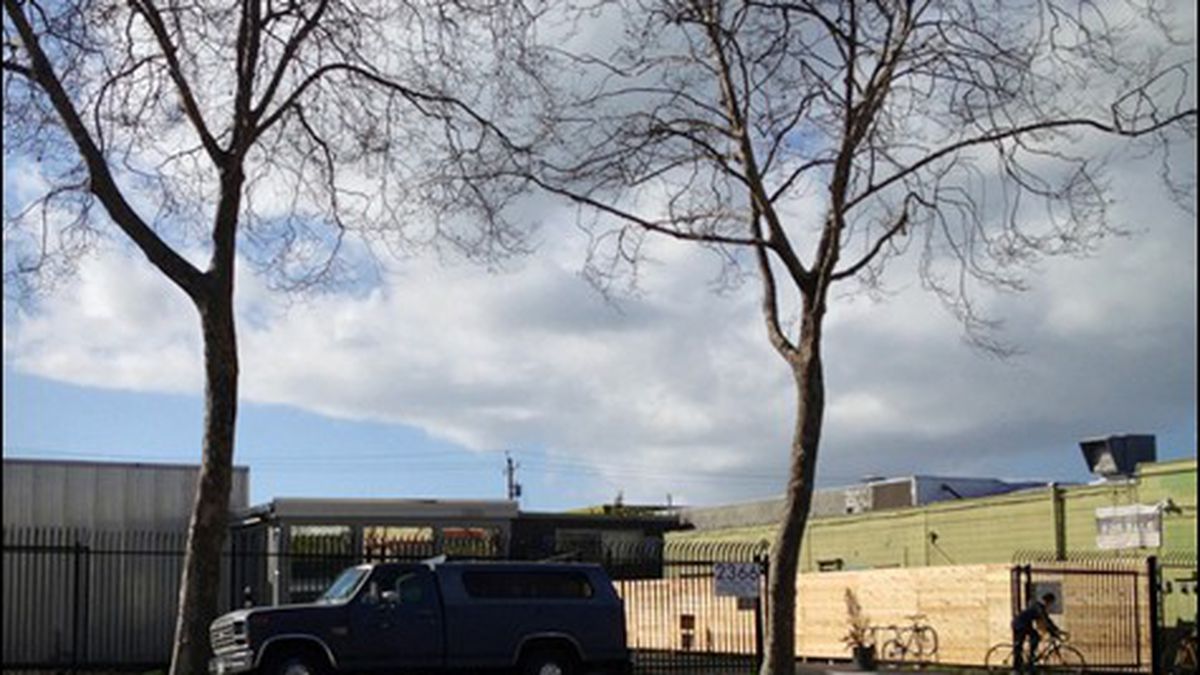 Harassed by federal gendarmes, the Berkeley icon has reopened in a new location and remains a national model for medical cannabis dispensaries.

There are few better metaphors for the Bay Area’s perseverance in the face of the sixteen-month-long federal crackdown on medical marijuana than Berkeley Patients Group’s new storefront. After the feds kicked BPG out of its original home in May 2012, the dispensary pulled off what few expected: It found another place to lease. In the fall of 2012, the club ripped up the overgrown lot at 2366 San Pablo Avenue, laid fresh asphalt, and began rehabbing the small, 1,200-square-foot building that was onsite.

The simple, white cinderblock, one-story structure represents a considerable step down in stature from BPG’s former home of thirteen years at 2477 San Pablo. But BPG’s new spot is open, professionally run, and still carries some of the finest flowers, edibles, concentrates, and clones in the world. In short, BPG’s new digs are emblematic of a Bay Area medical marijuana industry that remains unbowed despite the very real threat of raids, federal prison time, and millions of dollars worth of property forfeiture.

And that’s good news for the region’s tens of thousands of medical marijuana patients who need access to the drug to fight wasting due to AIDS, nausea from chemotherapy, and chronic neuropathic pain, as well as insomnia, depression, anxiety, and other issues. Yet few seem to know that Berkeley Patients Group has reopened, as evidenced by the ample parking spaces available during a recent visit.

The area around BPG is a bit rough though: It’s next to a decrepit foam factory and a salvage yard, and at night, drug dealers and prostitutes work the strip. In fact, before Berkeley Patients Group moved in, the site was a blighted eyesore with a history of pollution.

BPG has erected an eight-foot-tall black fence that rolls open during store hours of 9 a.m. to 9 p.m., seven days a week. BPG also posted security at the doors, and cameras monitor the property 24-7, cutting down the security risk on the block.

BPG is also trying to be a good neighbor. Patients who join the collective must agree to rules like no littering, loitering, or loud music in cars, as well as no smoking onsite or nearby. Indeed, the whole exterior seemed clean, secure, and organized when we visited recently.

Behind the wheelchair-accessible entrance, the interior is simple, professional, and efficient. On one side are chairs for filling out paperwork in order to join the collective, which requires a valid California ID and a current doctor’s recommendation for cannabis. Joining takes about ten minutes, and new patients receive a free gift bag containing a pre-rolled joint, sample Kiva weed chocolate, and other goodies.

BPG’s former location felt like a large, poorly lit warren of cubicles and sales stations that stank of smoke from the popular lounge. By contrast, BPG’s new spot is smoke-free, bright, and easy to navigate. From the check-in desk, patients can see where to line up and can read the menus on flat-screen monitors behind the counters.

Although BPG officials declined to be interviewed for this story, the club’s staff — as it was at the previous location — is courteous, professional, knowledgeable, and firm, and the approach works. During our visit, BPG’s customers skewed toward women and seniors, two groups that tend to avoid sketchy clubs.

Around since 1999, BPG also clearly has some great relationships with top-notch growers, because the club still carries some of the best medical-grade cannabis available. The selection is a little overwhelming at first, so we recommend making a list of strains you’d like to examine based on BPG’s online menu. In person, we were very impressed with the nose and look of the Tahoe OG, Cherry OG, and Double Dream. Both the OG Kush and Blue Dream strains are among the most potent hybrids in the world, widely used by people seeking relief from stress and tension.

BPG’s bud selection — as good as it is — is outdone by the club’s huge edible and topical selection, featuring dozens of medicated drinks, sweet and savory snacks, as well as rubs and sprays.

Staffers were patient and knowledgeable while we went through pretty much the entire menu, one by one. Prices ranged from expensive $55 eighth-ounces for top-shelf flowers to bargain sungrown specials for $25 per eighth-ounce. BPG also takes credit and debit cards — a godsend during the crackdown, which has cut off merchant services to many Bay Area clubs, rendering them cash-only.

Bottom line: If the feds hoped to make an example of BPG, they have. The club remains a national model of medical pot distribution, and now it’s also a testament to the waste and futility of federal overreach.