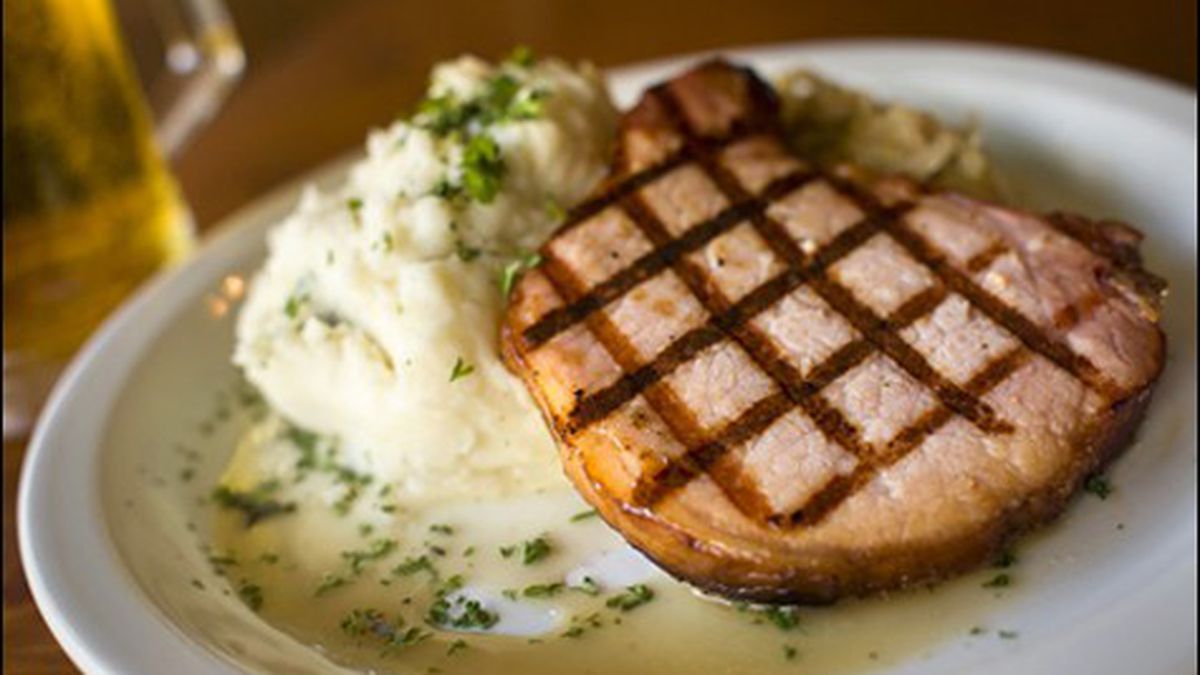 Beginnings and Endings at the Baltic

Occasional bouts of food poisoning notwithstanding, being a restaurant critic isn’t a bad way to make a living. There’s the miraculous fact that someone’s paying you to go out and eat. If the service is snooty because you’re part of the wrong demographic, you can tell the whole world about it. And if your beat happens to be the always intriguing smorgasbord of the East Bay, you’re sure to come across snacks and platters and sweets and cocktails well worth remembering. During my three and a half years reviewing restaurants for the Express, I’ve eaten at 94 restaurants, and while seven of them were god-awful, a good two dozen gave my colleagues and me that sweet, satisfied, all-is-right-with-the-world feeling that only a really terrific meal can deliver.

So where to go for my final Express restaurant column? I considered Chez Panisse, but getting a reservation on two days’ notice was problematic, or Fondue Fred, a fondly remembered vestige of my college days, but they don’t serve hard liquor and this was going to be an evening that required hard liquor. Happily, The Baltic in Point Richmond not only dispenses the hooch cheerfully and professionally, but it also was the first East Bay restaurant I ever went to, an exotic, ancient, darkling relic in a tiny village on the mysterious eastern shores of the Richmond Bridge that happened to serve the best pizza I’d ever tasted.

The Baltic has reinvented itself so many times, it’s not surprising that the pizza has been supplanted by a full German menu. The 107-year-old brick Victorian started out as a neighborhood tavern and in the decades since has served as a bordello, funeral parlor, firehouse, city hall, speakeasy, nightspot, and restaurant. Today it’s as dimly lit and as well worn as you’d hope such a venerable local legend would be, with lots of exposed brick and polished dark wood, old amber wall sconces, stained-glass and billiard-felt accents, and the establishment’s star attraction, a beautiful old bar with an enormous back mirror that’s been a fixture since the place opened. (It’s even mentioned in one of Jack London’s early tales.)

The Baltic’s house cuisine is as hearty and unique as German food itself, fragrant with sauerkraut and sausage and caraway and apples, but the quality of the execution ranges from fresh and tasty to heavy and bland. One meal-opener, potato pancakes, had a nice crunchy texture but little flavor. The appetizer-size Nurnberger bratwursts, on the other hand, were creamy on the inside and perfectly grilled and crackly-crisp on the outside, with a bed of tangy sauerkraut adding zing and bite. The split-pea soup with sausage was thick, creamy, smoky, and robust, a lovely bowl on a cool, foggy night, while the seemingly simple house salad turned out to be a lovely, palate-cleansing mosaic of red beets, white cabbage, carrots, and cucumber doused in a brisk, tart dressing.

One of our favorite entrées was another simple dish, the spatzle with caramelized onions, a marvelous variation on mac ‘n’ cheese — half chewy, buttery noodles and half melted Emmentaller served in a big molten cheesy casserole. Despite all of the spinach, onion, goat cheese, and roasted red peppers that went into it, the vegetable strudel had an under-seasoned quality, but it was undeniably hearty. The house wienerschnitzel (breaded pork loin) was on the bland side as well, with too much crunchy breading to boot; we liked the somewhat juicier jagerschnitzel (sautéed pork loin with mushroom sauce) more, although it could’ve used a bit of spicing as well. The plain old grilled pork chop fared better, with its smoky flavor and prickly sauerkraut, and the fresh bratwurst was a treat — coarse in texture but milder than the Nurnberger variety, with a crunchy brown skin for contrast. The sauerbraten (braised wine-marinated beef with cranberry sauce) had a robust sweet-and-sour flavor but was as dry as the schnitzel, as was the surprisingly mild venison steak. But the beef gulasch (stew) was fork-tender yet hearty, with a hint of paprika and lots of rich flavor.

For dessert there’s a nice Black Forest cake with a light whipped-cream frosting, bits of sweet iridescent cherry tucked between the layers of fluffy chocolate cake, and chocolate shavings scattered throughout; and a really nice apple strudel involving warm and tender spiced fruit, buttery puff pastry, more whipped cream, and a scoop of vanilla ice cream from Tuckers Ice Creamery in Alameda for good measure. (Chase it with a cup of kaffee from Richmond’s own Catahoula Coffee Company.)

Despite the beer garden and the house cuisine, the Baltic’s draft beer selection is only adequate, offering eight brews on tap, five of them German. (Go for the rich, dark Spaten Optimator, especially tasty by the two-liter boot.) The seventeen bottled beers offer a wider selection and include Weihenstephan Vitus‘s sweet, yeasty hefe-bock. The 25-item wine list is on the disappointing side as well, with only six German whites represented among the locally crafted zins, pinots, and chardonnays. The bar also shakes up a few specialty cocktails including the Rumikin, a pleasantly sweet, fruity tropical shakeup of peach schnapps, pineapple juice, and dark rum.

Although the menu is loaded with pork, beef, and venison, there are two entrées (the vegetable strudel and the cheese spatzle) ideal for vegetarians. You can kick off an all-veggie meal with the potato pancakes, the split pea soup (hold the sausage), and the salad with beets, cucumbers, carrots, and cabbage. Meatless side dishes include sauerkraut, sautéed spinach, French fries, mashed or roasted potatoes, a mixed house salad, that buttery al dente spatzle, and puckery, creamy braised red cabbage.

After supper we repaired to Hotel Mac up the street because my first Express column was about Hotel Mac, and when nostalgia comes a-calling you might as well kick the door wide open. So here’s to the Mac and the Baltic and all the other joints, high and low, that make the East Bay such a fine place to take a meal.

East Bay Sees a Slew of New Print Publications in 2017